Scientists Say Stuff Might Have Been Happening Before the Big Bang

We might be entirely wrong about the Big Bang. 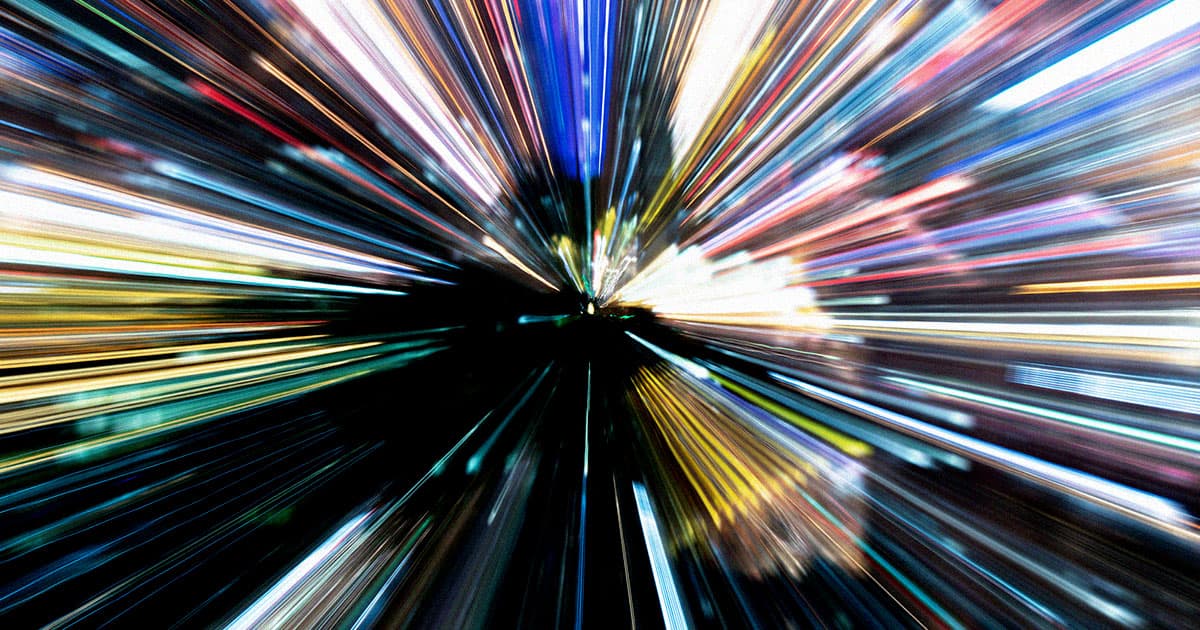 An international team of researchers are suggesting that our understanding of the origins of our universe may need some updates.

As detailed in a new paper published this week in The Astrophysical Journal Letters, they say the universe may have begun with a "Big Bounce" rather than a Big Bang.

In other words, the cosmos may have been born following of the end of a previous cosmological phase — a bounce — and not the result of space-time inflating exponentially into existence.

"Inflation was theorized to explain various fine-tuning challenges of the so-called hot Big Bang model," said first author Sunny Vagnozzi, an astrophysicist at the University of Cambridge, in statement. "It also explains the origin of structure in our Universe as a result of quantum fluctuations."

But, as Vagnozzi argues, there's still a chance we can prove the theory wrong, despite being able to rule out "individual inflationary models."

The paper argues we should probe even deeper into the cosmic microwave background (CMB), some of the electromagnetic remnants dating back to the earliest stages of the universe.

The European Space Agency's Planck spacecraft began measuring the CMB back in 2013 — and the results immediately sounded a little suspect to the researchers.

"When the results from the Planck satellite were announced, they were held up as a confirmation of cosmic inflation," Harvard University astronomer Avi Loeb, who also worked on the paper, said in the statement. "However, some of us argued that the results might be showing just the opposite."

But until we see the universe at it was right after the supposed Big Bang, we won't know for sure.

"The actual edge of the observable universe is at the distance that any signal could have travelled at the speed-of-light limit over the 13.8 billion years that elapsed since the birth of the Universe," Loeb said. "As a result of the expansion of the universe, this edge is currently located 46.5 billion light years away."

"The spherical volume within this boundary is like an archaeological dig centered on us: the deeper we probe into it, the earlier is the layer of cosmic history that we uncover, all the way back to the Big Bang which represents our ultimate horizon," he added. "What lies beyond the horizon is unknown."

In short, we have to dig deeper to study the nature of the universe right after its creation.

But even if we did get a glimpse, we'd have a hard time predicting what came before it.

"A proper understanding of what came before that requires a predictive theory of quantum gravity, which we do not possess," Loeb said.

But that reality hasn't put off the researchers. They suggest we should be looking for the cosmic graviton background, which is made up of freely traveling gravitons, hypothetical elementary particles that could explain gravitational interactions.

The researchers suggest that the CGB could have existed right around the creation of the universe. According to the Big Bang theory, the CGB would have been diluted to the point of no longer being detectable.

Therefore, if the researchers were to detect it, they could possibly rule out the Big Bang as a theory altogether.

However, detecting the CGB would require extremely sophisticated technology that simply doesn't exist yet — but that hasn't stopped them from thinking several steps ahead.

READ MORE: Can cosmic inflation be ruled out? [University of Cambridge]

More on the Big Bang: The JWST's Data Is So Incredible That Even Those Who Built It Are Questioning Previous Science

Read This Next
Space Lumps
Scientists Say We May Be Extremely Wrong About the Universe
Primordial Tap Water
The Early Universe Was a Vast Liquid Ocean, Scientists Say
Big Sky
Scientists Say New Experiment Will Determine "Fate of the Universe"
Really Really Really Old
Astronomers Puzzled By Ancient Milky Way-Like Galaxy 12 Billion Light-Years Away
Massive Gravity
New Theory Could Solve Universe’s Biggest Paradox
More on Hard Science
Quacks Like a Duck
Thursday on futurism
Those Headlines About Scientists Building a Wormhole Are Total Nonsense, People
It From Bit
Nov 22 on the byte
A Scientist Is Crowdfunding an Experiment to Check if We Live in a Simulation
Water Carrying
Nov 20 on the byte
Evidence Grows That Soggy Meteorites Gave Earth Its Oceans
READ MORE STORIES ABOUT / Hard Science
Keep up.
Subscribe to our daily newsletter to keep in touch with the subjects shaping our future.
+Social+Newsletter
TopicsAbout UsContact Us
Copyright ©, Camden Media Inc All Rights Reserved. See our User Agreement, Privacy Policy and Data Use Policy. The material on this site may not be reproduced, distributed, transmitted, cached or otherwise used, except with prior written permission of Futurism. Articles may contain affiliate links which enable us to share in the revenue of any purchases made.
Fonts by Typekit and Monotype.