"This result is quite unexpected and has important implications for how we think galaxies evolve." 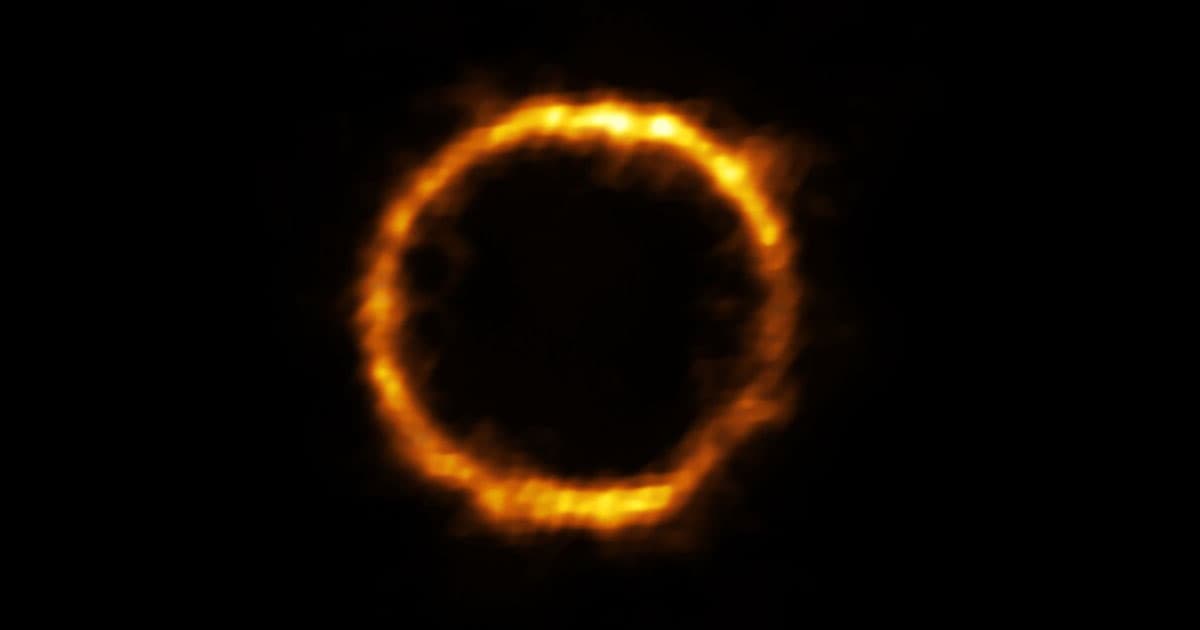 Using the Atacama Large Millimeter/submillimeter Array (ALMA) of telescopes in Chile, astronomers have discovered a Milky Way-like galaxy called SPT0418-47 more than 12 billion light-years away from our own, as detailed in a new paper published in the journal Nature on Wednesday.

That's a big deal considering the entire universe is considered to be only 13.4 billion years old, meaning that the newly found galaxy is an extremely ancient remnant of our universe's very long, distant past, as CNN reports.

Adding to the mystery, early galaxies are usually considered to be extremely unstable and don't resemble the Milky Way, as it is, in most ways.

"This result represents a breakthrough in the field of galaxy formation, showing that the structures that we observe in nearby spiral galaxies and in our Milky Way were already in place 12 billion years ago," Francesca Rizzo, study author and postdoctoral student at the Max Planck Institute for Astrophysics in Germany, in a statement.

The team identified distinct features such as a rotating disk and a bulge, with a large group of stars packed around its center, very much like the Milky Way.

“The big surprise was to find that this galaxy is actually quite similar to nearby galaxies, contrary to all expectations from the models and previous, less detailed, observations,” co-author Filippo Fraternali from the Kapteyn Astronomical Institute at the University of Groningen in the Netherlands, said in the statement.

The trouble is that getting a detailed look at a galaxy 12 billion light-years away is nearly impossible, even with the most powerful telescopes in the world. Luckily, thanks to a technique called gravitational lensing using ALMA, the astronomers were able to look at our universe's ancient past in unprecedented detail. The technique measures the gravitational pull distorts and bends light from faraway galaxies, magnifying it in the process.

The team relied on sophisticated computer modeling techniques to recreate the shape of the galaxy. “What we found was quite puzzling; despite forming stars at a high rate, and therefore being the site of highly energetic processes, SPT0418-47 is the most well-ordered galaxy disc ever observed in the early Universe,”   noted co-author Simona Vegetti from the Max Planck Institute for Astrophysics.

“This result is quite unexpected and has important implications for how we think galaxies evolve," Vegetti added.

The team is hoping to use the European Southern Observatory's upcoming Extremely Large Telescope to get an even closer look and gain a better understanding of what galaxies looked like not much after the Big Bang.

Read This Next
Bangs and Bounces
Scientists Say Stuff Might Have Been Happening Before the Big Bang
The Last Strand
Scientists Puzzled by Weird "Strands" at the Center of Our Galaxy
Primordial Tap Water
The Early Universe Was a Vast Liquid Ocean, Scientists Say
Big Sky
Scientists Say New Experiment Will Determine "Fate of the Universe"
Woooaaah
Scientists: The Human Brain Has Odd Similarities to the Entire Universe
More on Hard Science
It From Bit
Nov 22 on the byte
A Scientist Is Crowdfunding an Experiment to Check if We Live in a Simulation
Water Carrying
Nov 20 on the byte
Evidence Grows That Soggy Meteorites Gave Earth Its Oceans
Shroom News
Nov 20 on the byte
Scientists Build Circuit Boards Based on Mushrooms
READ MORE STORIES ABOUT / Hard Science
Keep up.
Subscribe to our daily newsletter to keep in touch with the subjects shaping our future.
+Social+Newsletter
TopicsAbout UsContact Us
Copyright ©, Camden Media Inc All Rights Reserved. See our User Agreement, Privacy Policy and Data Use Policy. The material on this site may not be reproduced, distributed, transmitted, cached or otherwise used, except with prior written permission of Futurism. Articles may contain affiliate links which enable us to share in the revenue of any purchases made.
Fonts by Typekit and Monotype.