This could change everything we know about the earliest history of the universe. 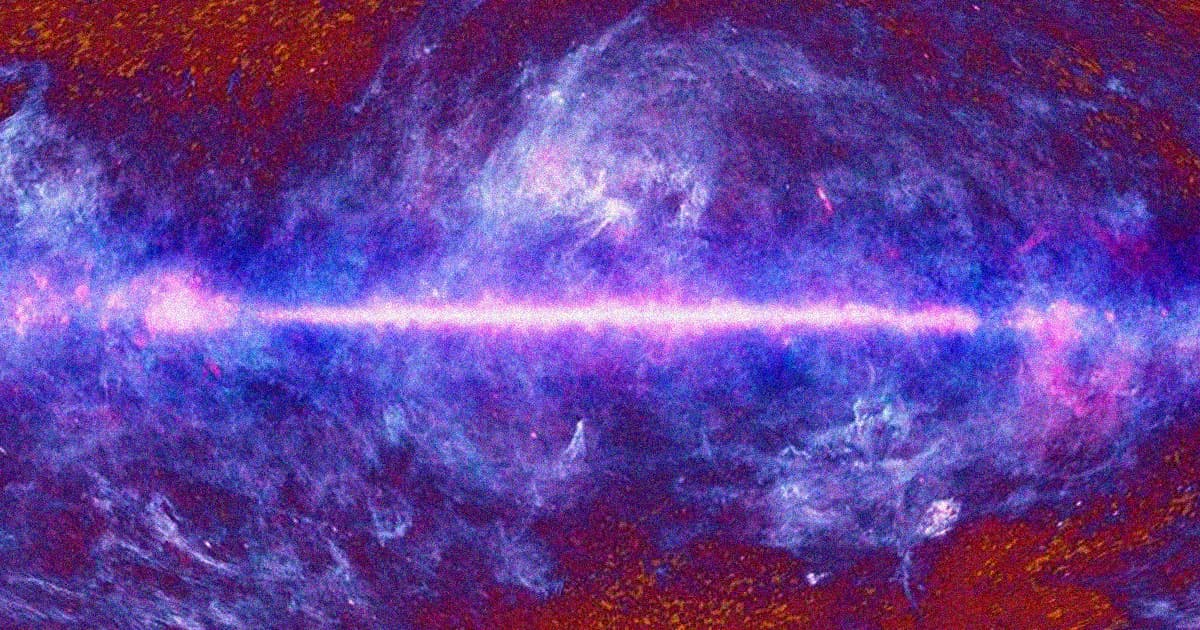 Scientists at Nagoya University in Japan claim to have discovered dark matter that dates back 12 billion years ago, which would make it the earliest observation of the hypothetical substance to date.

Their findings — as detailed in a new paper published in the journal Physical Review Letters — could potentially offer some tantalizing answers about the nature of the universe.

Until now, observations of dark matter only went as far back as ten billion years. Any further than that, and the light was too faint to observe.

"Look at dark matter around distant galaxies? It was a crazy idea," said study co-author and University of Tokyo cosmologist Masami Ouchi, in a statement. "No one realized we could do this."

Dark matter is the mysterious stuff that makes up around 85 percent of the total mass of the universe. It's still one of the biggest unsolved mysteries in modern physics as it is extremely difficult to detect.

Conventionally, scientists use gravitational lensing to look across cosmically vast distances, taking advantage of the gravity of objects of enormous mass, like a galaxy, distorting nearby light into a kind of natural telescope.

Scientists can look through these "lens galaxies" to see the light of even older galaxies behind them. And because dark matter interacts with gravity, the more of it there is in those galaxies, the more distortion — which is something that scientists can measure.

But since visible light is too faint past ten billion years for current observatories to detect, the scientists turned to using the cosmic microwave background (CMB), remnants of the the oldest observable light in the Universe, to find answers.

The team used the data of 1.5 million lens galaxies in visible light, and then used the European Space Agency's CMB-observing Planck satellite to measure exactly how the dark matter in those galaxies distorted the CMB.

By synthesizing that data, the scientists were able to put together a picture of the distribution of dark matter just 1.7 billion years after the Universe was formed. To put that into perspective, scientists believe the universe is approximately 13.8 billion years old.

They found that the dark matter was significantly less "clumpy" than predicted in the broadly accepted Lambda Cold Dark Matter (Lambda-CDM) cosmological model, which posits that as the universe cooled after the Big Bang, galaxies were formed within these dark matter clumps, thanks to their gravitational pull.

The team admits a lot more work still needs to be done to confirm their conclusions.

"Our finding is still uncertain," said Hiranao Miyatake, the study's leader, in the statement. "But if it is true, it would suggest that the entire model is flawed as you go further back in time," adding that a revised new theory could "provide insight into the nature of dark matter itself."

More on dark matter: Scientist Says That Dark Matter May Be Information Itself

Read This Next
Walled Up
Scientists Say Space Is Filled With Invisible Walls
Turn Back Time
Scientists Say There May Be a Mirror Universe in Which Time Runs Backwards
Into Darkness
Inside NASA's Bold Proposal to Probe the Mysteries of Dark Matter
Was Al Wrong?
New Evidence About the Universe Suggests Einstein Was Wrong
Big Sky
Scientists Say New Experiment Will Determine "Fate of the Universe"
More on Hard Science
Hole-y Moley
Aug 2 on the byte
Earth About to Be Blasted By a Storm Ejected From the Sun's "Southern Hole"
Wave Runner
Aug 2 on the byte
Astronomers Shocked By Mysterious Radio Waves That Seem to Defy Physics
Requiescat in pace
Jul 29 on the byte
National Hero Makes Perfect 3D Scan of a Choco Taco Before They Disappear Forever
READ MORE STORIES ABOUT / Hard Science
Keep up.
Subscribe to our daily newsletter to keep in touch with the subjects shaping our future.
+Social+Newsletter
TopicsAbout UsContact Us
Copyright ©, Camden Media Inc All Rights Reserved. See our User Agreement, Privacy Policy and Data Use Policy. The material on this site may not be reproduced, distributed, transmitted, cached or otherwise used, except with prior written permission of Futurism. Fonts by Typekit and Monotype.