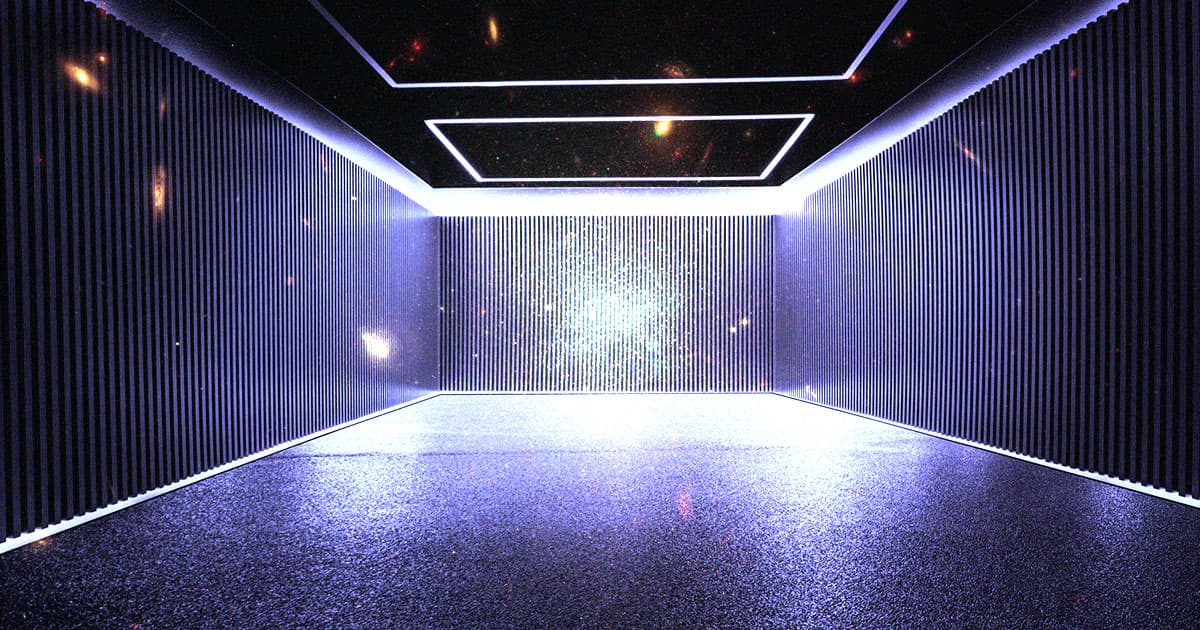 Is Dark Matter In The Room With Me Right Now? Scientists Say Yes

"It's going through you right now."

"It's going through you right now."

We don't wanna freak you out, but there's a serious likelihood that dark matter could be in the room with you right now, and could even be passing through your body as you read this.

"Yeah, absolutely. It's here," Yeshiva University researcher Ed Belbruno told Futurism. "Where you're sitting, you're feeling, on some level which is beyond our senses... that force."

It makes sense. Dark matter, which scientists have yet to observe or measure directly, is estimated to make up 95 percent of the universe. With a substance that prevalent, the likelihood that it's made its way to Earth and into our homes and bodies seems high, right?

As Belbruno and recently-retired NASA Chief Scientist Jim Green told Futurism about their proposal to launch a probe to space to study the mysterious substance, one of the only main things we do know about dark matter is that it appears there is less of it the closer you get to the Sun due to our familiar star's own gravitational force.

This would be good news for dark matter-phobes, though it wouldn't dispel their fears entirely. Because, as Belbruno insists, this uncanny substance is nevertheless here with us.

"It's going through you right now," Belbruno added. "The only reason it's not anything to be concerned about is because the gravity of the Earth is so much, it drowns it out. It's noise, but it's there."

Green, the more pragmatic half of this odd couple, put it differently.

"We have no inkling there's dark matter among us," Green added. "Now, that doesn't mean that it's not here at such a low density that the measurement of things that we do in laboratories haven't found it yet."

There are a number of theories, of course, about where dark matter came from. The leading hypothesis suggests that dark matter was a byproduct of the Big Bang, though as Green and Belbruno both noted, some scientists now believe that dark matter may predate that primoridial explosion.

To put it another way: dark matter, whatever it is, was probably in the room with everyone who ever lived before you, and will be there long after you're gone. What you do with that knowledge is your decision entirely.

READ MORE: Inside NASA’s Bold Proposal to Probe the Mysteries of Dark Matter

More from the interview: Scientists Say Dark Matter Could Likely Be Incredible Fuel For Spacecraft