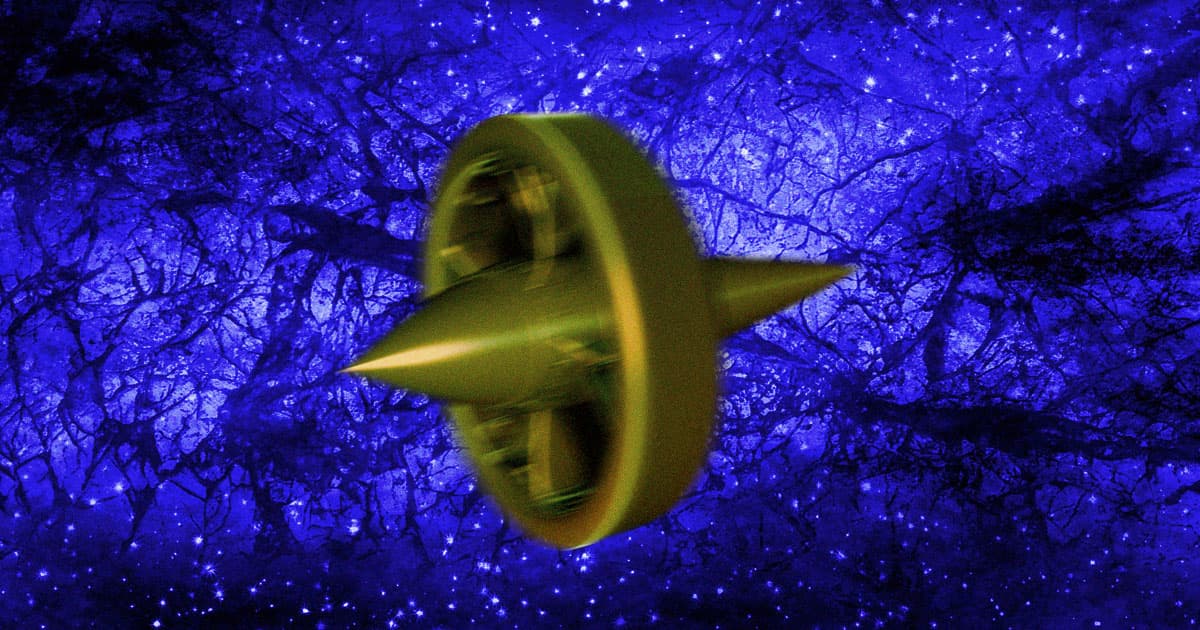 "But if you could focus it, you would have an unlimited supply of energy."

"But if you could focus it, you would have an unlimited supply of energy."

The mysterious stuff scientists call "dark matter" remains an immense mystery. But if we ever learn to interact with it, the possibilities could be extraordinary — and could very well include a civilization-shifting new energy source.

In a new interview with Futurism about a proposed NASA mission to study the invisible substance, Yeshiva University's Ed Belbruno — the coauthor of a recent study and one of the architects of the proposal — described, among other things, the potential for dark matter to be used as fuel for space travel.

"It's anyone's guess what you can do with it, once we find out what it is," the mathematician told us. "My guess is, because it causes light to deflect when you're looking at other galaxies, that it's a pretty potent material, and it can be used as an energy source, probably."

As Belbruno told Futurism, "no one knows" what makes up dark matter — and as such, there's no way to say, yet, what exactly it can do.

While the concept of harnessing dark matter or even accounting for it in calculations the way sailors do for the pull of tides is very awesome, there is one major caveat: it could take a long time to get there.

"How we would focus that energy source would maybe be hundreds of years or thousands of years away," Belbruno said. "But if you could focus it, you would have an unlimited supply of energy in outer space to power spacecraft, and this would just be absolutely beyond what we could imagine at the moment, what you could do something like that."

"My guess is that the potential material that dark matter is made of would revolutionize our understanding of science," he added, "and may very well allow us to make star drives, which could be used in spacecraft that could that could traverse interstellar distances."

READ MORE: Inside NASA’s Bold Proposal to Probe the Mysteries of Dark Matter

Hall Effect
Test Suggests Ion Thrusters Could Power Crewed Interplanetary Missions
Jan 29
Read More
What Does It All Mean?
The Second Alien Probe We Detect May Be Particularly Bizarre, Scientist Says
Jan 14
Read More
Hello Darkness
NASA Proposes Sending Spacecraft to Measure Mysterious Dark Matter
2. 3. 22
Read More
+Social+Newsletter
TopicsAbout UsContact Us
Copyright ©, Camden Media Inc All Rights Reserved. See our User Agreement, Privacy Policy and Data Use Policy. The material on this site may not be reproduced, distributed, transmitted, cached or otherwise used, except with prior written permission of Futurism. Articles may contain affiliate links which enable us to share in the revenue of any purchases made.
Fonts by Typekit and Monotype.