“If you could send a spacecraft out there to detect it, that would be a huge discovery.” 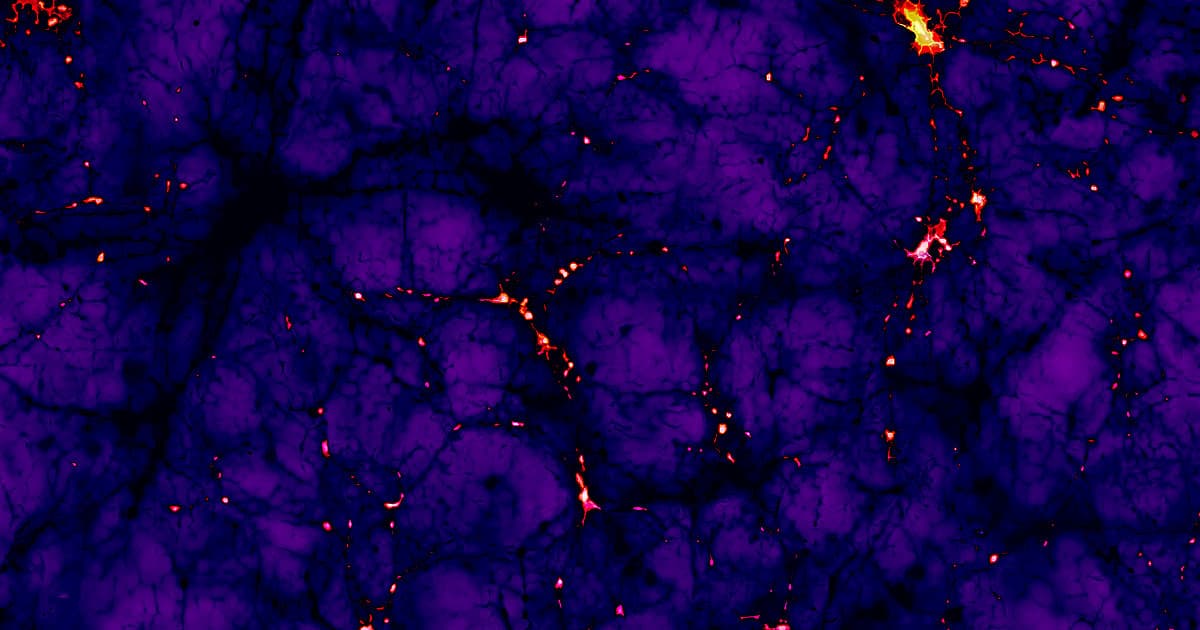 Scientists can't yet see dark matter, but they may soon be able to measure it in a fascinating new way.

The stuffy-sounding Monthly Notices on the Royal Astronomical Society journal has published an intriguing study outlining a future experiment that could measure the force of dark matter by sending a spacecraft far from Earth.

The idea would be to study "galactic force" — which is not, as the name suggests, of a new subdivision of NASA's Space Force nor an Xbox game — which according to a NASA writeup of the research is the entire gravitational force of normal matter and dark matter from our entire galaxy, combined.

That figure is relatively simple to calculate, if you have access to the right data. As NASA outlined in its writeup, one way to gather that data could be a deep space mission designed to probe the mysteries of dark matter.

Belbruno and Jim Green, a NASA advisor and co-author of the study, said that a spacecraft could travel as few as 100 astronomical units — that is, 100 times the distance between the Earth and the sun — to start properly detecting the galactic force.

The probe would carry a reflective ball that would be dropped once it reached a sufficient distance and would measure only galactic forces, NASA explained. The spacecraft itself would be subject to both galactic forces and thermal forces from the radioactive isotopes at its core, so by subtracting thermal forces, "researchers could then look at how the galactic force relates to deviations in the respective trajectories of the ball and the spacecraft."

The deviations, NASA added, would be measured by freakin' laser beams (emphasis ours).

Green and Belbruno are calling this proposed mission the "Interstellar Probe," and although it would only technically need to go 100 astronomical units, they want it eventually reach a distance of 500 — which is significantly further than the present location of Voyager I, our most far-out craft that's currently about 156 AU from Earth.

Nevertheless, a deep-space mission specifically to study dark matter could result in a better understanding of how dark matter operates in our galactic backyard.

"If you could send a spacecraft out there to detect [dark matter]," Belbruno told NASA, "that would be a huge discovery."

READ MORE: How Dark Matter Could Be Measured in the Solar System [NASA]

More on dark matter: Scientists Say Dark Matter Could Be Hiding Inside an Extra Dimension

Read This Next
Jupiter Jokesters
Nitwits Claim Wrongly to Have Disproved the Existence of Jupiter
Captain Planet
Planet Nine Might Not Actually Exist, Scientists Say
Phobos Anomaly
New Photos of Mars' Moon Phobos "Look Like Candy." Here's Why.
Bad Trip
Galactic Collision Could Fling Our Solar System Into Intergalactic Space
Farout
Astronomers Just Found a Dwarf Planet Three Times As Far Away As Pluto
More on Off World
comet Spotting
2:06 PM on the byte
Behold! Dazzling Green Comet Approaches
Drama Bomb
Wednesday on the byte
European Space Agency Halts Plans to Send Astronauts to Chinese Space Station
Futurism
Wednesday on the byte
Asteroid Mining Startup About to Launch First Mission
READ MORE STORIES ABOUT / Off World
Keep up.
Subscribe to our daily newsletter to keep in touch with the subjects shaping our future.
+Social+Newsletter
TopicsAbout UsContact Us
Copyright ©, Camden Media Inc All Rights Reserved. See our User Agreement, Privacy Policy and Data Use Policy. The material on this site may not be reproduced, distributed, transmitted, cached or otherwise used, except with prior written permission of Futurism. Articles may contain affiliate links which enable us to share in the revenue of any purchases made.
Fonts by Typekit and Monotype.