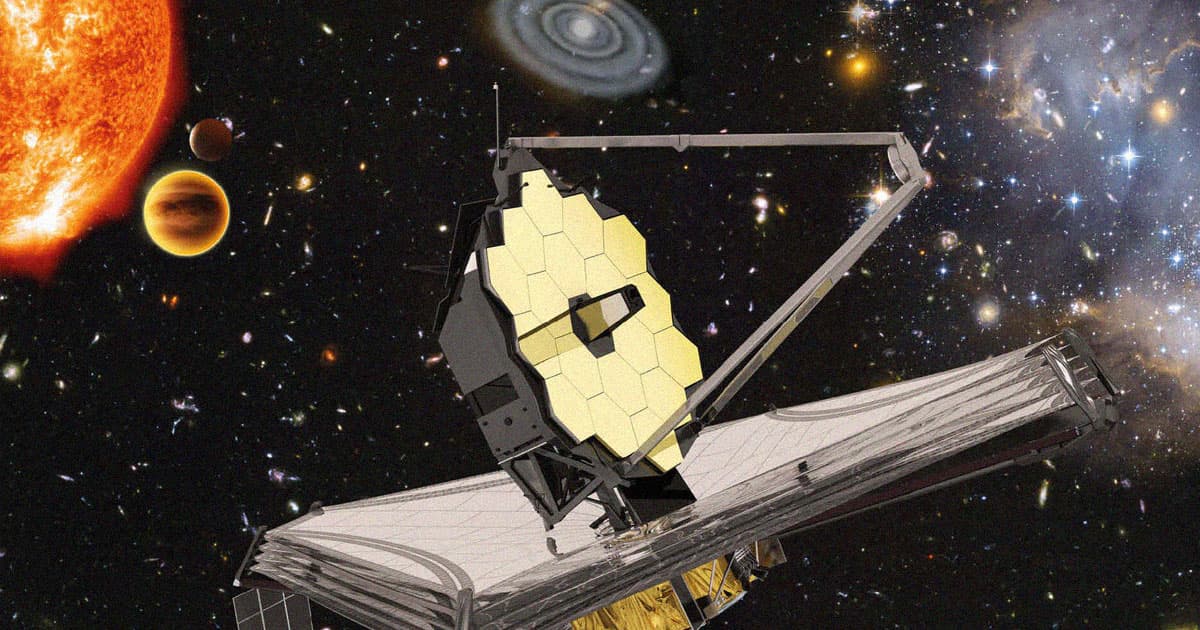 Is This Thing On?

NASA is finally making moves to boot up its James Webb Space Telescope, according to a NASA statement — a historic moment and the culmination of billions of dollars spent and over three decades of work.

The observatory recently reached its orbital destination, called the Lagrange Point 2 (L2), a point at which it can keep the Earth exactly between it and the Sun at all times.

Now, the team is preparing to power on the telescope's many scientific instruments and finally achieving "first light." It won't, however, jump straight into making observations, as aligning its instruments could take months, according to the agency.

The telescope will have to first turn off the heaters currently keeping its instruments toasty, which will allow them to reach their extremely cold operating temperatures. Its Mid-Infrared Instrument, for instance,  is designed to observe the middle of the infrared spectrum at just 6 kelvin, or -449 degrees Fahrenheit.

The instruments have to be this cold since warm objects radiate infrared light, or heat. That light could end up messing with the instruments' observations.

The team at NASA is now preparing to align each of the 18 primary mirror segments, a painstaking process to ensure they are all focused on a single target.

It's an exciting next step following a highly technical and anxiety-ridden launch and unfolding.

If all goes well from here, astronomers have a wealth of new data to look forward to that could redefine how we understand the universe forever.