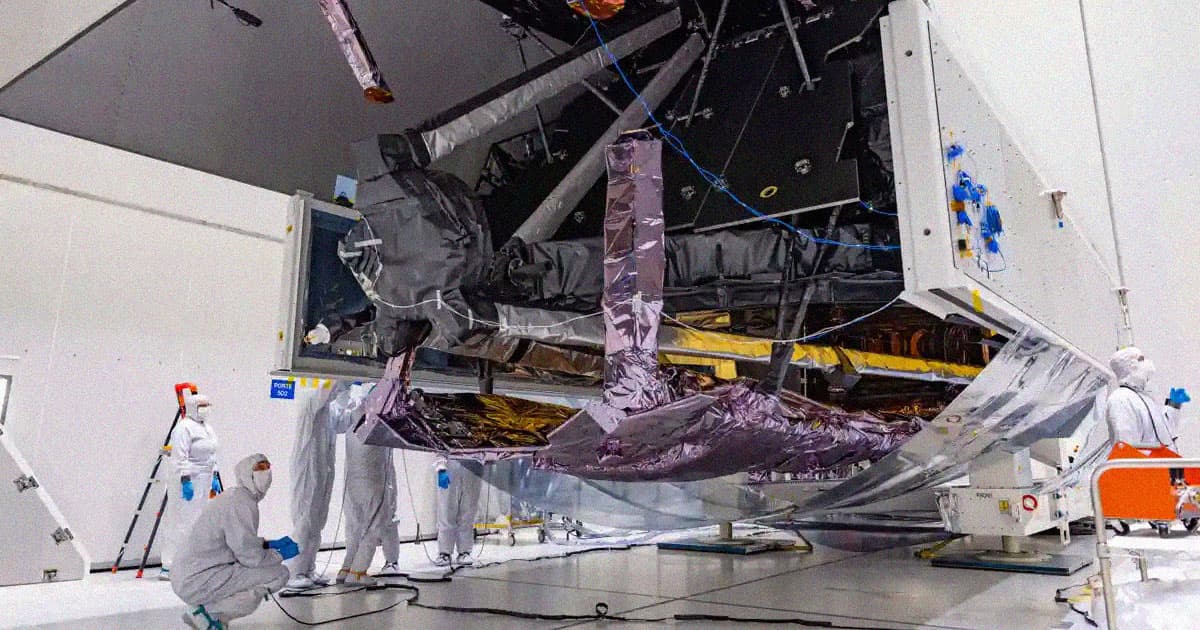 "That first month is going to be rough."

"That first month is going to be rough."

Astronomers are counting down the days until the launch of NASA’s James Webb Space Telescope (JWST) later this week — and anxiety surrounding the long-awaited launch is starting to creep up as well.

The massive project has been in development for decades and has cost the agency around $10 billion. The very real possibility of something going wrong is really starting to keep astronomers up at night, NPR reports.

“I am so nervous!” Jackie Faherty, an astrophysicist at the American Museum of Natural History in New York City, told NPR. “And excited.”

The plan is for an Ariane 5 rocket to take the telescope into space after launching from a European facility in French Guiana on Christmas eve.

Even once in space, the gigantic structure will have to unfold its 21-foot mirror, a process that takes almost an entire month.

“We’ll have our 29 days of terror as we’re watching things being deployed,” astronomer Garth Illingworth of the University of California, Santa Cruz, told NPR. “That first month is going to be rough.”

A lot of things could go wrong, as laid out in an extensive eight-minute video shared by the JWST team.

“We have 300 single-point failure items and they all have to work right,” Mike Menzel, lead systems engineer of the telescope, said in the video.  “When you’re a million miles from the Earth, you can’t send someone to fix it.”

The stars will truly have to align for NASA to pull this off.

But the payoff could be equally huge. The James Webb could usher in a new era in space exploration, and allow us to see the universe in unprecedented detail.

More on the telescope: Scientists Are “Terrified” of NASA’s James Webb Telescope Launch

The James Webb Space Telescope Is Going to Stare Straight Into Jupiter
Apr 12
Read More
Into Darkness
Inside NASA’s Bold Proposal to Probe the Mysteries of Dark Matter
Mar 11
Read More
Martian Ammonia
NASA Rover Detects Organic Molecules on the Surface of Mars
11. 2. 21
Read More
+Social+Newsletter
TopicsAbout UsContact Us
Copyright ©, Camden Media Inc All Rights Reserved. See our User Agreement, Privacy Policy and Data Use Policy. The material on this site may not be reproduced, distributed, transmitted, cached or otherwise used, except with prior written permission of Futurism. Fonts by Typekit and Monotype.