NASA Rover Detects Organic Molecules on the Surface of Mars

NASA's rovers are getting closer to unraveling the Red Planet's mysterious past. 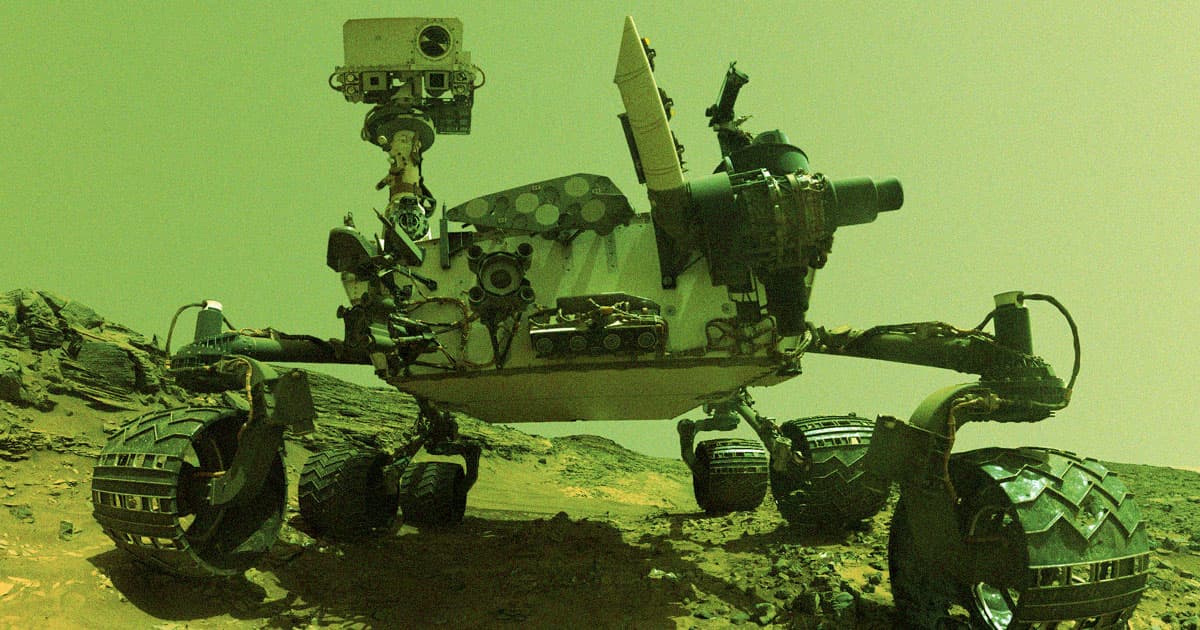 A team of researchers successfully tested a sample of Martian dirt, first scooped up by NASA's Mars Curiosity rover in March 2017, by directing the rover mix it with chemical reagents inside a cup.

This mixture then released organic molecules which NASA has never detected on the surface of Mars ever before, Inverse reports.

While it's an exciting discovery, it falls short of demonstrating that carbon-based lifeforms once lived on the surface of the Red Planet. It is, however, a step in that direction.

"While we haven’t found what we were looking for, biosignatures, we showed that this technique is really promising," she added.

The experiment "has expanded the inventory of molecules present in Martian samples and demonstrated a powerful tool to further enable the search for polar organic molecules of biotic or prebiotic relevance," Millan and her team concluded in their paper.

The two chemicals most prominently found in the mixture were benzoic acid and ammonia, both possible indicators of ancient life.

"One of the things that we were trying to look for [when searching for] organic molecule on Mars is to understand the past habitability of Mars and to look for bioindicators," Millan told Inverse.

The team is now hoping to find the molecules' "parents," or where they came from. Millan and her team suggest in their paper that they could be the result of geological processes.

The news comes after an international team of astrobiologists detected a presence of "thiophenes," which are special compounds found in coal, crude oil and white truffles back on Earth, after analyzing samples picked up by Curiosity.

The researchers suggested in March 2020 that the thiophenes could be a sign of ancient life on Mars, but more research is still needed.

Meanwhile, Millan and her team are hoping NASA's Perseverance rover will shed more light on the organic molecules.

More on Curiosity: Scientists Say NASA’s Mars Rover Is on the Site of Ancient Ponds, Not a Huge Lake

Read This Next
Into Darkness
Inside NASA's Bold Proposal to Probe the Mysteries of Dark Matter
Water Canyon
Scientists Spot Hidden Water in Mars' Grand Canyon
Myanus, Hisanus, Heranus...
Here's What Uranus Scientists Think About Your Disgusting Jokes
Joseph Strikes Again
Experts Shred Paper Claiming to Identify Mushrooms on Mars
Mars Shrooms
Extremely Dubious Research Claims to Spot Fungus Growing on Mars
More on Hard Science
Moved to Tears
Jun 30 on the byte
Scientists Say New James Webb Images Are So Powerful That It Was Emotional Just Looking at Them
Good God
Jun 28 on the byte
Huge Cloud of Toxic Yellow Gas Kills 13
zombie star
Jun 28 on futurism
Scientists Puzzled by Star That Exploded in Supernova But Somehow Survived
READ MORE STORIES ABOUT / Hard Science
Keep up.
Subscribe to our daily newsletter to keep in touch with the subjects shaping our future.
+Social+Newsletter
TopicsAbout UsContact Us
Copyright ©, Camden Media Inc All Rights Reserved. See our User Agreement, Privacy Policy and Data Use Policy. The material on this site may not be reproduced, distributed, transmitted, cached or otherwise used, except with prior written permission of Futurism. Fonts by Typekit and Monotype.