The new data makes it much more likely that the Red Planet once hosted life. 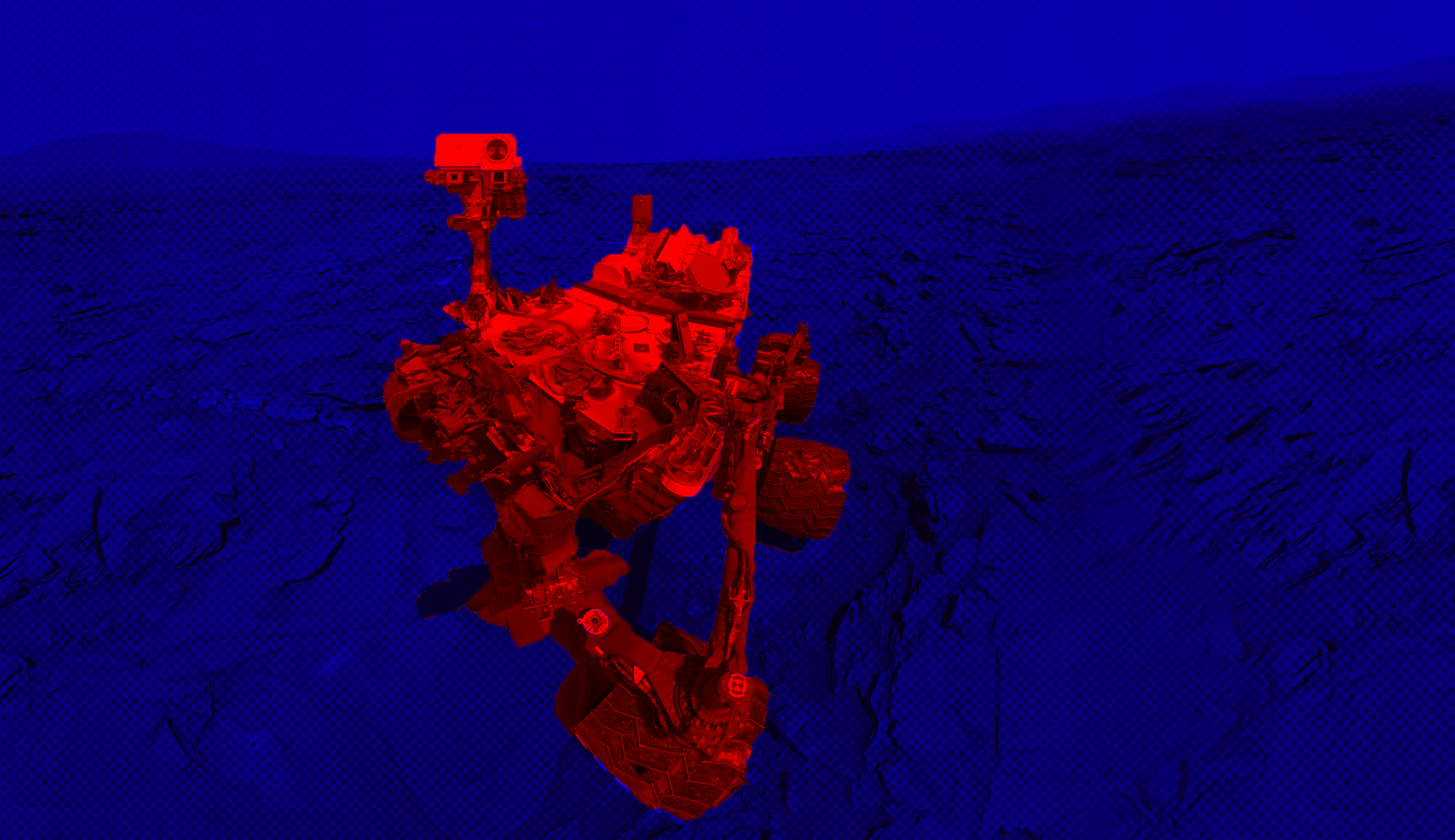 NASA is hosting a live discussion about these studies. We'll be updating this piece with more information from the conference. Feel free to tune in on the link above and ask a question of your own!

What a beautiful day to blow away everything you thought you knew about Mars.

Today, NASA has released the results of two major studies about the inner-workings of the Red Planet. In the first, researchers discover why Mars has seasonal variations of the gas methane; in the second, they determine that rock on the Martian surface contains organic molecules that may be evidence of ancient life. Both were published today in the journal Science.

The discoveries were possible based on data collected by NASA's Curiosity rover, which has roamed the Martian landscape since August 2012.

The first study centers on methane, a simple organic molecule that forms the basis for natural gas. Biological sources produce most of the methane on Earth, so researchers suspected that methane on Mars could point them towards biological sources — life! — on Mars.

Curiosity first confirmed that Mars's atmosphere contained methane in 2015 (though astronomers began detecting it as far back as 2003). But no one knew where it was coming from — even after, in December 2017, NASA scientists announced that Mars's methane levels appeared to rise and fall throughout the year.

“[W]e were seeing spikes that we couldn’t understand. We had ideas about them, but we couldn’t constrain them because they only occurred occasionally," lead researcher Chris Webster said during the livestreamed discussion.

After analyzing more than four years' worth of data about how much methane was in Mars's atmosphere in a given month, the NASA researchers figured out that the methane was likely coming from frozen pockets of ice, called methane clathrates (they occur on Earth, too). This would explain why methane levels are higher during the Martian summer: the ice melts a little, and methane slips out.

There's a chance this methane, frozen for millennia in ice, was first made by life. But there are other ways methane can be produced, so it's hard to say for sure what this discovery means in the search for life on Mars.

In the second study, Curiosity collected soil samples from two spots in Gale crater estimated to be about three billion years old. When Curiosity heated them up, the researchers recognized several organic molecules commonly found in Earth's organic-rich sedimentary rock.

As lead researcher Jennifer Eigenbrode noted during the livestreamed discussion, "We have essentially expanded upon the inventory of the organic molecules, and now we have a better sense of how they were preserved in the rocks in the first place."

If it's signs of ancient life you're looking for, this is a pretty promising finding.

"The detection of organic molecules and methane on Mars has far-ranging implications in the light of potential past life on Mars," wrote ten Kate. "Curiosity has shown that Gale crater was habitable around 3.5 billion years ago, with conditions comparable to those on the early Earth, where life evolved around that time."

“The [question of] whether life might have originated or existed on Mars is a lot more opportune now we know that organic molecules were present on its surface at that time,” she added.

We haven't yet come face-to-face with Martian life. But each of these new NASA studies contributes a great deal to our understanding of the planet. And since Curiosity is still rolling around the Martian surface, the next research "breakthrough" could be the one that puts the question of Martian life to bed once and for all.