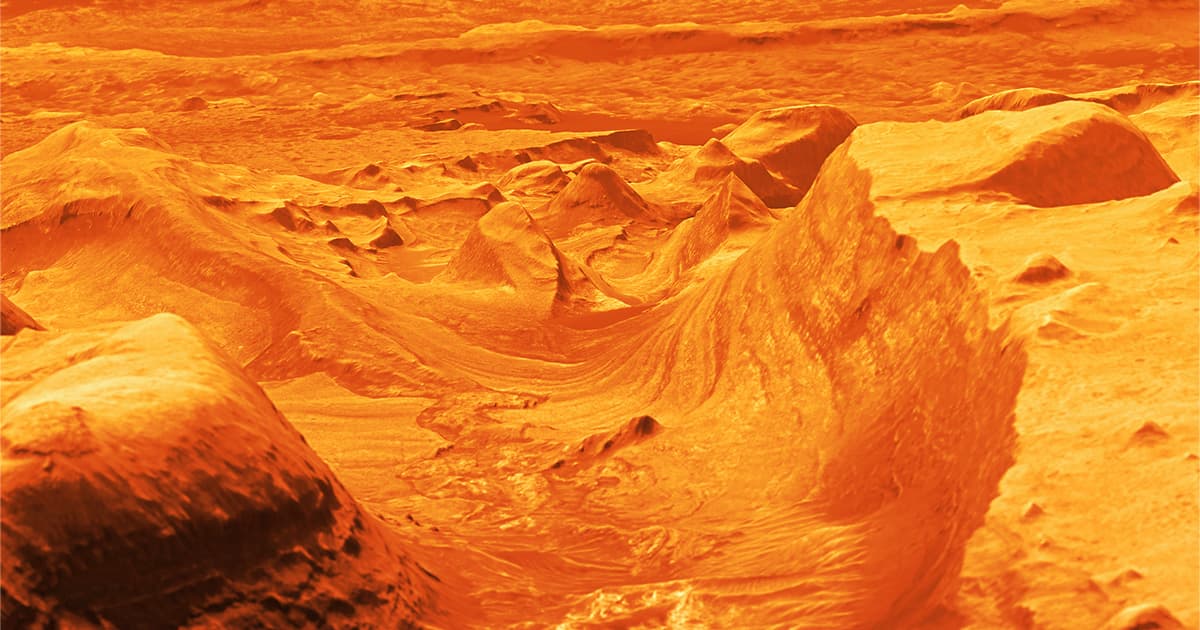 Scientists Say NASA’s Mars Rover Is on the Site of Ancient Ponds, Not a Huge Lake

Was the Gale crater an ancient lake — or a series of tiny ponds?

Was the Gale crater an ancient lake — or a series of tiny ponds?

Since 2012, NASA’s Curiosity rover has been wandering the desolate Gale crater, a massive basin almost 100 miles in diameter with a humongous mountain, called Mount Sharp, sticking out of its center.

The prevailing theory goes that the crater is an ancient, dried up lake that perhaps once hosted life many years ago, which is what made it the target of NASA’s mission in the first place.

But not everybody agrees with that conclusion. An international team of scientists are now throwing cold water on the theory, jeopardizing our basic understanding of the geological history of the Red Planet.

Their theory, though, is still intriguing. In a new paper published in the journal Science Advances last week, the researchers argue that once upon a time, the Gale crater was a mere series of ponds — not filled to the brim with water.

“Most of the deposits in Gale crater seemingly did not form in an ancient lake, but the results nonetheless shed considerable light on ancient climate, environmental change, and the astrobiology of Mars,” the team wrote. “Discoveries by Curiosity provide a critical piece to Mars’ global alteration puzzle.”

The team examined data that Curiosity has gathered about the sedimentary structure of the basin and found that most of the evidence for “fluid-rock interactions” in materials studied by the rover are actually the result of wind activity and land-based weathering, according to the paper.

According to co-author Joseph Michalskil from the University of Hong Kong, the pond was also far shallower than we thought. And many of the rocks the team believes weren’t formed in water were likely the result of volcanic eruptions after the Gale crater dried up.

“There was likely a small lake or more likely a series of small lakes in the floor of Gale crater, but these were shallow ponds,” he told New Scientist.

The Jezero Crater Curiosity’s cousin Perseverance landed in earlier this year, however, was very likely a proper lake, according to Michalski. “I suspect that the sediments will be different,” he told Space.com.

Into Darkness
Inside NASA’s Bold Proposal to Probe the Mysteries of Dark Matter
Mar 11
Read More
Water Canyon
Scientists Spot Hidden Water in Mars’ Grand Canyon
12. 15. 21
Read More
Martian Ammonia
NASA Rover Detects Organic Molecules on the Surface of Mars
11. 2. 21
Read More
+Social+Newsletter
TopicsAbout UsContact Us
Copyright ©, Camden Media Inc All Rights Reserved. See our User Agreement, Privacy Policy and Data Use Policy. The material on this site may not be reproduced, distributed, transmitted, cached or otherwise used, except with prior written permission of Futurism. Fonts by Typekit and Monotype.