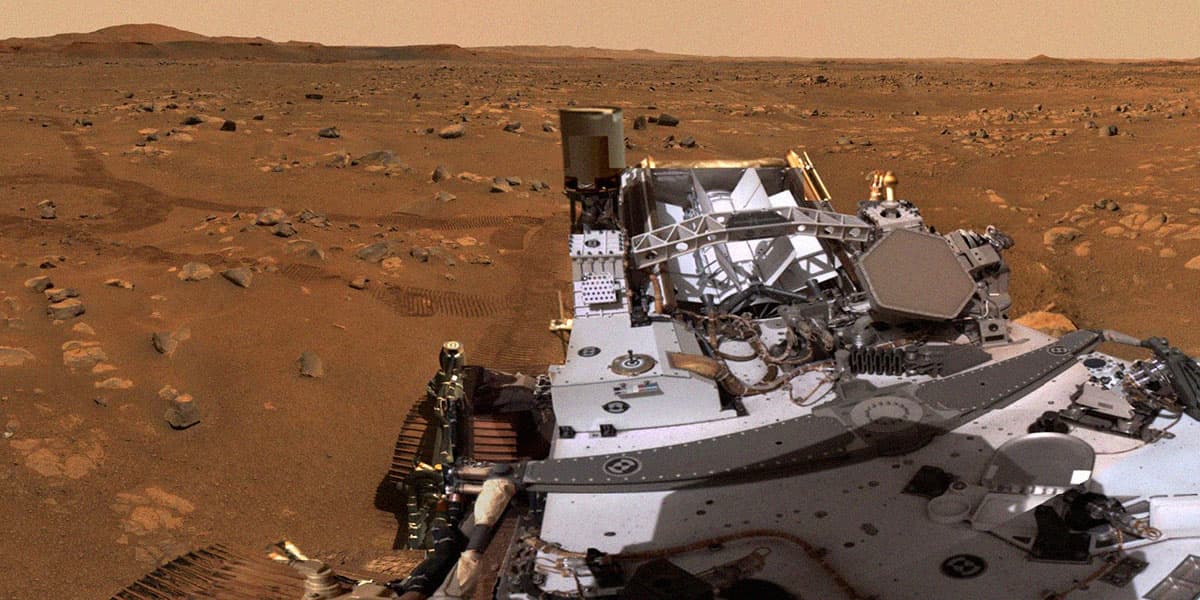 It was stitched together from 992 individual images.

It was stitched together from 992 individual images.

NASA's Perseverance Mars rover took a stunning 360-degree panorama of its surroundings while parked at the "Van Zyl Overlook" in the Jezero Crater, a region believed to be the dried up bed of an ancient lake.

The six-wheeled rover was parked at the Overlook while its tiny helicopter companion, NASA's ingenuity Mars helicopter, completed its first flights between April 15 and 26.

The glorious panorama, stitched together from 992 individual images taken by the right eye of the rover's Mastcam-Z stereo imaging system, includes a number of points of interest, as annotated in the YouTube video above, from the place where Ingenuity made its historic first flight, to the protective debris covers Perseverance jettisoned prior to landing.

All together, the images represent 2.4 billion pixels of Mars panorama goodness.

Perseverance is now kicking off its science phase, according to NASA, as its leaving the "Octavia E. Butler" landing site, the place where it first touched down on the Martian surface on February 18.

The rover has already demonstrated it's possible to generate oxygen from the Martian atmosphere, taken more than 75,000 images, and made some of the first microphone recordings of Mars.

"Over the next several months, Perseverance will be exploring a 1.5-square-mile patch of crater floor," said Jennifer Trosper, Perseverance project manager at NASA’s Jet Propulsion Laboratory, in a statement.

"It is from this location that the first samples from another planet will be collected for return to Earth by a future mission," she added.