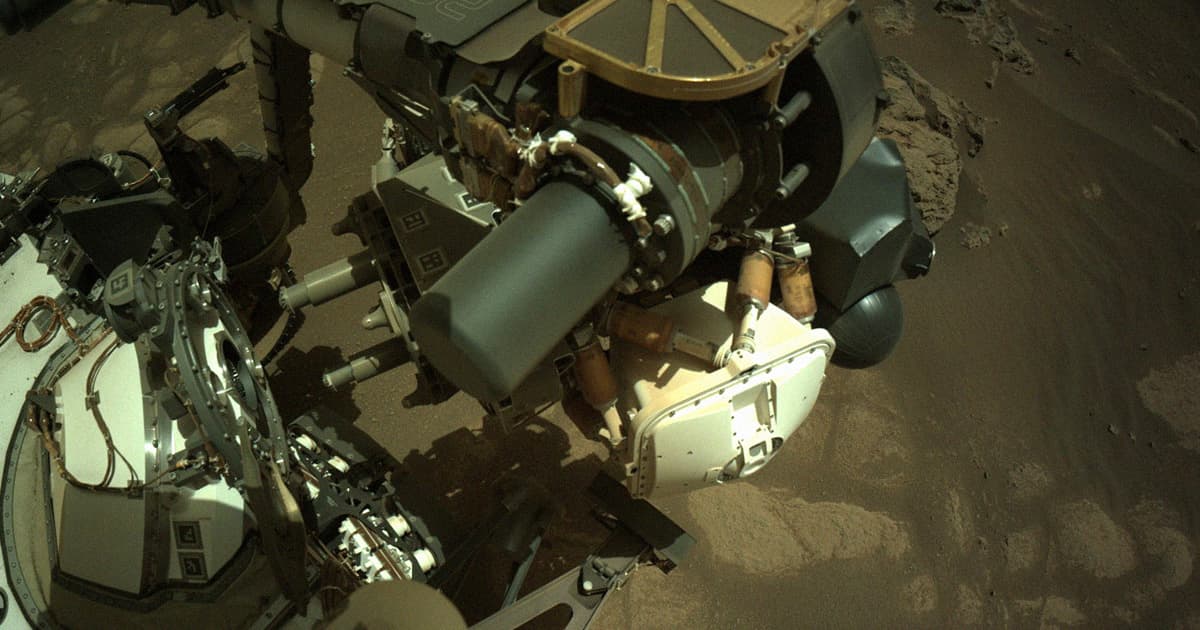 NASA is moving on from Ingenuity to Perseverance.

NASA is moving on from Ingenuity to Perseverance.

Perseverance, NASA’s latest Mars rover, is gearing up to finally begin its long-awaited mission: gathering samples of Mars rocks and packaging them for a return journey to Earth, where they’ll be tested for signs of ancient microbial life, according to a video update tweeted from the Mars rover’s anthropomorphized Twitter account.

“I’m preparing to collect Martian samples in the search for ancient microbial life,” the tweet says. “As part of the process, I’ve been testing out the coring system on my robotic arm to make sure it works properly before I drill some of the interesting rocks around me.”

I’m preparing to collect Martian samples in the search for ancient microbial life. As part of the process, I’ve been testing out the coring system on my robotic arm to make sure it works properly before I drill some of the interesting rocks around me. pic.twitter.com/xPAtRxjNxv

After spending the past month focusing on the Ingenuity Mars helicopter, NASA is now transitioning into a new phase of research. Unfortunately, it will still be some time before any testing results come in, as the rover still needs to test a few of its own components and maneuvers before it can gather more of the samples that it will eventually ship back to Earth.

“With this recent fifth helicopter flight, we’re transitioning from the technology demonstration phase to more of an operations demonstration phase as we now turn our attention more towards the robotic arm science-based portion of the mission and as we prepare for the sample acquisition phase of the project,” Perseverance surface mission manager Jessica Samuels said in the video.

“In order to ensure that we are ready for this first, one-of-a-kind leg of collecting samples and preparing them to bring them back to Earth, we need to ensure that we can safely place and load the robotic arm on the surface of Mars,” Samuels said.

Perseverance is equipped with plenty of sensors and scanners of its own, but it seems like the bulk of the analysis will happen back in labs here on Earth, pending a successful delivery. So it may be a while before we get any big answers about life on Mars, but at the very least NASA is starting to Perseverance into position so it can start digging.