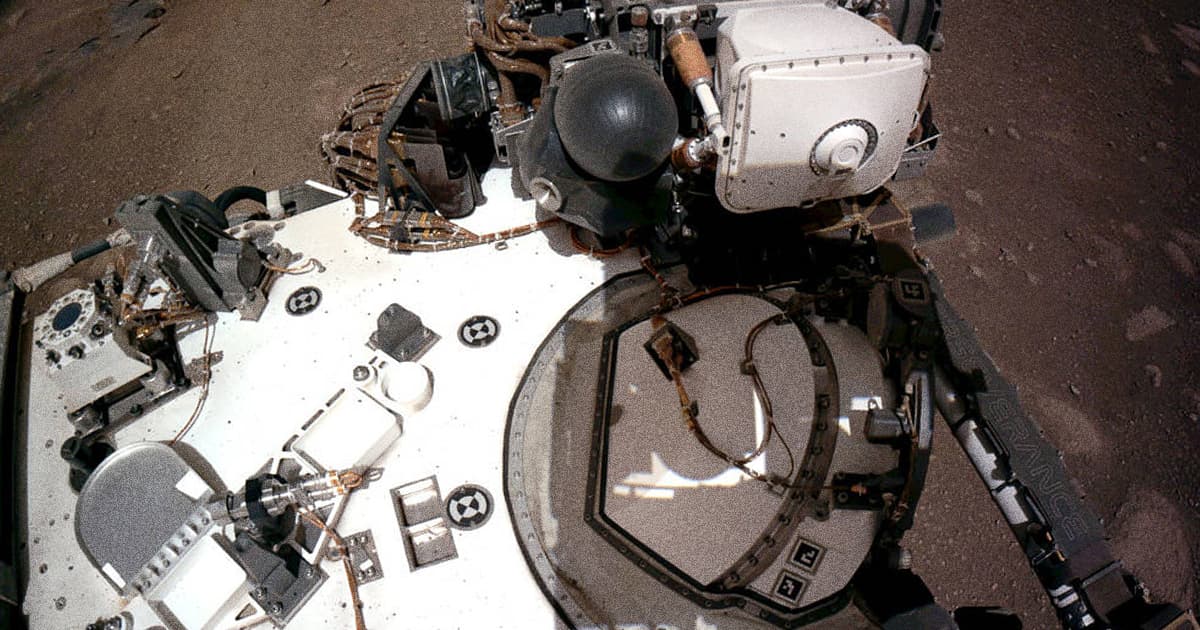 Perseverance Is Now Officially Searching for Life on Mars

After successfully landing on Mars last month, NASA's Perseverance rover has started its hunt for signs of ancient extraterrestrial life.

Perseverance has already scooped up its first samples of Martian rocks and soil, according to Agence France-Presse. When it sends them back home to Earth, around 2031, NASA scientists will finally be able to determine whether Mars once hosted microbial life and, perhaps more importantly, whether Earth is truly unique as a habitable world.

Of course, Perseverance will be doing analysis of its own in the meantime. Its SuperCam suite of instruments — which was also responsible for gathering those first samples — allows the rover to image and study its surroundings.

Aside from rock scoopers and a camera, Perseverance has tools including a laser for studying the chemical makeup of its environment.

During its mission, Perseverance will scoop Mars samples into over two dozen sealed tubes that will eventually shuttle the rocks and soil back to Earth.

By the time they get here, Perseverance will likely have greatly improved our understanding of Mars and its habitability — both for ancient microbes and future human settlers, AFP notes.

But in the hunt for alien life, the samples themselves "will give scientists the Holy Grail of planetary exploration," Jean-Yves le Gall, president of France's National Centre for Space Studies, said in a recent broadcast.

READ MORE: Perseverance Has Officially Started Its Search For Signs of Life on Mars [Agence France-Presse]

Alt Propulsion
NASA, DARPA, MIT Scientists Met to Discuss "Anti-Gravity" Tech
9. 22. 21
Read More
Hiding in Plain Sight
Astrophysicist Says Alien UFO Theories Are Stupid
6. 1. 21
Read More
The Other Left!
A Guy Who Drives NASA's Mars Rover Is Dishing About the Experience
12. 23. 20
Read More
+Social+Newsletter
TopicsAbout UsContact Us
Copyright ©, Camden Media Inc All Rights Reserved. See our User Agreement, Privacy Policy and Data Use Policy. The material on this site may not be reproduced, distributed, transmitted, cached or otherwise used, except with prior written permission of Futurism. Articles may contain affiliate links which enable us to share in the revenue of any purchases made.
Fonts by Typekit and Monotype.