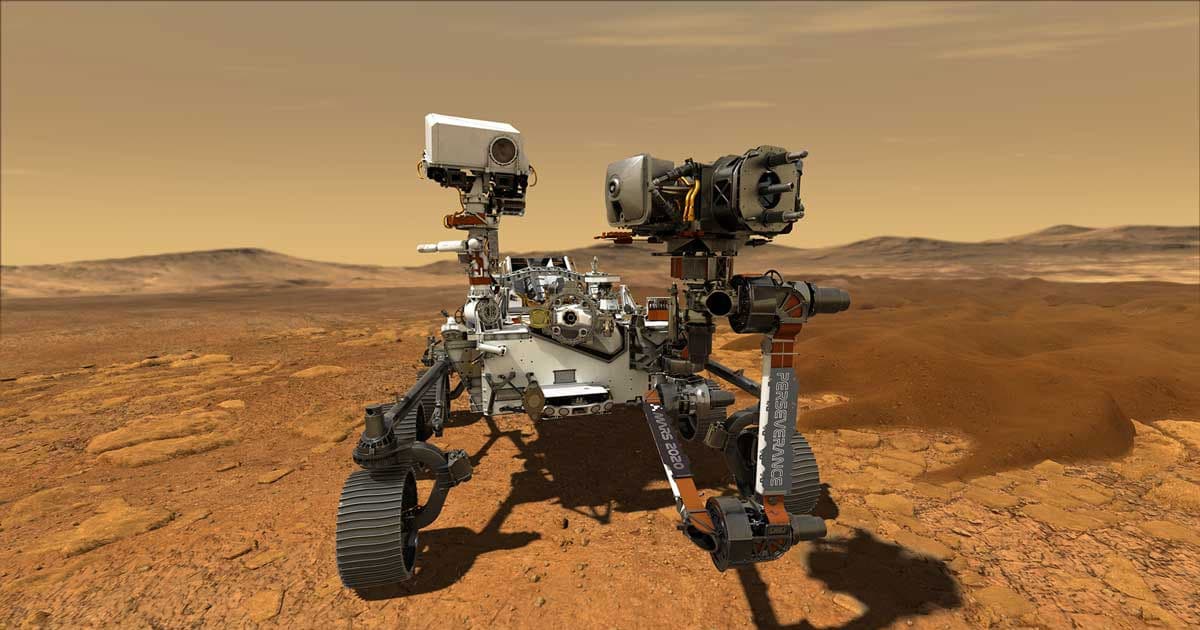 In order to make sure it was ready to hunt for extraterrestrial life on Mars, scientists put NASA's new Perseverance rover through its paces using samples from the next best thing: Australia's deserts.

When it launches to Mars in July, Perseverance will go on the hunt for signs of ancient, microbial life. Now, new research provides a promising sign that its tech is up to the task: while analyzing samples from Australia's Flinders Ranges, scientists were able to find physical fossils and signs of microbes from hundreds of millions of years ago using the same instruments that Perseverance will carry to Mars.

After finding traces of ancient life, researchers were able to use the data to make an educated guess about what environmental conditions they lived in. Their work, published in March in the journal Astrobiology, could help steer future astrobiological research into other worlds' ancient history.

"What is interesting is that we did find signs of ancient microbial life from the Cambrian period — which is when animals first evolved on earth," University of New South Wales astrobiologist Bonnie Teece said in a press release. "We found biomarkers, we found organic compounds and we found physical fossils and minerals that are associated with biology on Earth."

Teece argues that the Flinders Ranges makes a reasonable analog for Mars because of the dry, dusty, and wind-swept terrain, as well as the fact that fossils could be degraded by the same sorts of heat and pressure there and on Mars.

"We wanted to use the same techniques that are on the Rover to pinpoint the best areas for looking for life and show that these techniques work together well," Teece said in the release.

Editor's note 5/6/2020: This article has been updated to clarify the methodology of the research