CERN Research Finds "The Universe Should Not Actually Exist"

According to our understanding of physics, the universe doesn't make sense. 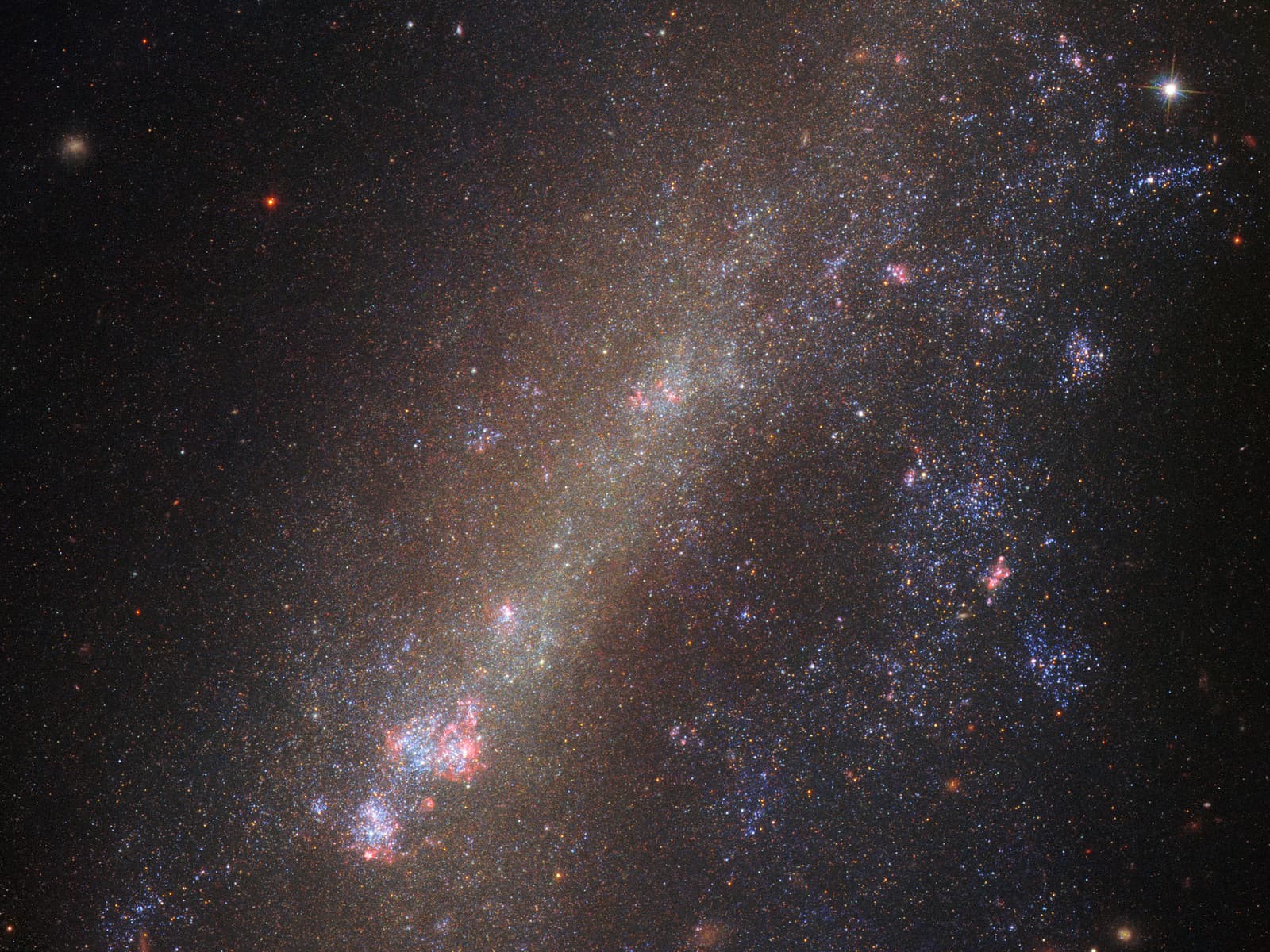 With exactly equal amounts of matter and antimatter, our universe is perfectly symmetrical. While that sounds beautiful, it creates a huge problem with existential consequences. Because it possesses this fundamental symmetry, our universe shouldn't exist at all.

According to the standard model of physics, the universe had equal amounts of antimatter and matter when it was created. The problem with that is the fact that each antimatter particle should have canceled out its corresponding matter particle, leaving nothing behind. Except they didn't, and here we are left wondering why.

This problem has been noted before, and now, a study published in Nature confirms that, indeed, our universe should never have come into existence.

Scientists have often considered the possibility that there must be some currently unknown difference between matter and antimatter — different mass, different electric charge, different something — that allows the universe to exist.

To further explore this possibility, scientists at the European Organization for Nuclear Research (CERN) in Switzerland decided to look for a difference in magnetism. They used a method devised by researchers from Mainz University to calculate antimatter's magnetism with never-before-seen precision, but alas, they weren't able to find any difference.

"All of our observations find a complete symmetry between matter and antimatter, which is why the universe should not actually exist," CERN researcher Christian Smorra said in a Mainz press release. "An asymmetry must exist here somewhere, but we simply do not understand where the difference is. What is the source of the symmetry break?"

While the CERN researchers weren't able to spot any difference between matter and antimatter, the work they did is noteworthy for another reason: It resulted in our most detailed look ever at antimatter's magnetism.

Since it's impossible to hold antimatter in a physical container, the team devised a method involving a pair of Penning traps to contain antiprotons using magnetic and electric fields.

"The measurement of antiprotons was extremely difficult, and we had been working on it for ten years. The final breakthrough came with the revolutionary idea of performing the measurement with two particles," Stefan Ulmer, spokesperson for the multinational BASE collaboration at CERN, said in the press release.

"This result is the culmination of many years of continuous research and development, and the successful completion of one of the most difficult measurements ever performed in a Penning trap instrument."

As far as the universe's existential problem is concerned, however, we're practically back right where we started: matter and antimatter are fundamentally symmetric. We can't spot a difference in terms of mass, electric charge, and, now, even magnetism as exhibited by protons and antiprotons. Based on everything we know, the universe shouldn't exist.

Still, the researchers are hopeful that an answer will turn up eventually. As a next step, they plan to conduct measurements of protons and antiprotons at an even higher precision by developing more innovative methods in the next few years.

Meanwhile, a CERN collaboration called ALPHA is looking at fundamental symmetries between hydrogen and antihydrogen atoms, so perhaps one of these research groups will find something that contradicts the fact that our universe shouldn't exist.

Read This Next
Bangs and Bounces
Scientists Say Stuff Might Have Been Happening Before the Big Bang
Space Lumps
Scientists Say We May Be Extremely Wrong About the Universe
Big and Small
New Theory Throws Out Einstein's Theory of General Relativity
Massive Gravity
New Theory Could Solve Universe’s Biggest Paradox
Consciousness Everywhere
Professor: Electrons and Quarks May Experience Consciousness
More on Hard Science
Warped Tour
Thursday on futurism
Professor Believes Door to Warp Drive May Lie With Ethylene Glycol
Sky Bursts
Thursday on the byte
Astronomers Intrigued by 25 Mysterious Repeating Radio Signals From Deep Space
Tractor Beam
Jan 26 on the byte
Scientists Build Working Tractor Beam, Although It's Comically Tiny
READ MORE STORIES ABOUT / Hard Science
Keep up.
Subscribe to our daily newsletter to keep in touch with the subjects shaping our future.
+Social+Newsletter
TopicsAbout UsContact Us
Copyright ©, Camden Media Inc All Rights Reserved. See our User Agreement, Privacy Policy and Data Use Policy. The material on this site may not be reproduced, distributed, transmitted, cached or otherwise used, except with prior written permission of Futurism. Articles may contain affiliate links which enable us to share in the revenue of any purchases made.
Fonts by Typekit and Monotype.