"Using newer mathematical tools, my colleague and I have demonstrated a new theory that may accurately describe the universe." 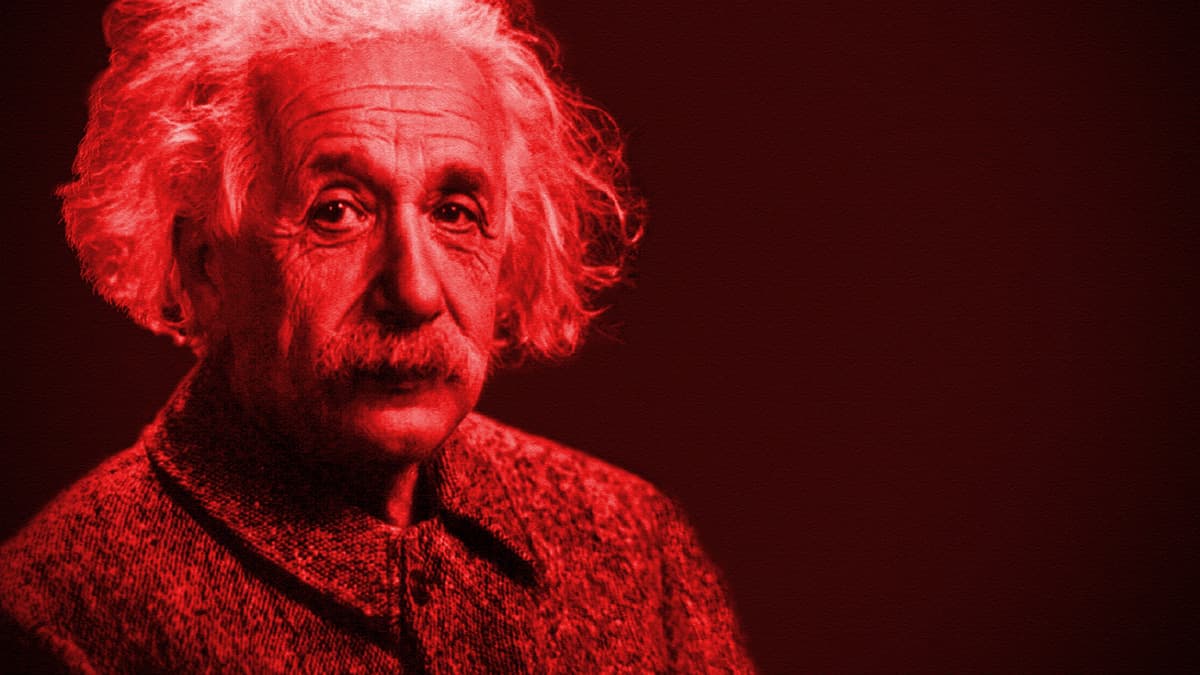 A pair of professors fr0m North Carolina State University are proposing an entirely new model of physics that could rewrite the way we think about matter.

Their extremely ambitious proposal, as outlined in an essay for The Conversation, does away with particles or waves, both fundamental building blocks of matter, and suggests instead that all the physical stuff in the universe is made up of "fragments of energy" instead.

Larry Silverberg and colleague Jeffrey Eischen's theory would even end superceding Einstein's theory of general relativity, which has been used for over a century to explain physical phenomena, most prominently the warping of space and time.

"Using newer mathematical tools, my colleague and I have demonstrated a new theory that may accurately describe the universe," Silverberg argued in the essay. "Instead of basing the theory on the warping of space and time, we considered that there could be a building block that is more fundamental than the particle and the wave."

The duo posit that rather than particles and waves existing as counterpoints, "it made logical sense for there to be an underlying connection between them."

The theory is based on the fundamental idea that energy keeps flowing through space and time in never ending streams that never cross.

"Working from the idea of a universe of flowing energy lines, we looked for a single building block for the flowing energy," Silverberg writes. "If we could find and define such a thing, we hoped we could use it to accurately make predictions about the universe at the largest and tiniest scales."

Their new most basic unit of matter, dubbed a "fragment of energy," is "a building block that looks like a concentration of energy – kind of like a star – having energy that is highest at the center and that gets smaller farther away from the center," according to Silverberg.

The pair put their new theory to the test by evaluating two prominent astronomical observations that were used to confirm Einstein's theory of general relativity.

The first was Mercury's unusual orbit. Einstein suggested that space and time were being warped to cause the planet's orbit to shift, thereby explaining shifts in light observed by astronomers.

The second was concerned with how light bends as it stretches across warped space time near the Sun.

As for the second, they propose, the Sun retains its giant fragment of energy status while the light passing by is modeled as massless matter traveling at the speed of light.

Will it all hold up? Only time will tell — but it's not every day that researchers challenge Einstein.

READ MORE: Fragments of energy – not waves or particles – may be the fundamental building blocks of the universe [The Conversation]

More on mind-bending theories: Physicist: The Entire Universe Might Be a Neural Network

Read This Next
Massive Gravity
New Theory Could Solve Universe’s Biggest Paradox
Consciousness Everywhere
Professor: Electrons and Quarks May Experience Consciousness
Futurism
For the First Time, Physicists Accelerated Light Beams in Curved Space in the Lab
Futurism
A Stable Plasma Ring Has Been Created in Open Air For the First Time Ever
Futurism
We May Finally Understand the Speed of Gravity
More on Hard Science
Warped Tour
Feb 2 on futurism
Professor Believes Door to Warp Drive May Lie With Ethylene Glycol
Sky Bursts
Feb 2 on the byte
Astronomers Intrigued by 25 Mysterious Repeating Radio Signals From Deep Space
Tractor Beam
Jan 26 on the byte
Scientists Build Working Tractor Beam, Although It's Comically Tiny
READ MORE STORIES ABOUT / Hard Science
Keep up.
Subscribe to our daily newsletter to keep in touch with the subjects shaping our future.
+Social+Newsletter
TopicsAbout UsContact Us
Copyright ©, Camden Media Inc All Rights Reserved. See our User Agreement, Privacy Policy and Data Use Policy. The material on this site may not be reproduced, distributed, transmitted, cached or otherwise used, except with prior written permission of Futurism. Articles may contain affiliate links which enable us to share in the revenue of any purchases made.
Fonts by Typekit and Monotype.