"The idea is definitely crazy, but if it is crazy enough to be true? That remains to be seen." 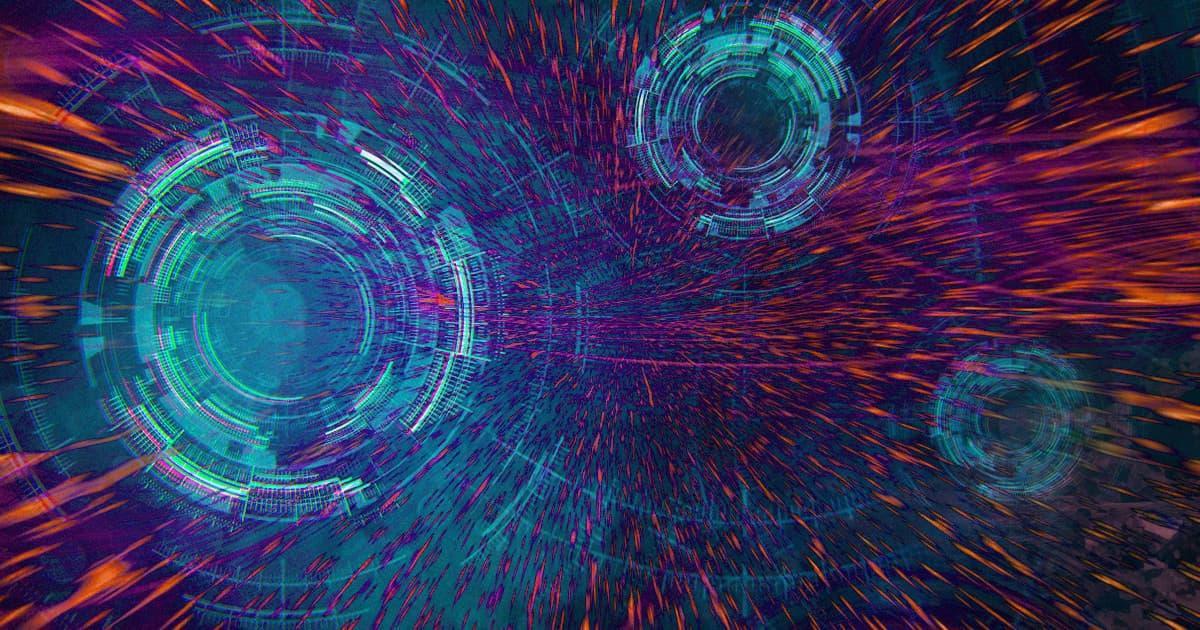 It's not every day that we come across a paper that attempts to redefine reality.

But in a provocative preprint uploaded to arXiv this summer, a physics professor at the University of Minnesota Duluth named Vitaly Vanchurin attempts to reframe reality in a particularly eye-opening way — suggesting that we're living inside a massive neural network that governs everything around us. In other words, he wrote in the paper, it's a "possibility that the entire universe on its most fundamental level is a neural network."

For years, physicists have attempted to reconcile quantum mechanics and general relativity. The first posits that time is universal and absolute, while the latter argues that time is relative, linked to the fabric of space-time.

In his paper, Vanchurin argues that artificial neural networks can "exhibit approximate behaviors" of both universal theories. Since quantum mechanics "is a remarkably successful paradigm for modeling physical phenomena on a wide range of scales," he writes, "it is widely believed that on the most fundamental level the entire universe is governed by the rules of quantum mechanics and even gravity should somehow emerge from it."

"We are not just saying that the artificial neural networks can be useful for analyzing physical systems or for discovering physical laws, we are saying that this is how the world around us actually works," reads the paper's discussion. "With this respect it could be considered as a proposal for the theory of everything, and as such it should be easy to prove it wrong."

The concept is so bold that most physicists and machine learning experts we reached out to declined to comment on the record, citing skepticism about the paper's conclusions. But in a Q&A with Futurism, Vanchurin leaned into the controversy — and told us more about his idea.

Futurism: Your paper argues that the universe might fundamentally be a neural network. How would you explain your reasoning to someone who didn't know very much about neural networks or physics?

Vitaly Vanchurin: There are two ways to answer your question.

The first way is to start with a precise model of neural networks and then to study the behavior of the network in the limit of a large number of neurons. What I have shown is that equations of quantum mechanics describe pretty well the behavior of the system near equilibrium and equations of classical mechanics describes pretty well how the system further away from the equilibrium. Coincidence? May be, but as far as we know quantum and classical mechanics is exactly how the physical world works.

The second way is to start from physics. We know that quantum mechanics works pretty well on small scales and general relativity works pretty well on large scales, but so far we were not able to reconcile the two theories in a unified framework. This is known as the problem of quantum gravity. Clearly, we are missing something big, but to make matters worse we do not even know how to handle observers. This is known as the measurement problem in context of quantum mechanics and the measure problem in context of cosmology.

Then one might argue that there are not two, but three phenomena that need to be unified: quantum mechanics, general relativity and observers. 99% of physicists would tell you that quantum mechanics is the main one and everything else should somehow emerge from it, but nobody knows exactly how that can be done. In this paper I consider another possibility that a microscopic neural network is the fundamental structure and everything else, i.e. quantum mechanics, general relativity and macroscopic observers, emerges from it. So far things look rather promising.

What first gave you this idea?

First I just wanted to better understand how deep learning works and so I wrote a paper entitled “Towards a theory of machine learning”. The initial idea was to apply the methods of statistical mechanics to study the behavior of neural networks, but it turned out that in certain limits the learning (or training) dynamics of neural networks is very similar to the quantum dynamics we see in physics. At that time I was (and still is) on a sabbatical leave and decided to explore the idea that the physical world is actually a neural network. The idea is definitely crazy, but if it is crazy enough to be true? That remains to be seen.

In the paper you wrote that to prove the theory was wrong, "all that is needed is to find a physical phenomenon which cannot be described by neural networks." What do you mean by that? Why is such a thing "easier said than done?"

Well, there are many "theories of everything" and most of them must be wrong. In my theory, everything you see around you is a neural network and so to prove it wrong all that is needed is to find a phenomenon which cannot be modeled with a neural network. But if you think about it it is a very difficult task manly because we know so little about how the neural networks behave and how the machine learning actually works. That was why I tried to develop a theory of machine learning on the first place.

The idea is definitely crazy, but if it is crazy enough to be true? That remains to be seen.

How does your research relate to quantum mechanics, and does it address the observer effect?

What I am saying is very simple. There are structures (or subnetworks) of the microscopic neural network which are more stable and there are other structures which are less stable. The more stable structures would survive the evolution, and the less stable structure would be exterminated. On the smallest scales I expect that the natural selection should produce some very low complexity structures such as chains of neurons, but on larger scales the structures would be more complicated. I see no reason why this process should be confined to a particular length scale and so the claim is that everything that we see around us (e.g. particles, atoms, cells, observers, etc.) is the outcome of natural selection.

I was intrigued by your first email when you said you might not understand everything yourself. What did you mean by that? Were you referring to the complexity of the neural network itself, or to something more philosophical?

Yes, I only refer to the complexity of neural networks. I did not even have time to think about what could be philosophical implications of the results.

I need to ask: would this theory mean we're living in a simulation?

No, we live in a neural network, but we might never know the difference.