This could be a radical new way to store energy. 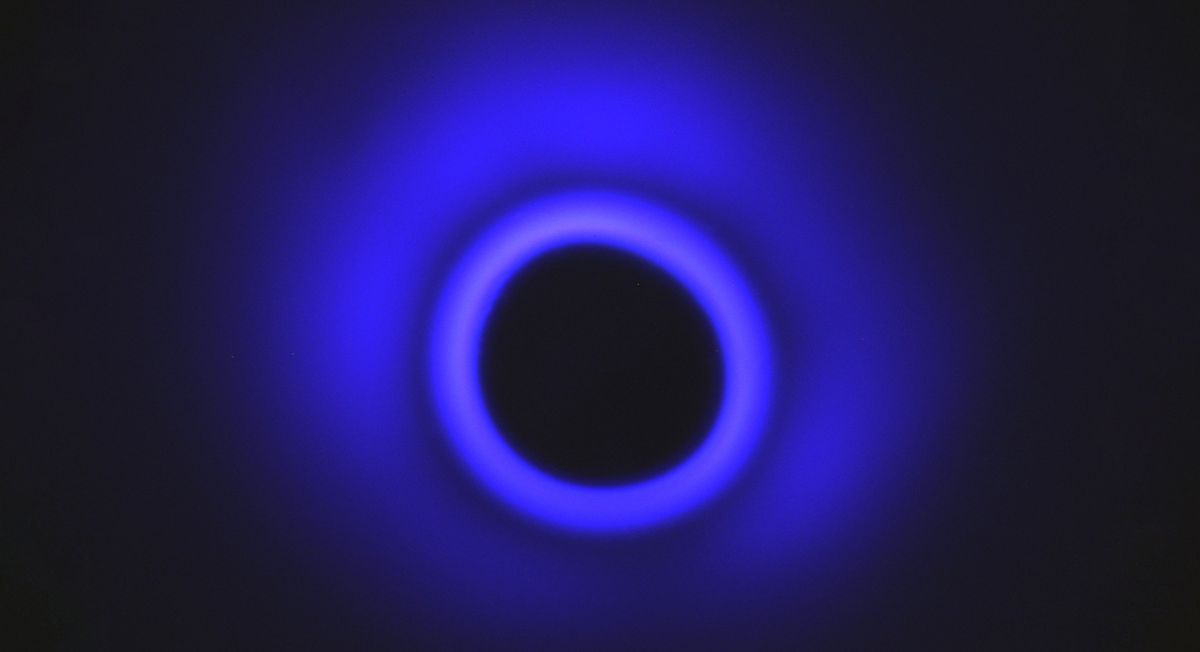 When it was first described in the 1920s by physicist Irvin Langmuir, plasma was said to be one of the fundamental states of matter, though not one that exists freely on Earth under normal circumstances. Plasma is made up of charged particles, ions and electrons, and does occur naturally as lightning; an occurrence that can be contained in man-made objects like florescent light bulbs and plasma-cutting torches.

Now, for the first time, engineers from the California Institute of Technology (Caltech) have been able to create a stable plasma ring without a container According to the Caltech press release, it's "essentially capturing lightning in a bottle, but without the bottle."

This remarkable feat was achieved using only a stream of water and a crystal plate, made from either quartz and lithium niobate. The union of these tools induced a type of contact electrification known as the triboelectric effect.

The researchers blasted the crystal plate with an 85-micron-diameter jet of water (narrower than a human hair) from a specially designed nozzle. The water hit the crystal plate with a pressure of 632.7 kilograms of force per centimeter (9,000 pounds per square inch), generating an impact velocity of around 305 meters per second (1,000 feet per second) — as fast as a bullet from a handgun.

Plasma was formed as a result of the creation of an electric charge when the water hit the crystal surface. The flow of electrons from the point of contact ionizes the molecules and atoms in the gas area surrounding the water's surface, forming a donut-shaped glowing plasma that's dozens of microns in diameter.

The researchers were able to sustain the ring-shaped plasma as long as the water stream kept firing at the crystal. They also realized that the smoother the surface was, the clearer the plasma ring would be.

"We were told by some colleagues this wasn't even possible. But we can create a stable ring and maintain it for as long as we want, no vacuum or magnetic field or anything," Francisco Pereira, a Caltech visiting fellow originally from the Marine Technology Research Institute in Italy, said in the press release. Pereira is a co-author of the study published in the journal of the Proceedings of the National Academy of Sciences, together with Caltech's Morteza Gharib.

Gharib's team also noticed another peculiar phenomenon: the plasma ring emitted distinct radio frequencies, as evidenced by the high levels of static the engineers' mobile phones picked up during the experiment. "That's never been seen before. We think it's because of the piezo properties of the materials that we used in our experiments," Pereira explained.

As remarkable as the achievement is, the team's plasma ring doesn't yet have any immediate commercial application — though Gharib did suggest one possibility: energy storage.

He explained that generating plasma without the help of any powerful electromagnetic fields or vacuum hints that it may be possible to use plasma structures to store energy. If that proves to be the case, it would an exciting discovery for those hard at work developing alternative energy methods. It would be yet another option for experts who have been devoting their time and resources to finding (or developing) a better battery for the energy storage needs of today — and the future.

Read This Next
Hole Shebang
Physicists Outline Plan to Harvest Energy From Black Holes
Big and Small
New Theory Throws Out Einstein's Theory of General Relativity
Consciousness Everywhere
Professor: Electrons and Quarks May Experience Consciousness
Wonderfully Weird
Bizarre Black Hole "Drags" Spacetime, Blasts Wobbling Plasma Jets
Futurism
MIT Is Taking on Fusion Power. Could This Be the Time It Actually Works?
More on Hard Science
Tractor Beam
Thursday on the byte
Scientists Build Working Tractor Beam, Although It's Comically Tiny
Having a Blast
Jan 18 on the byte
New Study Shows Where You Should Hide to Survive a Nuclear Attack
Offworld Amino
Jan 15 on the byte
Scientists Find Building Blocks of Life in Meteor That Smashed Into Family's Driveway
READ MORE STORIES ABOUT / Hard Science
Keep up.
Subscribe to our daily newsletter to keep in touch with the subjects shaping our future.
+Social+Newsletter
TopicsAbout UsContact Us
Copyright ©, Camden Media Inc All Rights Reserved. See our User Agreement, Privacy Policy and Data Use Policy. The material on this site may not be reproduced, distributed, transmitted, cached or otherwise used, except with prior written permission of Futurism. Articles may contain affiliate links which enable us to share in the revenue of any purchases made.
Fonts by Typekit and Monotype.