MIT Is Taking on Fusion Power. Could This Be the Time It Actually Works?

"We think we have the science, speed and scale to put carbon-free fusion power on the grid in 15 years." 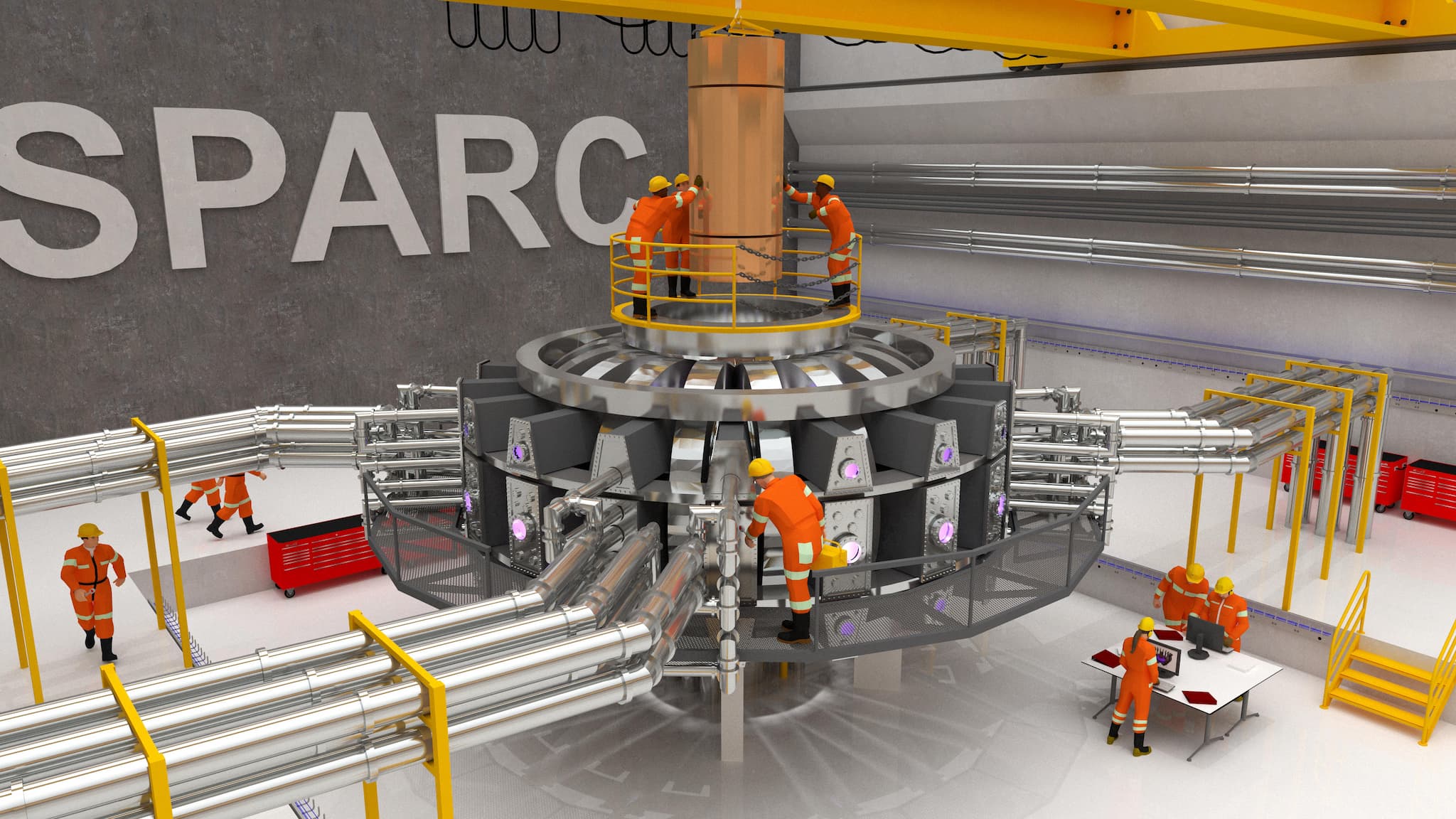 We may be one large step closer to a future driven by fusion power — the elusive, limitless, and zero-carbon energy source that's even a step-up from renewables. A collaboration between MIT and a new private company, Commonwealth Fusion Systems (CFS), aims to bring the world's first fusion power plant online in the next 15 years, using a novel approach.

Fusion powers the sun and other stars. It involves lighter atoms like hydrogen smashing together to form heavier elements, like helium, and releasing massive amounts of energy while doing so. This energy release happens, however, at very, very extreme temperatures — in the range of hundreds of millions of degrees Celsius — which would melt any material it came in contact with.

So, in order to experiment with fusion in the laboratory, researchers use magnetic fields to hold that smashed together soup of subatomic particles, called plasma, suspended and away from the walls of the experimental chamber. The trickiness of using fusion as a form of energy is that, to date, every experiment has yielded net negative energy  — meaning more energy goes into heating that subatomic soup than comes out for potential use.

Now, this collaboration is launching an experiment known as SPARC, which will use new, high-temperature superconductors to build smaller, more powerful high-field magnets to power an experimental fusion reactor. SPARC's goal? The first-ever net positive energy gain from fusion.

This fusion experiment is designed to produce 100 megawatts of heat, thanks to those new magnets. It won't turn that heat into electricity, but in 10-second pulses, it could produce twice the power needed to heat the plasma, and as much power as is used by a small city.

While this team's approach to fusion power seems promising; a number of previous collaborations were unable to get fusion energy off the ground. Researchers at the University of New South Wales tried, and failed, to create fusion through hydrogen-boron reactions.

The International Thermonuclear Experimental Reactor (ITER) in France is also making progress, but SPARC is set to dethrone the project in terms of size. SPARC will be only 1/65th of ITER's volume, because these new high-field magnets make it possible to build smaller fusion plants needed to achieve a given level of power.

If SPARC is successful, and the fusion project design proliferates worldwide, it's possible fusion energy could start to help meet global energy demands. Researching carbon-free fusion energy is critical during an era in which greenhouse gases continue to drive climate change.

"The aspiration is to have a working power plant in time to combat climate change," Bob Mumgaard, CEO of Commonwealth Fusion Systems, told The Guardian. "We think we have the science, speed and scale to put carbon-free fusion power on the grid in 15 years."

Read This Next
Hole Shebang
Physicists Outline Plan to Harvest Energy From Black Holes
Tasty Physics
This Physicist Is Using Mayonnaise to Study Nuclear Fusion
Wonderfully Weird
Bizarre Black Hole "Drags" Spacetime, Blasts Wobbling Plasma Jets
This Week in Science
This Week in Science: Oct 27 – Nov 2
Futurism
A Stable Plasma Ring Has Been Created in Open Air For the First Time Ever
More on Hard Science
Big Dark Energy
Aug 12 on the byte
Huge Empty Voids in Universe May Be Generating Dark Energy, Scientists Say
Big Boom
Aug 12 on the byte
One of the Brightest Stars in the Sky Is Acting Bizarre, Scientists Say
Dark Secrets
Aug 3 on futurism
Scientists Just Detected the Oldest Dark Matter Ever Observed
READ MORE STORIES ABOUT / Hard Science
Keep up.
Subscribe to our daily newsletter to keep in touch with the subjects shaping our future.
+Social+Newsletter
TopicsAbout UsContact Us
Copyright ©, Camden Media Inc All Rights Reserved. See our User Agreement, Privacy Policy and Data Use Policy. The material on this site may not be reproduced, distributed, transmitted, cached or otherwise used, except with prior written permission of Futurism. Fonts by Typekit and Monotype.