This Physicist Is Using Mayonnaise to Study Nuclear Fusion

Scientists' secret weapon in the race to develop fusion: mayonnaise. 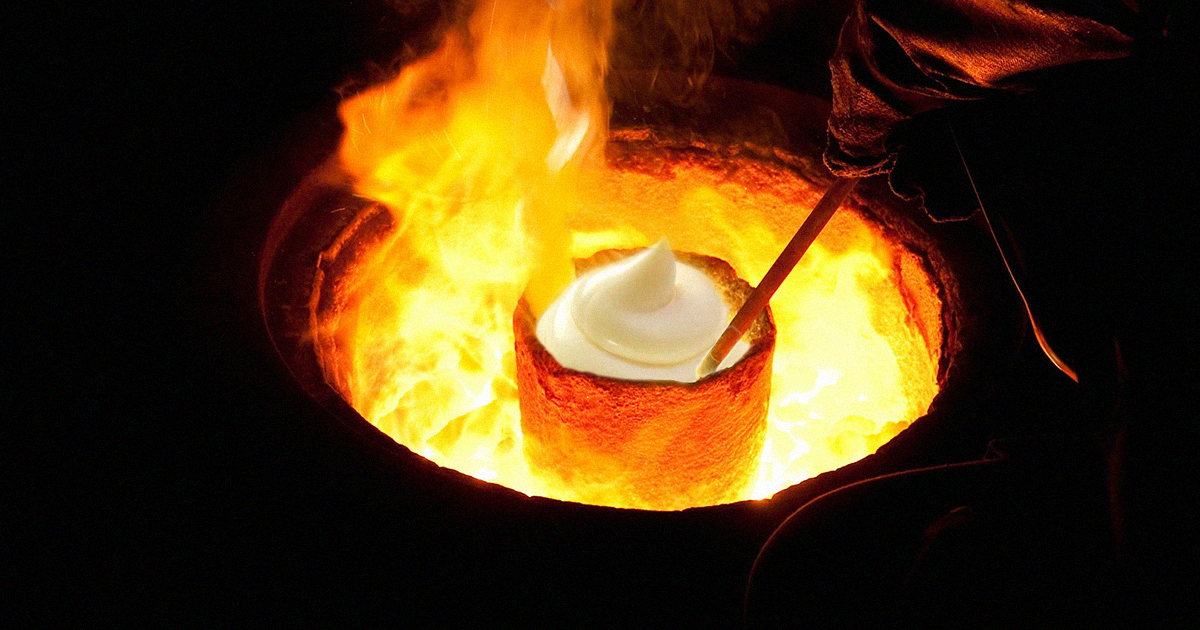 Image by skeeze via Pixabay/Victor Tangermann

One promising aspect of US nuclear fusion research may depend on a common kitchen condiment.

To recreate the conditions necessary for fusion reactions, physicists sometimes use something called inertial confinement studies. In this case, that means using gas, frozen inside pea-sized metal pellets, which are placed in a centrifugal chamber and bombarded with high-powered lasers that compress the gas and heat it up to a few million Kelvin.

This all happens in a matter of nanoseconds and, according to Phys.org, tends to have an unwanted side effect — the pellets often explode before reaching fusion conditions. In order to take the concept further, scientists need to better understand the physics at play.

And that's where mayo comes in.

Arindam Banerjee, an associate professor of mechanical engineering and mechanics at Lehigh University, studies the dynamics of materials in extreme environments. He and his team have built several devices to measure forces in inertial confinement studies.

One subject of their investigations is the phenomenon of instability between materials of two different densities under extreme conditions, like the pellets and gas, known as Rayleigh-Taylor instability. Banerjee likens it to the air inside a balloon.

"As the balloon compresses, the air inside pushes against the material confining it, trying to move out," Banerjee said in a press release. "At some point, the balloon will burst under pressure. The same thing happens in a fusion capsule. The mixing of the gas and molten metal causes an explosion."

To understand how molten metal and gasses interact, Banerjee and collaborators looked to mimic the metal. They determined that the material properties and dynamics of the metal at a high temperature are much like those of — drum roll, please — mayonnaise at a low temperature.

In the experiments, the team poured Hellman's Real Mayonnaise into a Plexiglass container and subjected it to some of the same conditions as the molten metal. Using a high-speed camera and an image processing algorithm, the team computed the parameters associated with the instability.

The results of the study were published today in the journal Physical Review E — a rare example of mayonnaise in scientific literature.

Understanding the fundamental hydrodynamics and physics of fusion reactions may indeed require out of the box thinking. By applying a creative mindset, and maybe substituting an ingredient or two, physicists can better model the forces at work in various reactions.

Better understanding such forces, according to Banerjee — who's been experimenting with mayonnaise since at least 2015 — could be of value in helping to solve challenges in geophysics, astrophysics, industrial processes such as explosive welding, and high-energy density physics problems related to inertial confinement fusion.

More on Fusion Research: Scientists Have a New Idea to Make a Fusion Reactor Practical

Read This Next
Quacks Like a Duck
Those Headlines About Scientists Building a Wormhole Are Total Nonsense, People
Good Samaritan
Physics Dept Gets Random Box Full of $180K in Untraceable $50s and $100s
Brands We Love
Go Beyond The Science Headlines With The Fundamentals Of Physics Course
Quantum Teleportation
Scientists Are Building a Quantum Teleporter Based on Black Holes
Alternate Timelines
Paradox-Free Time Travel Possible With Many Parallel Universes
More on Hard Science
Warped Tour
Feb 2 on futurism
Professor Believes Door to Warp Drive May Lie With Ethylene Glycol
Sky Bursts
Feb 2 on the byte
Astronomers Intrigued by 25 Mysterious Repeating Radio Signals From Deep Space
Tractor Beam
Jan 26 on the byte
Scientists Build Working Tractor Beam, Although It's Comically Tiny
READ MORE STORIES ABOUT / Hard Science
Keep up.
Subscribe to our daily newsletter to keep in touch with the subjects shaping our future.
+Social+Newsletter
TopicsAbout UsContact Us
Copyright ©, Camden Media Inc All Rights Reserved. See our User Agreement, Privacy Policy and Data Use Policy. The material on this site may not be reproduced, distributed, transmitted, cached or otherwise used, except with prior written permission of Futurism. Articles may contain affiliate links which enable us to share in the revenue of any purchases made.
Fonts by Typekit and Monotype.