Would you step through a wormhole to a different timeline to kill Hitler? 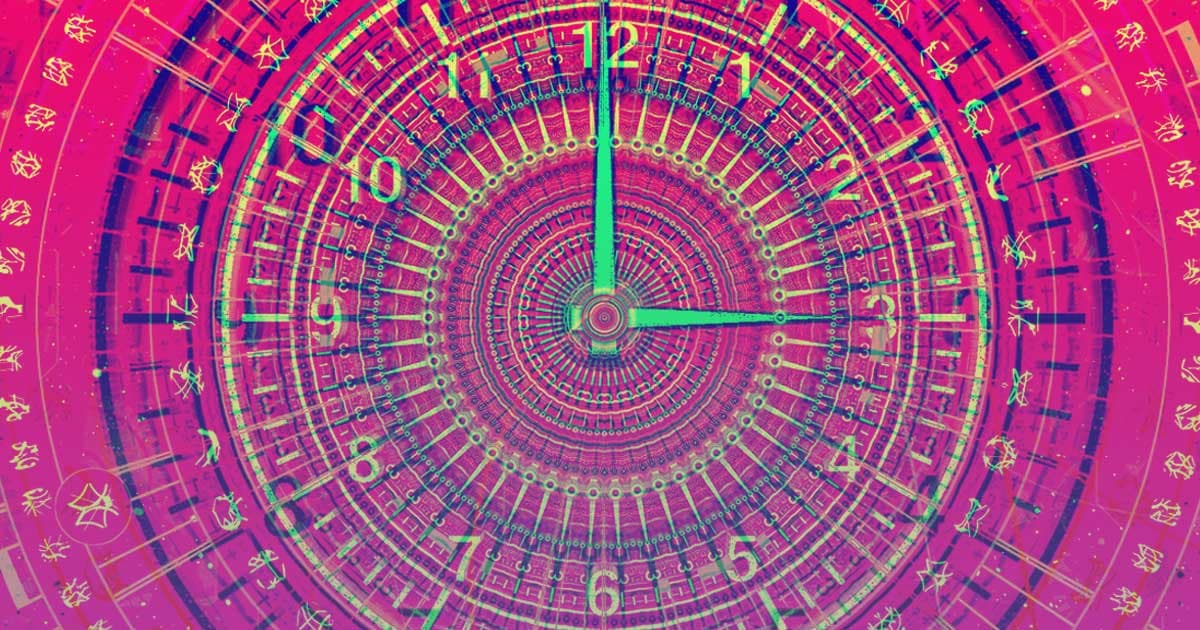 These kinds of brain-breaking paradoxes have been puzzling us forever, inspiring stories ranging from "Back to the Future" to "Hot Tub Time Machine."

Now, New Scientist reports that physicists Barak Shoshany and Jacob Hauser from the Perimeter Institute in Canada have come up with an apparent solution to these types of paradoxes that requires a very large — but not necessarily infinite — number of parallel universes.

They uploaded a paper of their research to the preprint archive arXiv last month. It describes a model in which a person could theoretically travel from one timeline to another by stepping through a hole in space-time, or wormhole, in a way that they claim is "mathematically possible."

"The parallel universes approach that we suggest says there are different parallel universes where things are roughly the same, and each one is mathematically on a separate space-time manifold," Shoshany told New Scientist. "You can go between those manifolds when you travel back in time."

Multiple timelines would allow you to travel to a different timeline and kill your grandparents without causing a paradox. But the number of timelines doesn't have to be infinite for this to work, the researchers calculated.

The model does have a major drawback, at least for narrative purposes: time travel won't do any good for your own timeline.

"What time travel means here is stepping between those histories — that’s even freakier," astrophysicist and dark matter expert Geraint Lewis at the University of Sydney, who was not involved in the research, told New Scientist. "At some level it doesn’t even feel like time travel anymore, because what’s the point of going back and killing Hitler if the second world war still plays out in the universe you’re from?"

Read This Next
Quacks Like a Duck
Those Headlines About Scientists Building a Wormhole Are Total Nonsense, People
Good Samaritan
Physics Dept Gets Random Box Full of $180K in Untraceable $50s and $100s
Brands We Love
Go Beyond The Science Headlines With The Fundamentals Of Physics Course
Quantum Teleportation
Scientists Are Building a Quantum Teleporter Based on Black Holes
Multidimensional Cats
This Physicist Believes There Are Countless Parallel Universes
More on Hard Science
Reel Big Dish
Wednesday on the byte
Brilliant Scientists Decide to Name the World's Largest Telescope "SKA"
Horrible Geese
Dec 4 on futurism
Furious Geese Are Defeating Humans, Scientists Find
It From Bit
Nov 22 on the byte
A Scientist Is Crowdfunding an Experiment to Check if We Live in a Simulation
READ MORE STORIES ABOUT / Hard Science
Keep up.
Subscribe to our daily newsletter to keep in touch with the subjects shaping our future.
+Social+Newsletter
TopicsAbout UsContact Us
Copyright ©, Camden Media Inc All Rights Reserved. See our User Agreement, Privacy Policy and Data Use Policy. The material on this site may not be reproduced, distributed, transmitted, cached or otherwise used, except with prior written permission of Futurism. Articles may contain affiliate links which enable us to share in the revenue of any purchases made.
Fonts by Typekit and Monotype.