That's one way to make a splash in the science world. 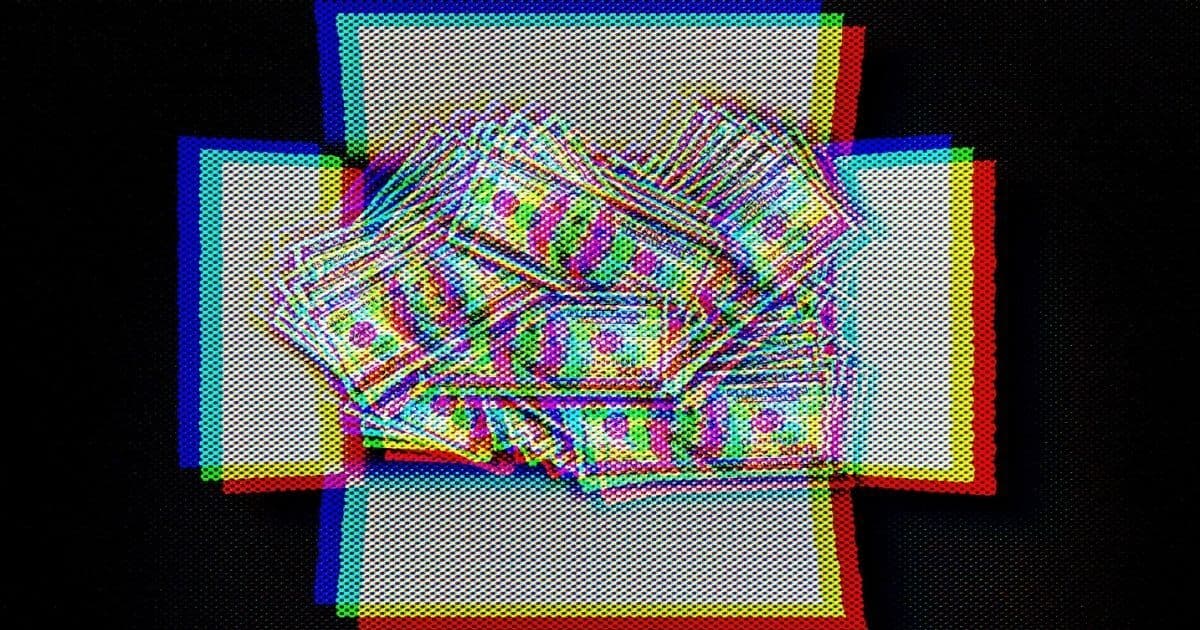 A box full of untraceable cash sat collecting dust in the unused office of a New York City physics professor for the better part of a year, with the intended recipient none the wiser.

As The New York Times reports, this story straight out of a Christmas movie actually happened to Vinod Menon, the chairs of the Physics Department at the City College of New York in Harlem.

Because he'd been teaching remotely since March 2020, Menon hadn't been back to his office since the beginning of the COVID-19 pandemic and, as such, hadn't checked his mail in over a year by the start of this year's fall semester.

According to a note left by the pseudonymous "Kyle Paisley" that was dated November 10, 2020, the donation was meant for needy physics students pay their tuitions.

Paisley claimed they were a scientist and alumnus of City College's famed physics department. As the Times noted, that would put them in good company — the program has spawned three Nobel laureates  including the pioneering nuclear physicist Robert Hofstadter, and hosted Albert Einstein for one of his first addresses given in the United States.

Because of the peculiar nature of the donation, a search was convened to find Paisley and the cash was "treated like evidence," with the school going so far as to contact federal authorities to make sure the money wasn't from the mob or any other criminal enterprise.

The cash was clean and had, per federal investigators, been withdrawn from banks around Maryland during the past several years. The return address was an extant house in Pensacola, Florida, but the person that lived there wasn't affiliated with anyone named Kyle Paisley nor City College, and the school determined that nobody by that name had ever attended the university.

The money's fate hung in the balance until earlier this month, when the board of trustees for the City University of New York — the huge public university system of which City College was the founding school — voted formally to accept the donation in spite of its unusual method of delivery.

City College's tuition is, compared to the outrageous sums charged at private and even some public universities, quite inexpensive, with undergraduate tuition running about $7,500 a year. Because of the size of the mysterious donation, Menon told the Times that $180,000 will cover two full scholarships per year for more than 10 years, which will likely carry some form of charity work so that students may "give back in some way."

Anonymous donations aren't unheard of, but to do so in such a flashy way — and in the middle of a pandemic that screwed up universities so badly that the "regular, everyday package" in which it was sent went untouched for nearly nine months — has certainly caused a splash.

It's unclear why anyone would take such pains to conceal their identity when donating to such a worthy cause, but then again, physicists aren't exactly known for their practicality.

READ MORE: A Box of Cash, a Secret Donor and a Big Lift for Some N.Y.C. Students [The New York Times]

Read This Next
Quacks Like a Duck
Those Headlines About Scientists Building a Wormhole Are Total Nonsense, People
Brands We Love
Peer-To-Peer Real Estate Platforms Eliminate Hassles and Upfront Costs
Brands We Love
This Bitcoin IRA Lets You Easily Invest in Cryptocurrency for Your Retirement
Brands We Love
This High Tech Real Estate Platform Lets Anyone Invest Like a One Percenter
Brands We Love
Go Beyond The Science Headlines With The Fundamentals Of Physics Course
More on Hard Science
Tractor Beam
Thursday on the byte
Scientists Build Working Tractor Beam, Although It's Comically Tiny
Having a Blast
Jan 18 on the byte
New Study Shows Where You Should Hide to Survive a Nuclear Attack
Offworld Amino
Jan 15 on the byte
Scientists Find Building Blocks of Life in Meteor That Smashed Into Family's Driveway
READ MORE STORIES ABOUT / Hard Science
Keep up.
Subscribe to our daily newsletter to keep in touch with the subjects shaping our future.
+Social+Newsletter
TopicsAbout UsContact Us
Copyright ©, Camden Media Inc All Rights Reserved. See our User Agreement, Privacy Policy and Data Use Policy. The material on this site may not be reproduced, distributed, transmitted, cached or otherwise used, except with prior written permission of Futurism. Articles may contain affiliate links which enable us to share in the revenue of any purchases made.
Fonts by Typekit and Monotype.