Scientists Are Building a Quantum Teleporter Based on Black Holes

Theoretically, it would turn them into a functional wormhole. 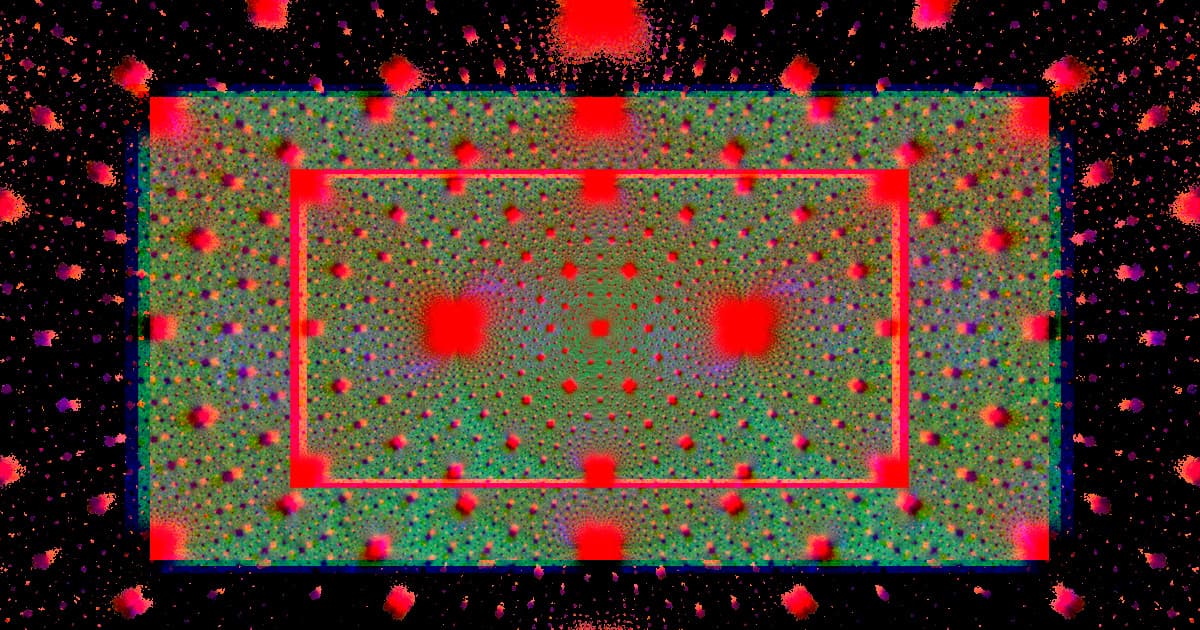 A team of physicists has a plan to build a functional wormhole that could work like a bridge across two points in space. And all it'll take are... two quantum entangled black holes.

Conventional wisdom tells us that nothing ever escapes from a black hole's immense gravitational pull. But according to theoretical research from a few years back, two fully-entangled black holes should be able to transmit quantum information between them — rather than destroying it — after it passes one's event horizon, Quanta Magazine reports.

In that sense, the black holes would recreate a phenomenon called quantum teleportation, which engineers exploit when they build quantum computers. The physics of quantum teleportation gets impossibly dense, but it basically involves transmitting encrypted information from one machine to another.

Creating and linking actual black holes in a lab is a touch beyond modern scientific capabilities, but now University of Maryland researchers Christopher Monroe and Brian Swingle told Quanta they think they can build quantum circuitry that would behave how entangled black holes would.

Most baffling is that, according to earlier models, the circuitry would behave exactly how a teeny-tiny black hole might, Quanta reports. That is to say that the resulting system isn't just attempting to recreate a black hole's activity — it would be indistinguishable from the real thing.

If it works, they would be able to input quantum information into one "black hole" circuit, which would scramble, then consume it. After a little while, that information would pop out of the second circuit, already unscrambled and decrypted. That sets it apart from existing quantum teleportation techniques, Quanta reports, as transmitted information emerges still fully scrambled and then needs to be decrypted, making the process take longer and be less accurate as an error-prone quantum computer tries to recreate the original message.

While the idea of entangled black holes and wormholes conjures sci-fi notions of intrepid explorers warping throughout the cosmos, that's not quite what's happening here.

Rather, it's an evocative way to improve quantum computing technology. Recreating and entangling the bizarre properties of black holes, University of California, Berkely researcher Norman Yao told Quanta, would "allow teleportation on the fastest possible timescale."

Read This Next
Quacks Like a Duck
Those Headlines About Scientists Building a Wormhole Are Total Nonsense, People
Falling In
Objects We Thought Were Black Holes May Actually Be Wormholes, Scientists Say
Black Hole Snapshot
Scientists Release Image of Black Hole at Center of Our Galaxy
Sucking Atmospheres
Scientists Spot Ravenous "Vampire" Star Devouring Its Neighbor
Good Samaritan
Physics Dept Gets Random Box Full of $180K in Untraceable $50s and $100s
More on Hard Science
Warped Tour
Feb 2 on futurism
Professor Believes Door to Warp Drive May Lie With Ethylene Glycol
Sky Bursts
Feb 2 on the byte
Astronomers Intrigued by 25 Mysterious Repeating Radio Signals From Deep Space
Tractor Beam
Jan 26 on the byte
Scientists Build Working Tractor Beam, Although It's Comically Tiny
READ MORE STORIES ABOUT / Hard Science
Keep up.
Subscribe to our daily newsletter to keep in touch with the subjects shaping our future.
+Social+Newsletter
TopicsAbout UsContact Us
Copyright ©, Camden Media Inc All Rights Reserved. See our User Agreement, Privacy Policy and Data Use Policy. The material on this site may not be reproduced, distributed, transmitted, cached or otherwise used, except with prior written permission of Futurism. Articles may contain affiliate links which enable us to share in the revenue of any purchases made.
Fonts by Typekit and Monotype.