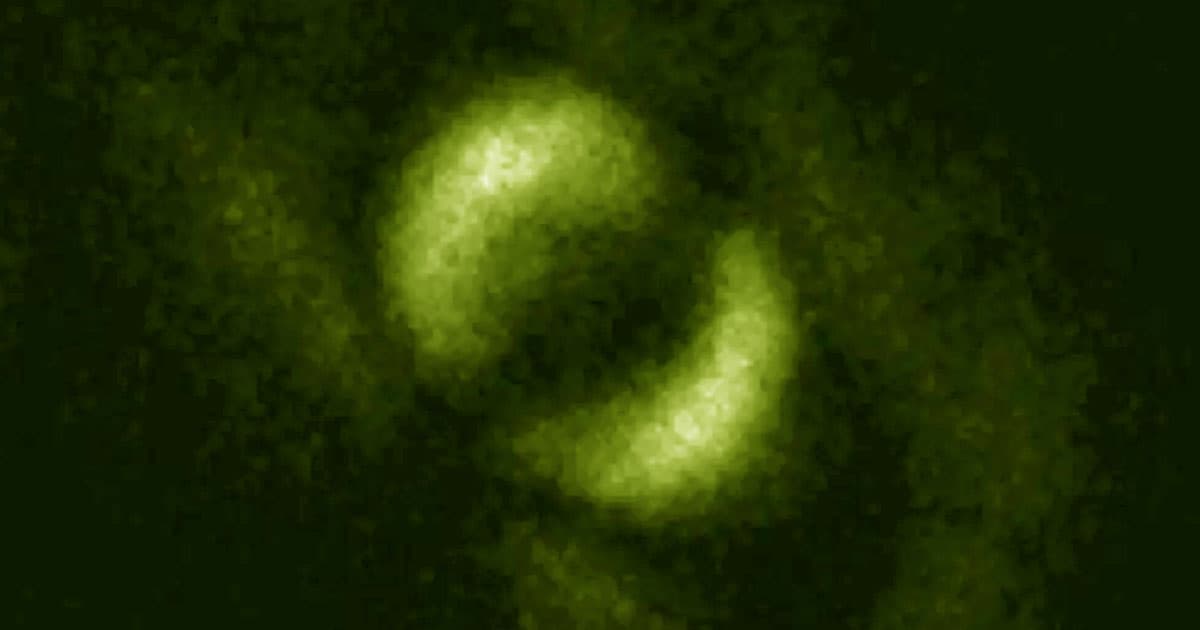 The image paves the way for tools to analyze quantum behavior.

The image paves the way for tools to analyze quantum behavior.

Scientists just managed to snap an image of two photons linked by quantum entanglement, marking the first time that the bizarre phenomenon has been captured with a camera.

The image shows two photons that have been linked through quantum entanglement, which means that they instantly respond to changes that occur in each other, even if they’re separated by a vast physical distance, according to research published Friday in the journal Science Advances. This first-ever photographic evidence of entanglement could help scientists better understand new technology, reports New Atlas, like quantum computers or cryptography.

Taking the image was no easy task, according to the research. The University of Glasgow physicists rigged a camera to capture 40,000 frames per second of an experimental setup that they maintained at -30 degrees Celsius in pitch black. They then had to comb through thousands of frames to find signs of entanglement.

“The image we’ve managed to capture is an elegant demonstration of a fundamental property of nature, seen for the very first time in the form of an image,” Glasgow physicist Paul-Antoine Moreau, told New Atlas. “It’s an exciting result which could be used to advance the emerging field of quantum computing and lead to new types of imaging.”

More on quantum entanglement: Our Reality Could Be a “Hologram” Created by Quantum Physics