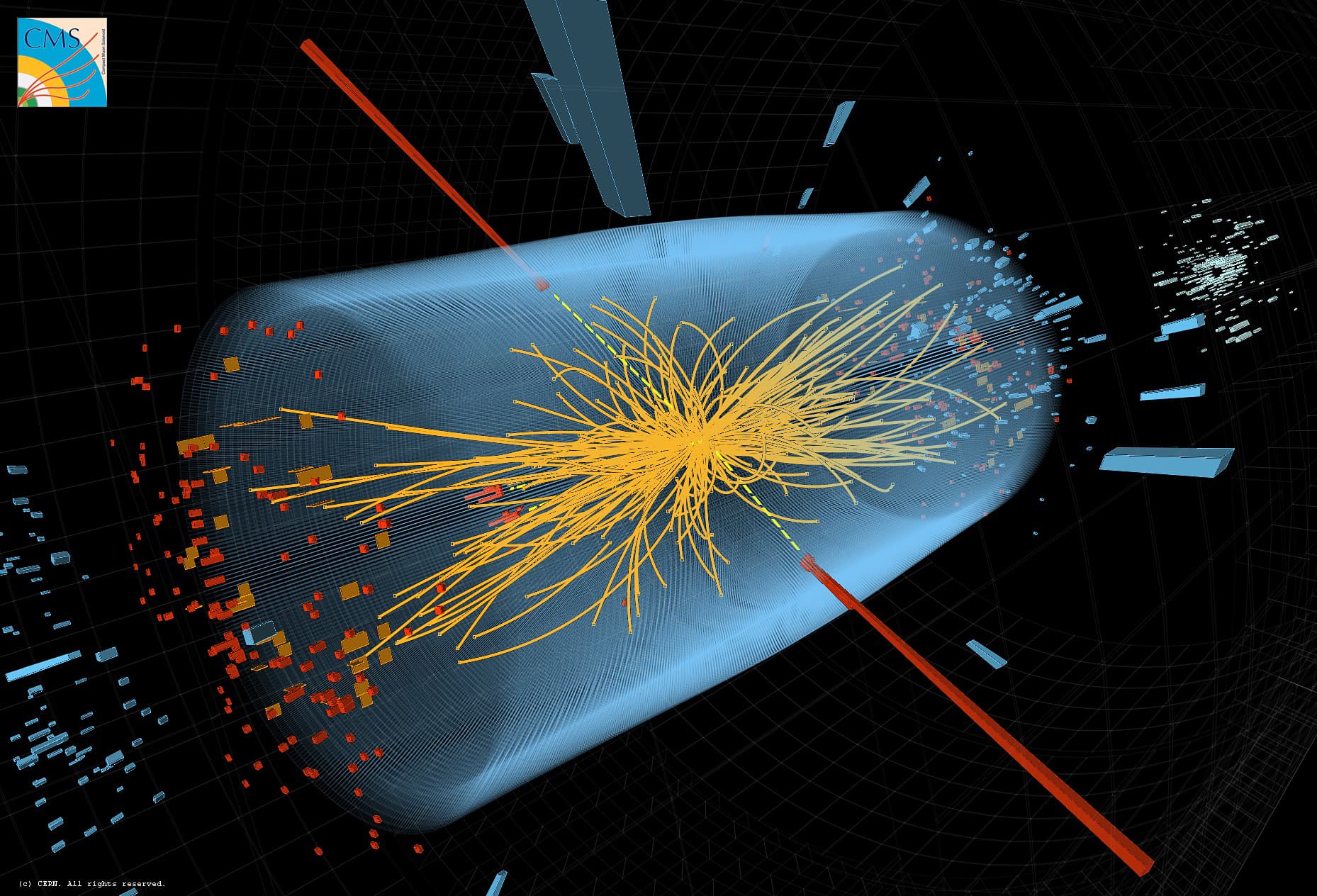 The quantum world is notoriously difficult to comprehend. As Niels Bohr famously stated, "Anyone who is not shocked by quantum theory has not understood it." One of the things we pride ourselves on here at Futurism is breaking down those complex topics into something easily digestible. So, we're going to try to wrangle the impossible, starting with the Standard Model of Particle Physics.

Before we get down into the nitty gritty, here is some back-story. Back in 1896, a gentleman by the name of Joseph J. Thompson (or JJ, as I will refer to him) discovered something rather unusual. You see, back then, people knew about the periodic table of elements (although it did not quite look like what it does today, for obvious reasons). Everyone at the time knew that Hydrogen was the element with the least mass within the periodic table of elements. Then JJ got a hold of a pretty nifty device which enabled him to measure the mass of the particles passing through it. He noticed that these particles were thousands of times less massive than the Hydrogen atom. Now, how can that be, if hydrogen truly had the least mass of all the atoms? And here's where we say congratulations  to JJ-- he just discovered the sub-atomic particle now known as the Electron (a particle that all of us are, more or less, familiar with). However (a brief fun fact), the name of this particle ultimately came from an Irish physicist, George F. Fitzgerald.

Over in Manchester, England in 1911, another gentleman named Ernest Rutherford used the decay of radioactive elements to produce beams of particles, which he fired at a thin gold foil. Why? Because science. Really though, he expected that the Alpha particles would  just go right through the foil, but surprisingly, one in every thousand or so bounced back. After thinking about the reasoning behind this bounce back, Rutherford came to the conclusion that there had to be something small and very dense within the foil that was causing the deflection. Hence, the nucleus of the atom. He also discovered that most of the atom is composed of 99% empty space (technically, this "empty space" is really a soup of a lot of things that average out to zero; however, that's making things a bit more complicated than they need to be, for the time being). Rutherford and his partner, James Chadwick, continued to conduct similar experiments, and in 1932 they discovered that the nucleus of an atom was made of two particles, protons and neutrons.

Fast forward to the late 1930's. At this time, scientists were hard at work trying to make sense of many different phenomena that couldn't be explained by just these three particles (particularly within cosmic rays). The problem was that cosmic rays were unpredictable and couldn't be depended on because no one knew when and where they would show up. This paved the way for the Particle Accelerators to come into the picture. These devices were essentially a way to make cosmic rays in a laboratory. Next thing you know, people were discovering new particles left and right. So many of them were being discovered that scientists were running out of names to call them. Eventually, in the 1960s, all of these discoveries led to what we now know as "The Particle Zoo." It was a confusing and chaotic time (to say the least), and American Physicist Murray Gell-Mann is credited for bringing order and structure to physics once more. He had noticed patterns within each of the particles and was able to group them together in their respective symmetry. He noticed that all protons, neutrons, and fundamental particles were built of the same building blocks, which he named "quarks." Quarks are ultimately the elementary particle that are a fundamental constituent of matter.

And there we have it. The basics of the Standard Model. Of course, there is more to add...a lot more, in fact; however, quarks seem like a fitting place to end for the time being.

Read This Next
Quacks Like a Duck
Those Headlines About Scientists Building a Wormhole Are Total Nonsense, People
The Last Strand
Scientists Puzzled by Weird "Strands" at the Center of Our Galaxy
Good Samaritan
Physics Dept Gets Random Box Full of $180K in Untraceable $50s and $100s
Brands We Love
Go Beyond The Science Headlines With The Fundamentals Of Physics Course
Quantum Teleportation
Scientists Are Building a Quantum Teleporter Based on Black Holes
More on Hard Science
Tractor Beam
Jan 26 on the byte
Scientists Build Working Tractor Beam, Although It's Comically Tiny
Having a Blast
Jan 18 on the byte
New Study Shows Where You Should Hide to Survive a Nuclear Attack
Offworld Amino
Jan 15 on the byte
Scientists Find Building Blocks of Life in Meteor That Smashed Into Family's Driveway
READ MORE STORIES ABOUT / Hard Science
Keep up.
Subscribe to our daily newsletter to keep in touch with the subjects shaping our future.
+Social+Newsletter
TopicsAbout UsContact Us
Copyright ©, Camden Media Inc All Rights Reserved. See our User Agreement, Privacy Policy and Data Use Policy. The material on this site may not be reproduced, distributed, transmitted, cached or otherwise used, except with prior written permission of Futurism. Articles may contain affiliate links which enable us to share in the revenue of any purchases made.
Fonts by Typekit and Monotype.