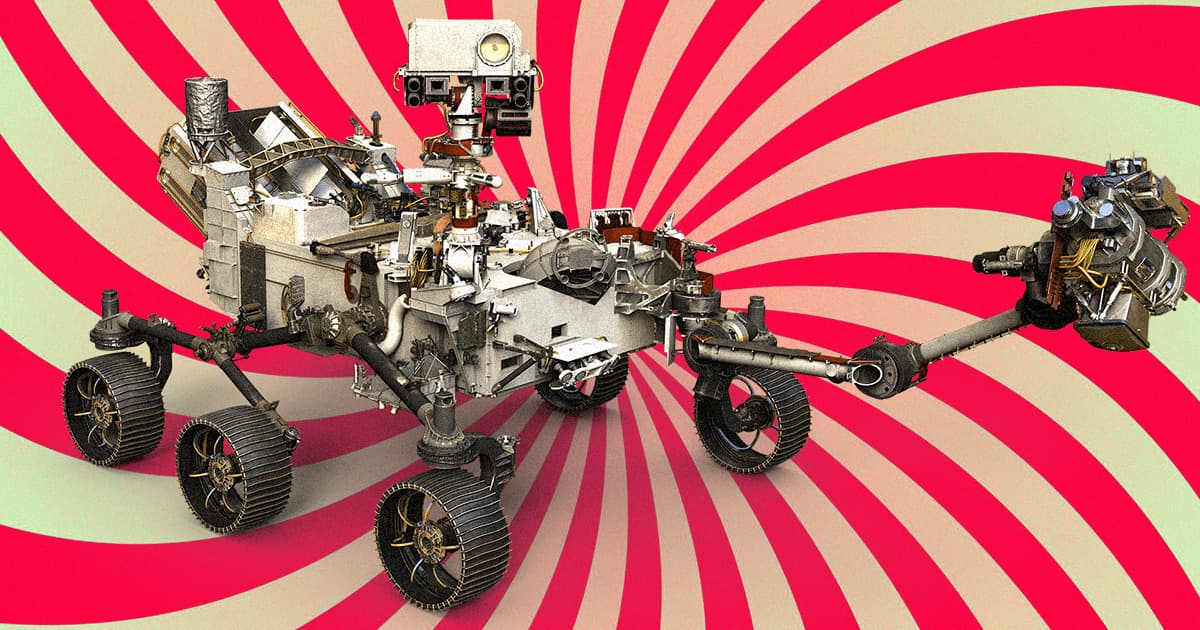 "It's already surmounted many obstacles to get us to the point where we are today — processing for launch."

"It's already surmounted many obstacles to get us to the point where we are today — processing for launch."

After a national contest, NASA's next Mars rover has an official name: Perseverance.

Until now, NASA has simply called Perseverance the Mars 2020 rover, which stuck out next to past rovers with inspiring names like Spirit, Opportunity, and Curiosity. Like Perseverance, those rovers were also named by the winners of student contests, according to a Jet Propulsion Laboratory press release — a longstanding effort to keep the public engaged with the space agency's exploration missions.

When it launches later this year, Perseverance will scan Mars for signs of past and present life while also studying the planet's environment and geochemistry. And Thomas Zurbuchen, associate administrator of NASA's Science Mission Directorate, said that contest winner and seventh-grader Alexander Mather picked a name that encapsulated those challenges.

"Alex's entry captured the spirit of exploration," Zurbuchen said in the release. "Like every exploration mission before, our rover is going to face challenges, and it's going to make amazing discoveries. It's already surmounted many obstacles to get us to the point where we are today — processing for launch."

When Perseverance reaches Mars, it will not only carry scientific instruments but also over 100 of the names suggested for the contest.

"All 155 semifinalists' proposed rover names and essays have been stenciled onto a silicon chip with lines of text smaller than one-thousandth the width of a human hair," Lori Glaze, director of NASA's Planetary Science Division said in the release, "and will be flown to Mars aboard the rover."

More on NASA: Next NASA Mars Rover Will Sport a Rock-Vaporizing Laser