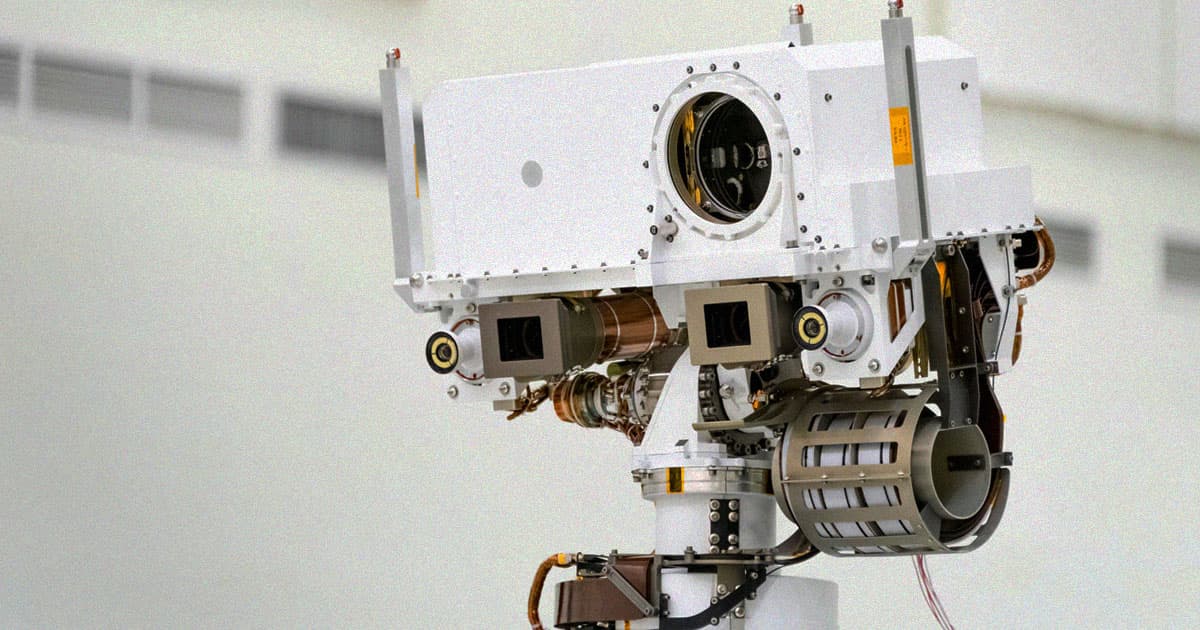 Next NASA Mars Rover Will Sport a Rock-Vaporizing Laser

The Mars 2020 rover, which NASA will be launching in July, is packing serious heat.

Part of the rover's mission is to search for fossils or other evidence that Mars once hosted life — and NASA decided that the best way to do that is to use a laser so strong it can vaporize rocks, according to Digital Trends. It's a bizarre plan, but one that could finally determine whether the Red Planet ever hosted life.

The plan is to use spectroscopic tools that can determine what those rocks were made of as they're being blasted to kingdom come.

The laser can bring Mars rocks up to 18,000 degrees Fahrenheit, according to Digital Trends, at which point a camera would scan the resulting plasma to determine its chemical makeup.

The goal is to spot specific minerals and compounds that are likely to form from exposure to water, like carbonates and sulfates, as they would help piece together crucial details about Mars' former environments, such as whether the planet was ever hospitable enough for organisms to survive on the surface.

And if there's life out there now, its first encounter with Earth be seeing a robot blasting rocks with a laser.

READ MORE: Why the Mars 2020 rover is armed with a high-powered laser [Digital Trends]