Professor Claims to Have Discovered Insect-Like Life on Mars

"There has been and still is life on Mars." 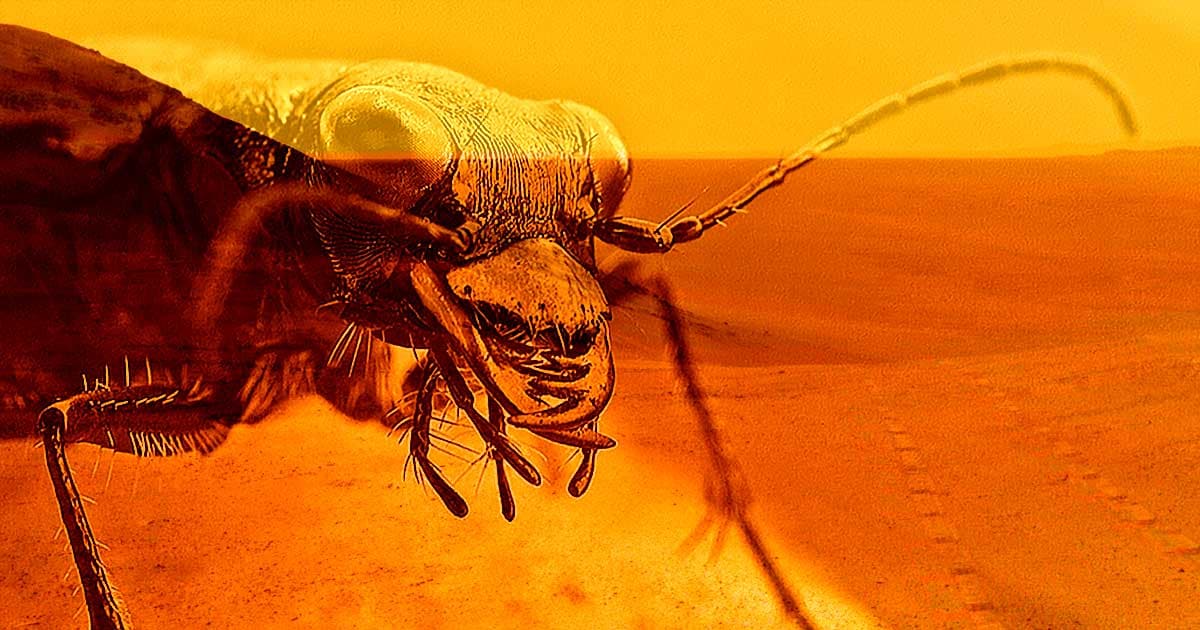 On Tuesday, insect experts from across the United States gathered in St. Louis, Missouri, for the Entomological Society of America's annual meeting — and when Ohio University Professor Emeritus William Romoser got a chance to address his peers, he made a shocking claim.

"There has been and still is life on Mars," Romoser said in a press release about his presentation.

The only problem: his evidence isn't exactly convincing.

According to the press release, Romoser believes that various Mars rovers have already captured images of both living and fossilized insects on the Red Planet. The poster he presented on Tuesday contains multiple photos he found on the internet with what he claims are bug body parts circled in red.

See this blurry spot? That's an insect's thorax. The spot next to it? Clearly, the creature's head looking straight at the camera using its compound eye, which appears in the image to be — you guessed it — a blurry spot.

After analyzing the photos, Romoser says he believes Mars is home to creatures resembling snakes, bumble bees, reptiles, and more. In the press release, he notes how his "discovery" of the lifeforms on Mars aligns with the identification of terrestrial creatures.

"Three body regions, a single pair of antennae, and six legs are traditionally sufficient to establish identification as 'insect' on Earth," he said. "These characteristics should likewise be valid to identify an organism on Mars as insect-like. On these bases, arthropodan, insect-like forms can be seen in the Mars rover photos."

Perhaps the lesson to be learned from Romoser's presentation, then, is not that insects exist on Mars, but that entomologists might want to look into more stringent bases for identifying bugs on Earth.

READ MORE: Scientist claims to spot insects on Mars, but I think they're just rocks [CNET]

More on life on Mars: NASA’s Chief Scientist Is Oddly Terrified by Finding Life on Mars

Read This Next
From Our Partners
10 Thought-Provoking Books That Give Us Insight And Understanding Into Our Future
AI Aliens
Astronomer: Aliens Will Most Likely Resemble AI if We Ever Make Contact
LITTLE GREEN MEN, LITTLE GREEN BILLS
Economics Professor: UFOs Could Be a Big Deal For the Economy
Martian Duds
On Tomorrow's Launch, NASA Is Sending Spacesuit Chunks to Mars
Coarse and Rough
Astronomers Say "Megaripples" Are Moving Across the Surface of Mars
More on Sci-Fi Visions
Human v. Giraffe
Tuesday on the byte
Chaotic Italian Fashion Line Baffles Facial Recognition Software
Step One
Tuesday on the byte
World’s Third Richest Person Says He’s Developed "Addiction" to ChatGPT
Mouse Bot
Monday on the byte
Scientists Build Gruesome Robots That Move With Mouse Muscles
READ MORE STORIES ABOUT / Sci-Fi Visions
Keep up.
Subscribe to our daily newsletter to keep in touch with the subjects shaping our future.
+Social+Newsletter
TopicsAbout UsContact Us
Copyright ©, Camden Media Inc All Rights Reserved. See our User Agreement, Privacy Policy and Data Use Policy. The material on this site may not be reproduced, distributed, transmitted, cached or otherwise used, except with prior written permission of Futurism. Articles may contain affiliate links which enable us to share in the revenue of any purchases made.
Fonts by Typekit and Monotype.