Astronomer: Aliens Will Most Likely Resemble AI if We Ever Make Contact

"They will probably have gone beyond biological smarts and, indeed, beyond biology itself. They won’t be alive." 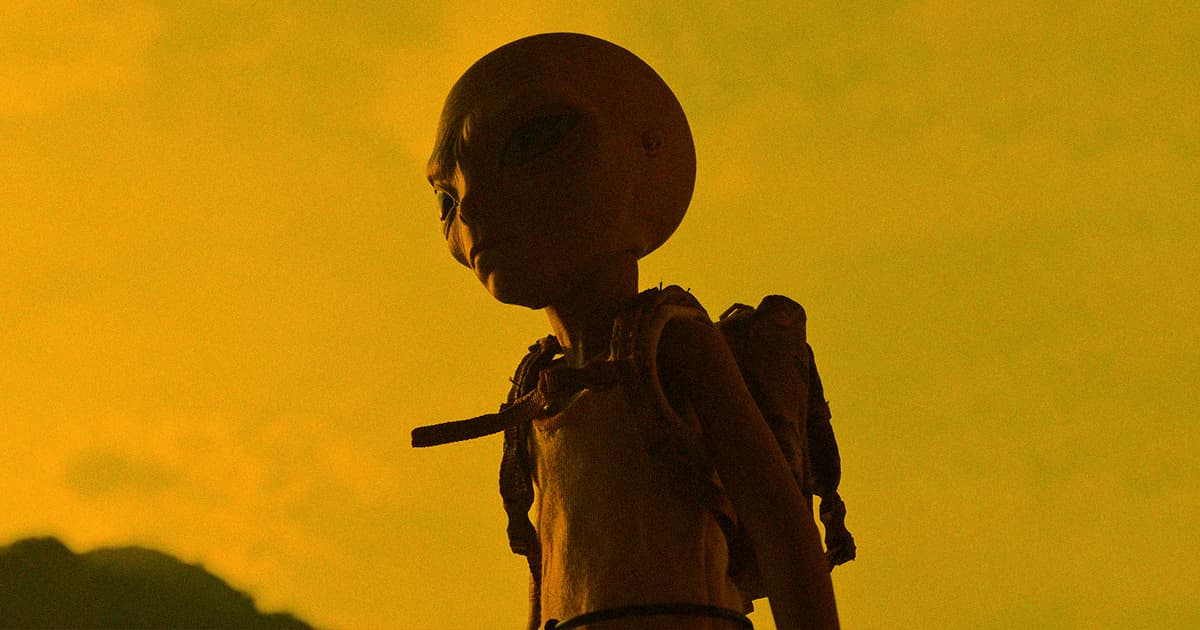 If we ever make contact with an extraterrestrial civilization, we're unlikely to find a group of little green Martians running around.

That's at least according to Seth Shostak, senior astronomer and director at the Center for SETI (Search for Extraterrestrial Intelligence) Research. In a recent opinion piece for The Guardian, Shostak argues that we are far more likely to encounter beings that resemble artificial intelligence.

As we're expecting the release of a Pentagon report into sightings military pilots made of "unidentified aerial phenomena" later this month, the topic of UFOs and aliens has made a significant resurgence — and it's being taken more seriously than ever before.

The report, however, is unlikely to claim that we've already made first contact with an alien race here on Earth — but to Shostak, that doesn't necessarily mean we're alone in the universe.

"I think it’s overwhelmingly likely that aliens are present in our galaxy," he wrote. "But I don’t believe they’re hanging out in our airspace. Not now, and not in historic times."

So what would first contact even look like once it does happen? To Shostak, we won't be encountering the kind of bug-eyed, and green-skinned aliens that works of science fiction have included over the last 60 or so years.

"All terrestrials have DNA blueprints, and share similarities in molecular makeup," he argued. "Nonetheless, few of our fellow Terrans resemble us. The extraterrestrials wouldn’t either."

"Any aliens that trek to our planet are unlikely to be carbon-based life forms, either hirsute or hairless," Shostak said. "Their cognitive abilities will probably not be powered by a spongy mass of cells we’d call a brain. They will probably have gone beyond biological smarts and, indeed, beyond biology itself."

In other words, extraterrestrials "won't be alive."

That's because the enormous distances from one star system to the next could take eons to cover. Shostak however acknowledges the simple fact that thanks to the relatively young age of our solar system, other much older systems could house far more advanced civilizations than us.

But that doesn't allow them to break the laws of physics. "Star Trek and similar scenarios aside, it’s extremely difficult to traverse light-years of space in less than a lifetime – anyone’s lifetime," he argued. "You can call up Scotty in the engine room, but he won’t be able to help."

It's a long trip that won't "appeal to biological passengers who will die long before their destination is reached," but AIs or machines aren't limited by this.

If recent advances in artificial intelligence here on Earth are anything to go by, much older alien civilizations are likely far ahead. "Researchers who work in AI estimate that machines able to beat humans on an IQ test will emerge from the labs by mid-century," Shostak wrote. "If we can do it, some extraterrestrials will have already done it."

And while some researchers have argued any extraterrestrials coming in for a visit could spell disaster, Shostak is far less worried. "So, if alien craft ever do settle on the White House lawn, you can hope that whatever’s inside is friendly," he argued. "If not, there’s always negotiation."

READ MORE: If we ever encounter aliens, they will resemble AI and not little green martians [The Guardian]

More on aliens: Physicist Warns That Contacting Aliens Could End All Life on Earth

Read This Next
Consider the Source
Pentagon UFO Report Describes Radiation Burns, Other Bizarre Claims
From Our Partners
10 Thought-Provoking Books That Give Us Insight And Understanding Into Our Future
LITTLE GREEN MEN, LITTLE GREEN BILLS
Economics Professor: UFOs Could Be a Big Deal For the Economy
Oh God
Trump Implies That the US Military Could Defeat Aliens If They Show Up
Look at That Thing
Navy Pilot Describes Bizzare "Tic Tac" UFO Encounter He Filmed
More on Sci-Fi Visions
From the Dept. of...
Yesterday on futurism
The Best Humidifiers of 2023
Human v. Giraffe
Jan 24 on the byte
Chaotic Italian Fashion Line Baffles Facial Recognition Software
Step One
Jan 24 on the byte
World’s Third Richest Person Says He’s Developed "Addiction" to ChatGPT
READ MORE STORIES ABOUT / Sci-Fi Visions
Keep up.
Subscribe to our daily newsletter to keep in touch with the subjects shaping our future.
+Social+Newsletter
TopicsAbout UsContact Us
Copyright ©, Camden Media Inc All Rights Reserved. See our User Agreement, Privacy Policy and Data Use Policy. The material on this site may not be reproduced, distributed, transmitted, cached or otherwise used, except with prior written permission of Futurism. Articles may contain affiliate links which enable us to share in the revenue of any purchases made.
Fonts by Typekit and Monotype.