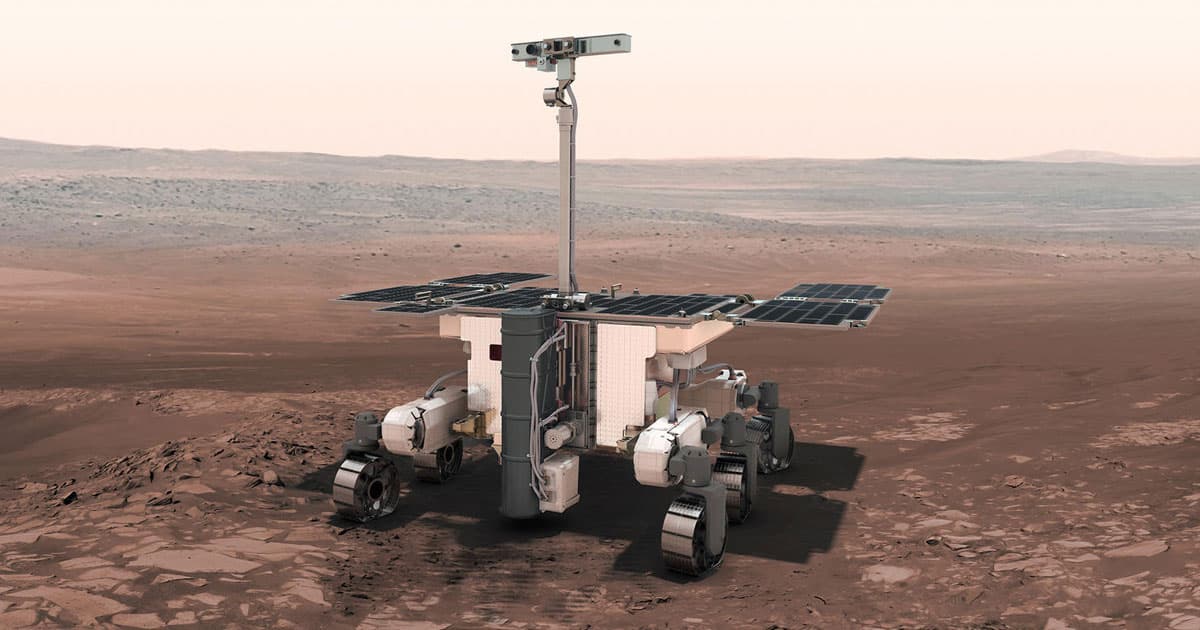 Chief scientist at NASA Jim Green believes we're just years away from finding life on Mars — thanks to the agency's Mars rover and the European Space Agency's ExoMars Rover, both scheduled to launch in 2020.

If the missions find life, Green is terrified of the implications.

"It will start a whole new line of thinking," he told The Telegraph. "I don’t think we’re prepared for the results. I’ve been worried about that because I think we’re close to finding it and making some announcements."

Both rovers are planning to drill into the Martian surface to take rock samples and analyze them for organic matter — something that could indicate the presence of living organisms on the Red Planet. If all goes well, the Mars 2020 rover will eventually send tiny test-tubes of samples back to Earth.

Green's remarks come after ESA researchers announced the first -ever evidence of a "planet-wide groundwater system" on Mars back in February — water that could have allowed the planet to harbor life.

Evidence of organisms on Mars would raise a host of new questions about life beyond Earth, according to Green. Does life on Mars resemble life on Earth in any way? Could it have jumped from planet to planet?

"There is no reason to think that there isn’t civilizations elsewhere, because we are finding exoplanets all over the place," told the paper.

READ MORE: Life on Mars could be found within two years but world is ‘not prepared’, Nasa’s chief scientist says [The Independent]

More on life on Mars: There’s A Huge Subterranean Lake of Liquid Water on Mars