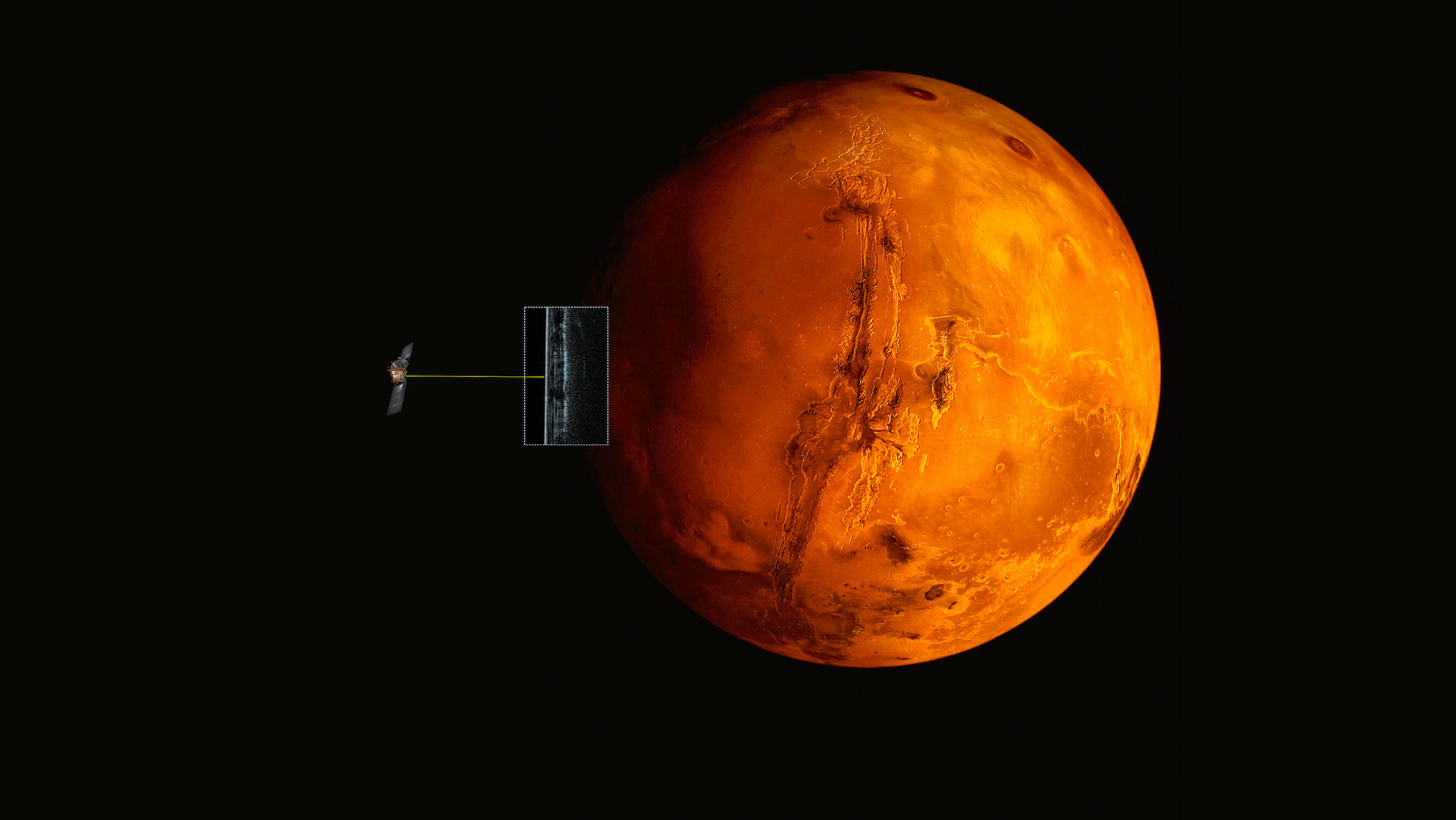 There's A Huge Subterranean Lake of Liquid Water on Mars

The discovery puts a decades-long debate to rest.

The discovery puts a decades-long debate to rest.

LIQUID WATER. It's official. There is liquid water on Mars. And not just a little, either. A research team led by Roberto Orosei, a professor at the University of Bologna, has detected a lake of liquid water 20 kilometers (12.4 miles) wide about 1.5 kilometers (.9 miles) below the surface of Mars' southern ice cap in a region known as Planum Australe. They suspect that dissolved salts from nearby minerals prevent the water from freezing, despite the low temperatures.

They published their research on the Martian lake Wednesday in the journal Science.

RADAR & THE RED PLANET. At the center of this discovery is Mars Advanced Radar for Subsurface and Ionosphere Sounding (MARSIS), an instrument aboard the European Space Agency's (ESA's) Mars Express spacecraft.

This instrument, which is positioned hundreds of kilometers above the surface of Mars, sends electromagnetic radar waves down toward the center of the planet. When those waves transition from one material to the next (from ice to rock, for example), they reflect back up to the instrument. Scientists can then analyze those reflected waves to determine what sort of material exists beneath the Martian surface.

Between May 2012 and December 2015, Orosei and his team focused MARSIS on the Planum Australe (southern plane) region of Mars. As they analyzed the data, they noticed an area had a radar profile similar to those of the lakes of liquid water we know exist beneath ice sheets here on Earth. After ruling out any other possibilities, the researchers concluded that a lake of liquid water is the only explanation for the data.

FOLLOW THE WATER. This isn't the first discovery of water on Mars — we already knew the planet was home to ice as well as small amounts of water vapor. We've even found evidence of liquid water on the Red Planet, but this is the first time anyone has actually detected it.

There's a reason NASA's mantra toward studying Mars is "follow the water." Not only is water important in helping us understand the climate of Mars, past and present, any deposits — liquid or otherwise — could play a role in our plans for Martian colonization.

Perhaps most exciting of all, though, it what this discovery of a Martian lake could mean in our search for extraterrestrial life. Almost anywhere on Earth that there's water, there's also life. If the same holds true on Mars, this discovery may mean the probability of the planet hosting some sort of life may have just increased dramatically.