On Tomorrow's Launch, NASA Is Sending Spacesuit Chunks to Mars

Is this what Martian spacesuits could eventually be out of? 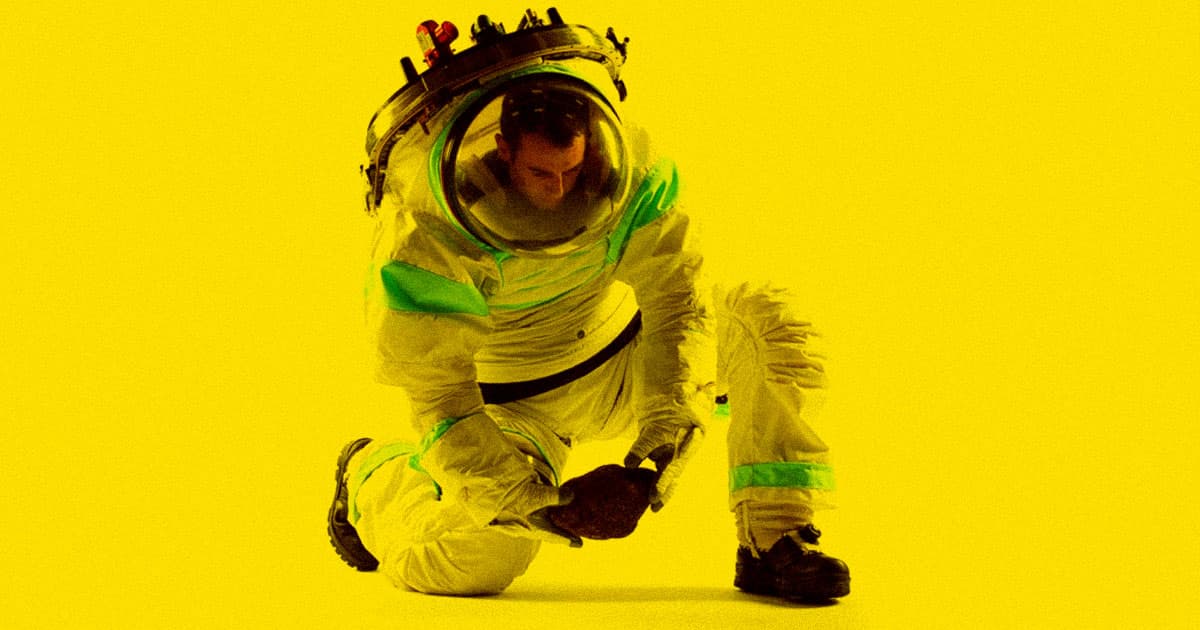 Besides a whole host of fascinating scientific instruments, the rover will also be carrying small bits of space suit to the Martian surface. The goal is to find out how different materials react to the unique Martian environment, in an effort to design a spacesuit meant for the first astronauts to survive on the hostile planet.

"The materials we're poking at the most are meant to be on the outer layer of a suit, since these will be exposed to the most radiation," explained Johnson Space Center spacesuit designer Amy Ross in a NASA Q&A. "We want to figure out how long these materials will last. Do we need to develop new materials, or will these hang in there?""

Five different spacesuit materials — alongside several pieces of Martian meteorite — will be studied by Perseverance's SHERLOC (Scanning Habitable Environments with Raman & Luminescence for Organics & Chemicals) instrument. These materials include vectran, a high strength and cut resistant fiber used in the palms of spacesuit gloves, and two types of teflon for dust resistance.

Then there's ortho-fabric, a special material made to withstand extreme temperatures. It's made out of a flame resistant material, Gore-Tex — the same stuff used in waterproof jackets and Kevlar, the synthetic fabric that makes bulletproof vests bulletproof.

A suit for Mars will need to ensure that astronauts are protected from heavy doses of UV radiation.

According to Ross, Mars may be quite different from the Moon, but challenges such as dust are similar. That's why NASA has been hard at work keeping dust out of the bearings used in any articulating joints, including the shoulders, wrists, and ankles.

"Mars spacesuits will be more like ones we use for the Moon and less like those for the ISS," Ross said. "I'm trying to make the Moon suit as much like the Mars suit as possible."

Considering that NASA astronauts are far more likely to make it to the Moon first, the agency will likely have a major leg up in its preparations for ensuring the safety of astronauts on Mars.

More on SHERLOC: Here's Why NASA's Next Rover is Bringing a Mars Rock Back to Mars

Read This Next
From the Dept. of Things to Buy
Review: The "Out of This World Cook Book" Chronicles the Early Meals of the Space Age
Overloaded
Whiny Space Tourists Say They Were Too Busy on the Space Station
The Moonian
Senior NASA Official Fears Getting "Stuck" on the Moon
Space Sick
Space Is Wreaking Havoc on Astronauts' Blood
Slip Sliding Away
NASA's Absurdly Expensive SLS Megarocket Is Broken Again
More on Sci-Fi Visions
Butcher Shop
1:07 AM on futurism
Neuralink Employees Admit Company Has Killed 1,500 Animals So Far
HIV Vaccine
Dec 2 on neoscope
Scientists Hopeful About Promising Results From HIV Vaccine
LIfe Finds a Way
Dec 1 on the byte
Billionaire Private Astronaut Suggests Reviving Dinosaurs
READ MORE STORIES ABOUT / Sci-Fi Visions
Keep up.
Subscribe to our daily newsletter to keep in touch with the subjects shaping our future.
+Social+Newsletter
TopicsAbout UsContact Us
Copyright ©, Camden Media Inc All Rights Reserved. See our User Agreement, Privacy Policy and Data Use Policy. The material on this site may not be reproduced, distributed, transmitted, cached or otherwise used, except with prior written permission of Futurism. Articles may contain affiliate links which enable us to share in the revenue of any purchases made.
Fonts by Typekit and Monotype.