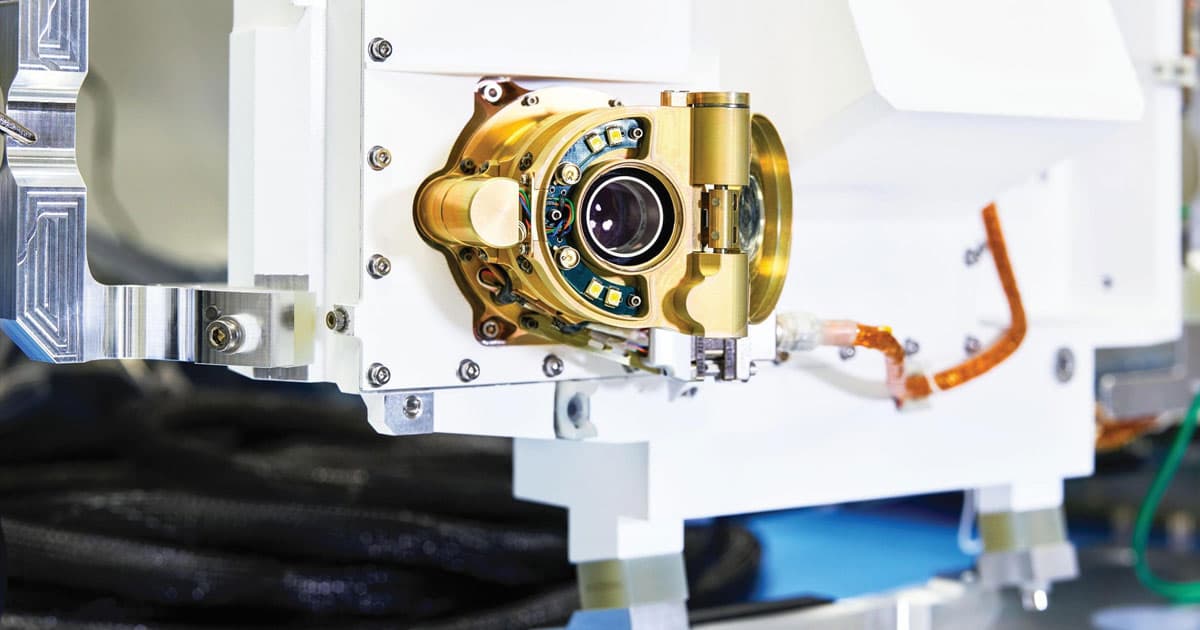 A small piece of Mars is making its way back home.

A small piece of Mars is making its way back home.

In a matter of days, NASA is set to launch its Perseverance rover to Mars.

One curiosity of the mission is that Perseverance will be bringing a rock back to the Red Planet that scientists believe originated on Mars roughly 600,000 to 700,000 years ago, as the BBC reports — for a fascinating scientific reason.

The rock, first discovered in the deserts of Oman in 1999, is one of nine materials that NASA's rover will take with it. These materials, housed inside a device on the rover called Sherloc, will serve to calibrate Perseverance's laser and spectroscopy instruments. In other words, it'll be a control to make sure that if Perseverance finds evidence of ancient life, it'll know for sure.

"We'll look at the calibration target in the first 60-90 days and perhaps not again for six months because we think the instrument is really very stable," Luther Beegle, principal investigator of Sherloc at NASA's Jet Propulsion Laboratory, told the BBC.

"But if we start seeing interesting things on the surface of Mars that we can't explain in the spectra, then we'll look back to the calibration target to make sure that the instrument's working correctly," he added.

The eventual goal is to collect interesting rocks, seal them in a small tube, and leave them behind on the Martian surface to be returned by later missions.

More on Perseverance: NASA’s Next Rover Will Bring First-Ever Microphone to Mars