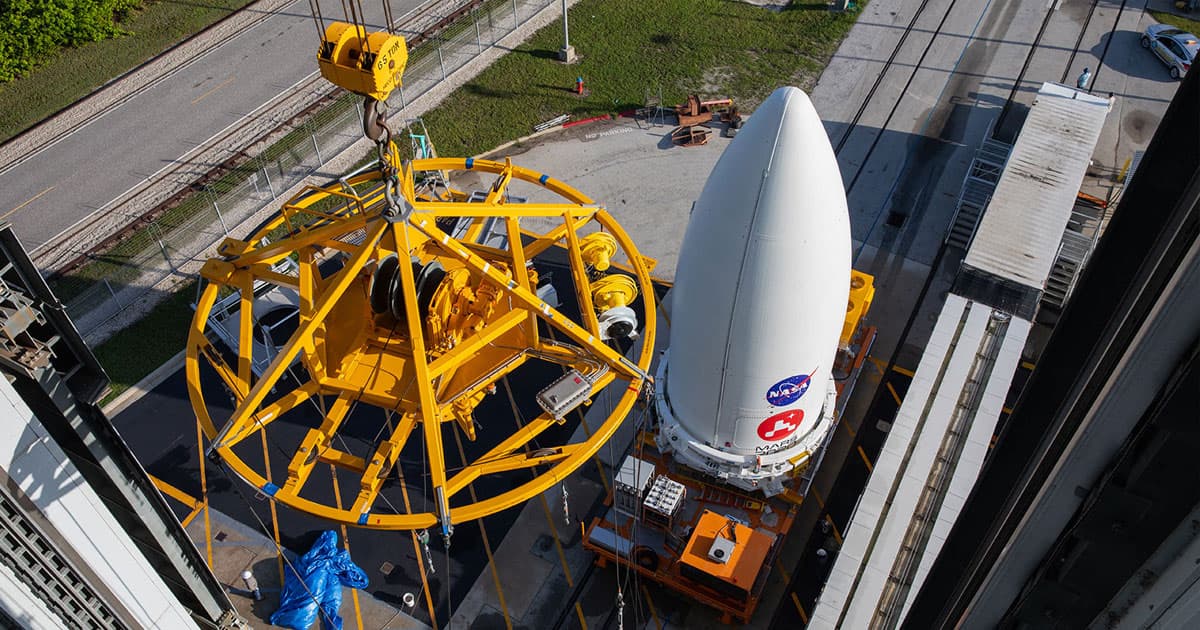 Here's How to Watch NASA Launch a Mars Mission This Week

NASA is about to launch its fifth rover to Mars — and you can watch right here.

NASA is about to launch its fifth rover to Mars — and you can watch right here.

NASA is about to embark on its latest Mars mission, sending its Mars 2020 Perseverance rover on its long journey to the Red Planet atop a United Launch Alliance Atlas V rocket. The launch is slated for Thursday, July 30 at 7:50 am EDT from Launch Complex 41 at Cape Canaveral Air Force Station in Florida.

Luckily, the space agency has set up a live stream on its website so you can follow along as it happens. Live coverage will start at 7 am.

The Perseverance rover, like its predecessors, will look for signs of ancient life on Mars using a new set of high-tech scientific instruments, including a ground-penetrating radar, a full set of weather analyzers, and 23 cameras in total.

The rover will also be carrying a truly unique payload: NASA's Mars Helicopter Ingenuity, a solar-powered drone that weighs a mere four pounds. It will attempt several flights across the Martian surface and will scout best driving routes for Perseverance.

Arrival at the Red Planet is slated for February 2021.

More on the mission: Three Separate Countries Are Launching Mars Missions This Month