It's the "Woodstock of gravity-modification research." 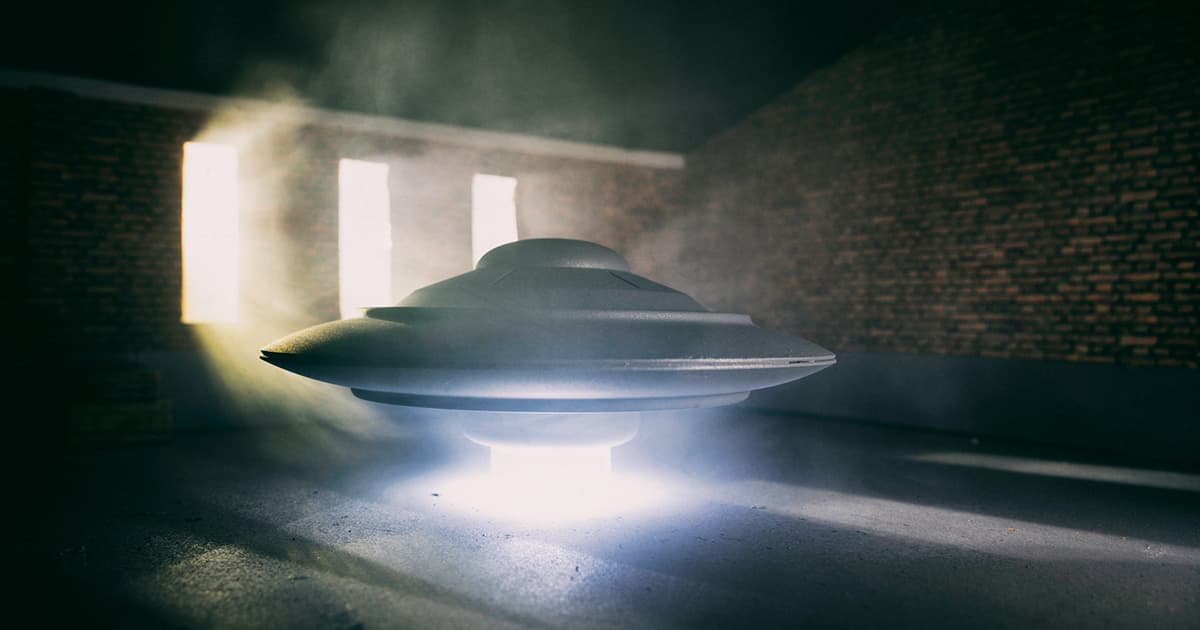 A number of NASA, DARPA, MIT and Air Force scientists met on Zoom in November to discuss something usually reserved for fringe theorists and cranks: how to defeat gravity, The Debrief reports.

The inaugural Alternative Propulsion Energy Conference (APEC) was formed to give scientists a chance to discuss taboo — and, to be fair, often far-fetched — ideas that fall outside the confines of mainstream science.

There have been 22 meetings in the series since then, according to The Debrief's reporting, with scientists discussing topics ranging from Non-Newtonian Em Propulsion to Unidentified Aerial Phenomena (UAP) sightings.

In other words, it's the "Woodstock of gravity-modification research," as Ron Kita, the founder of a venture called Chiralex that's working on "gravitational shielding" materials, called it in a quote for the event's homepage.

All told, the event is eyebrow-raising.

"We have folks from all of these cultures who visit the conference and present, and despite the fact that these various communities don’t always agree on some topics. We’ve been able to avoid conflict," he added.

Despite the odd topic, 16 out of 71 attendees at the November event were current or former NASA scientists and engineers, according to The Debrief, and 14 more were affiliated with reputable institutions including MIT and Harvard.

The topic of UFOs apparently made a big splash at November's conference. The topic has made a significant pop-culture resurgence this year, with military pilots openly talking about encounters and the Pentagon teasing a long-awaited report on the matter that was ultimately released in June.

"In the past, everyone had an awareness of UFOs, but they weren’t highly relevant because they aren’t well understood," Ventura told The Debrief, saying that the scientific community is exploring the topic more seriously than ever.

Despite their best efforts, though, gravity remains undefeated — though it's probably good that a few researchers are finding time to entertain long-shot conversations about how that might change.

READ MORE: Inside the World's Most Exclusive (and Strange) Anti-Gravity Club [The Debrief]

More on anti-gravity: This “Anti-Gravity” Machine Could Take Humanity to the Stars

Read This Next
"Hoodwinked"
New Pentagon Group Accused of Trying to "Bury" UFOs Again
Alien Sunburn
Pentagon Whistleblower Hints That Pilots Who Encountered UFOs Had Radiation Burns
Hmmmmmm
The Pentagon Just Released Its UFO Report
Hiding in Plain Sight
Astrophysicist Says Alien UFO Theories Are Stupid
How Not What
NASA Scientist: We Should Take UFOs as Seriously as Mars Research
More on Robots & Machines
From the Dept. of...
Yesterday on futurism
The Best Wireless Mouse of 2023
Balloon Boy
Monday on the byte
Other Chinese Balloons Apparently Flew Over America, But Nobody Noticed Them
From the Dept. of...
Monday on futurism
The Best Earbuds Under $50 in 2023
READ MORE STORIES ABOUT / Robots & Machines
Keep up.
Subscribe to our daily newsletter to keep in touch with the subjects shaping our future.
+Social+Newsletter
TopicsAbout UsContact Us
Copyright ©, Camden Media Inc All Rights Reserved. See our User Agreement, Privacy Policy and Data Use Policy. The material on this site may not be reproduced, distributed, transmitted, cached or otherwise used, except with prior written permission of Futurism. Articles may contain affiliate links which enable us to share in the revenue of any purchases made.
Fonts by Typekit and Monotype.