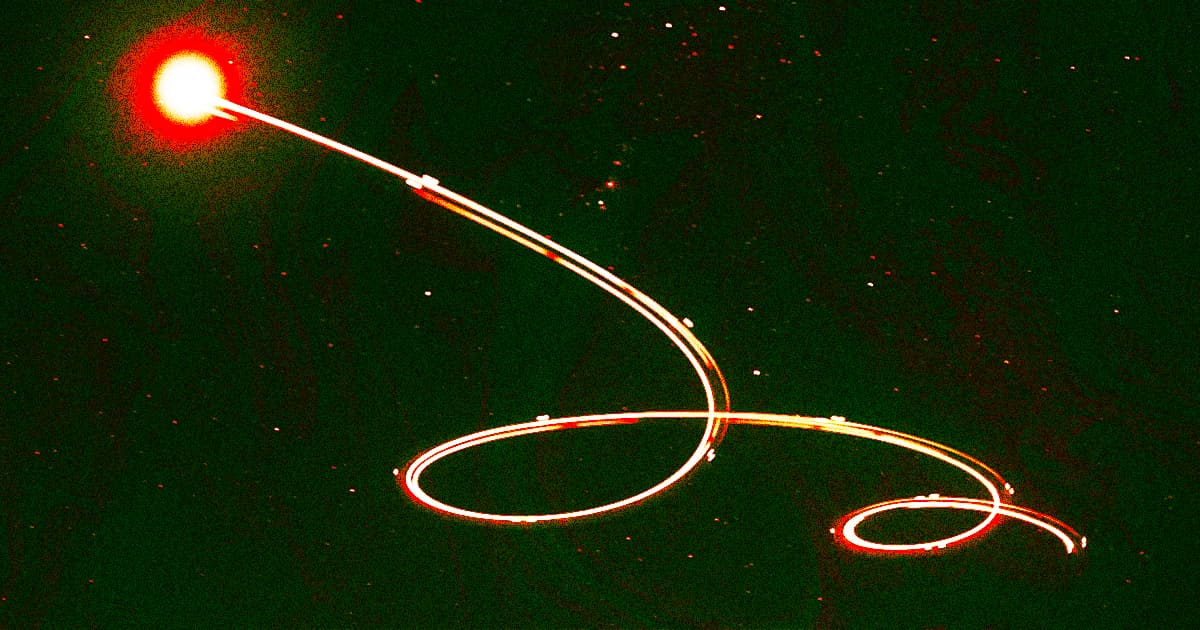 The Office of the Director of National Intelligence just dropped its hotly-anticipated declassified report on "unidentified aerial phenomena," which are essentially a wordy rebranding of "unidentified flying objects" (UFOs).

The major takeaway of the Friday evening release: disappointingly, very little. In the 9-page document, the Pentagon's best and brightest essentially threw up their hands and admitted that they can't explain the vast majority of apparent UFO sightings.

The report drew immense amounts of speculation before its release because of the remote possibility that it would say something concrete about alien life, but that didn't come to pass.

"We have no clear indications that there is any non-terrestrial explanation for them — but we will go wherever the data takes us," an anonymous US government official told NBC News shortly before the report was released. "We do not have any data that indicates that any of these unidentified air phenomena are part of a foreign collection program nor do we have any data that is indicative of a major technological advancement by a potential adversary."

The report itself is at times almost comically vague.

"There are probably multiple types of UAP requiring different explanations based on the range of appearances and behaviors described in the available reporting," reads one section. "Our analysis of the data supports the construct that if and when individual UAP incidents are resolved they will fall into one of five potential explanatory categories: airborne clutter, natural atmospheric phenomena, USG or U.S. industry developmental programs, foreign adversary systems, and a catchall 'other' bin."

In total, the report examined 144 incidents, 143 of which investigators were unable to explain.

But it did contain a few tantalizing references.

"The UAPTF holds a small amount of data that appear to show UAP demonstrating acceleration or a degree of signature management," reads another. But additional "rigorous analysis are necessary by multiple teams or groups of technical experts to determine the nature and validity of these data," it said.

Most of the most interesting gossip came from anonymous sources associated with the report, rather than the document itself.

"We absolutely do believe what we're seeing are not simply sensor artifacts," a government source told CNN, for instance. "These are things that physically exist."

Overall, answers are few and far between. And to be fair, the investigation was by definition immensely challenging from the start.

Read This Next
"Hoodwinked"
New Pentagon Group Accused of Trying to "Bury" UFOs Again
Alien Sunburn
Pentagon Whistleblower Hints That Pilots Who Encountered UFOs Had Radiation Burns
Alt Propulsion
NASA, DARPA, MIT Scientists Met to Discuss "Anti-Gravity" Tech
Hiding in Plain Sight
Astrophysicist Says Alien UFO Theories Are Stupid
How Not What
NASA Scientist: We Should Take UFOs as Seriously as Mars Research
More on Robots & Machines
FROM THE DEPT. OF...
Thursday on futurism
Best Charging Stations in 2022
FROM THE DEPT. OF...
Wednesday on futurism
Best Vintage Turntables in 2022
FROM THE DEPT. OF...
Wednesday on futurism
Best Gaming Chairs Under $100
READ MORE STORIES ABOUT / Robots & Machines
Keep up.
Subscribe to our daily newsletter to keep in touch with the subjects shaping our future.
+Social+Newsletter
TopicsAbout UsContact Us
Copyright ©, Camden Media Inc All Rights Reserved. See our User Agreement, Privacy Policy and Data Use Policy. The material on this site may not be reproduced, distributed, transmitted, cached or otherwise used, except with prior written permission of Futurism. Fonts by Typekit and Monotype.