"That’s not a sunburn; it’s a radiation burn." 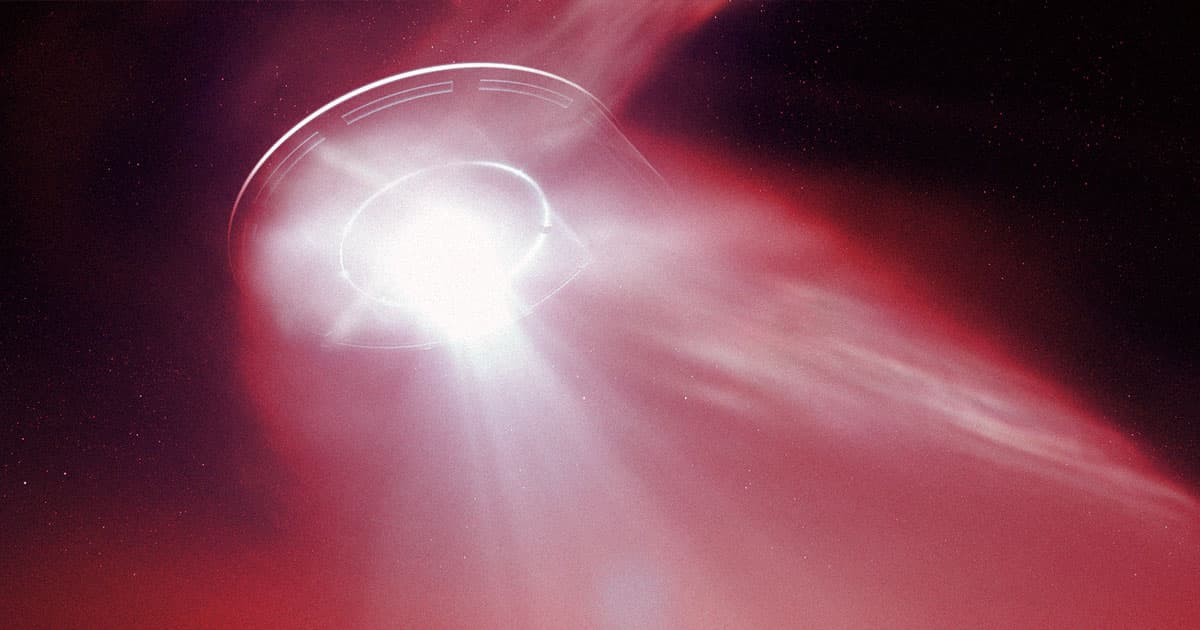 It's been four years since an explosive feature in The New York Times revealed a shadowy program run by the US military and tasked with investigating — yes, seriously — UFO encounters, accompanied by several videos showing the purported encounters.

Several pilots have come forward since then to discuss what they saw, which they've often characterized as oddly-shaped objects that appeared to defy the laws of physics as they hurtled through the air.

Former Pentagon intelligence officer and self-styled UFO whistleblower Luis Elizondo has publicly spoken of his own experiences, though his credibility has at times been called into question.

In a new interview with GQ, Elizondo suggested that pilots who had encountered the craft had ended up with physical symptoms, although his phrasing was ambiguous.

"I’ve got to be careful, I can’t speak too specifically, but one might imagine that you get a report from a pilot who says, 'Lue, it’s really weird. I was flying and I got close to this thing and I came back home and it was like I got a sunburn. I was red for four days,'" he told the magazine.

The former intelligence officer had his own interpretation of what that could mean.

"Well, that’s a sign of radiation," he said. "That’s not a sunburn; it’s a radiation burn."

Elizondo even went as far as saying that other pilots experienced the "warping of space time," only using "five minutes' worth of fuel" despite 30 minutes having passed.

"And the closer you get to one of these vehicles, the more you may begin to experience space time relative to the vehicle and the environment," he told GQ.

Tantalizingly, he also said that there are even more unreleased videos of the strange phenomena.

"There’s videos out there [in government, that the public haven’t seen] — there’s one that’s 23 minutes long," Elizondo told GQ. "There’s another one where this thing is 50 feet away from the cockpit."

So stay tuned — not necessarily for evidence of UFOs, but certainly for drama.

"We’re going to begin sharing information a lot more and I think people may be surprised just how much information is possessed on this topic by other countries," Elizondo added.

READ MORE: This man ran the Pentagon's secretive UFO program for a decade. We had some questions [GQ]

More on UFOs: Head of NASA Suggests That UFOs Could Be Alien Technology

Read This Next
"Hoodwinked"
New Pentagon Group Accused of Trying to "Bury" UFOs Again
Alt Propulsion
NASA, DARPA, MIT Scientists Met to Discuss "Anti-Gravity" Tech
Hmmmmmm
The Pentagon Just Released Its UFO Report
Hiding in Plain Sight
Astrophysicist Says Alien UFO Theories Are Stupid
How Not What
NASA Scientist: We Should Take UFOs as Seriously as Mars Research
More on Robots & Machines
From the Dept. of...
12:00 AM on futurism
The Best Mini Fridges of 2023
Blow Up Doll
Monday on the byte
Ukraine Accuses Russia of Using Inflatable "Dummy Tanks," Which Deflated
From the Dept. of...
Monday on futurism
The Best UPS Battery Backups of 2023
READ MORE STORIES ABOUT / Robots & Machines
Keep up.
Subscribe to our daily newsletter to keep in touch with the subjects shaping our future.
+Social+Newsletter
TopicsAbout UsContact Us
Copyright ©, Camden Media Inc All Rights Reserved. See our User Agreement, Privacy Policy and Data Use Policy. The material on this site may not be reproduced, distributed, transmitted, cached or otherwise used, except with prior written permission of Futurism. Articles may contain affiliate links which enable us to share in the revenue of any purchases made.
Fonts by Typekit and Monotype.