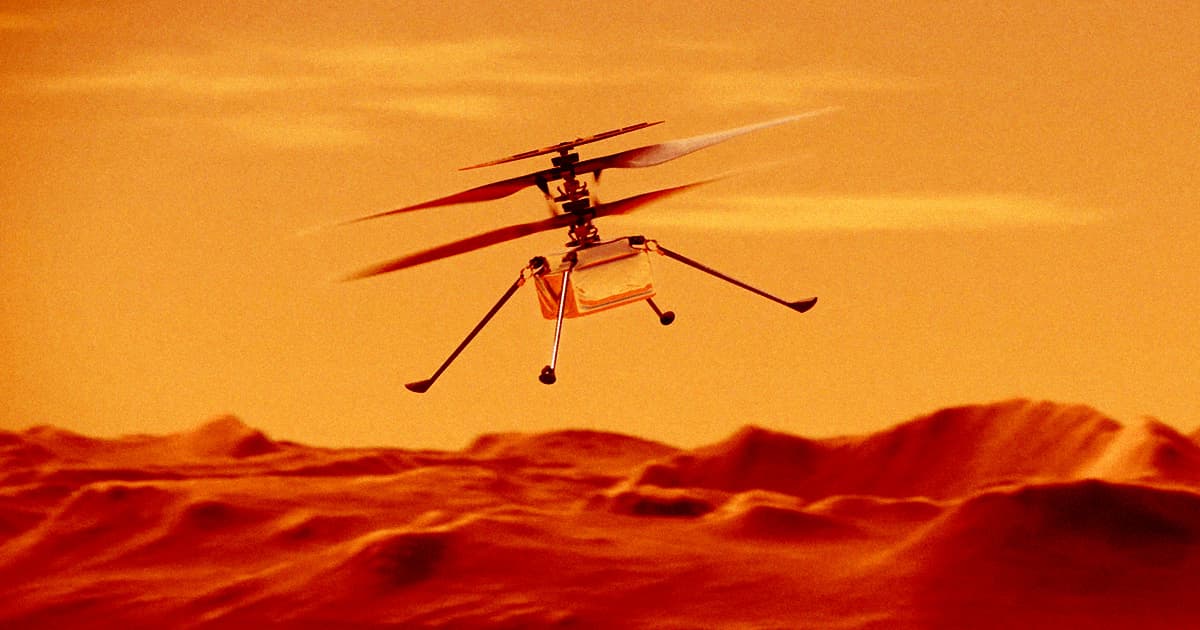 The Mars Helicopter Has Survived Longer Than NASA Planned

The four pound rotorcraft has an impressive five flights under its belt already since being dropped off by the agency's Perseverance rover on the Martian surface in early April.

According to CNN, that was supposed to be the end of the plucky helicopter's mission. But since it's still going strong, NASA is now pushing it even further with a slate of new missions that will expand the nascent field of extraplanetary aviation even further.

"We have already been able to gather all the flight performance data that we originally came here to collect," chief engineer Bob Balaram at NASA's Jet Propulsion Laboratory said following Ingenuity's fifth flight. "Now, this new operations demo gives us an opportunity to further expand our knowledge of flying machines on other planets."

If all goes well, Ingenuity's sixth flight will see it examining nearby rock features before touching down on a different airfield.

The flight represents the first of the helicopter's "operations demonstration phase," according to NASA, meaning that it's no longer just trying to prove that flying on Mars is possible — it's now finding ways aerial exploration could aid future research endeavors on Mars.

"Since Ingenuity remains in excellent health, we plan to use it to benefit future aerial platforms while prioritizing and moving forward with the Perseverance rover team’s near-term science goals," he added.

During the sixth planned flight, Ingenuity will fly to 33 feet, head southwest for just shy of 500 feet, take color pictures of the surrounding area, and then land at its new base, dubbed "Field C."

It will also attempt to break its own groundspeed record, traveling at 9 mph. It also marks the first time Ingenuity will attempt to land in a spot that is hasn't previously surveyed.

In fact, Ingenuity will rely on imagery collected by the HiRISE camera hooked up to NASA's Mars Reconnaissance Orbiter to find a suitable place to land — an impressive new collab between two pieces of NASA's Mars hardware.