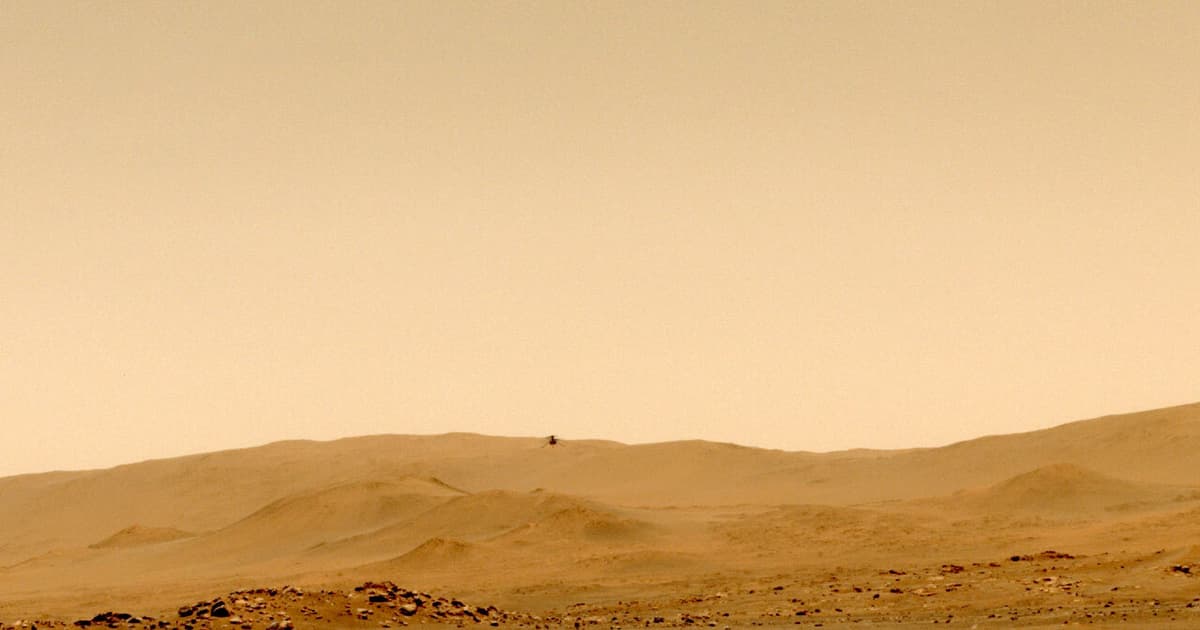 Check Out The New Digs

Oh, and it broke another flight record while doing it.

Oh, and it broke another flight record while doing it.

The helicopter successfully flew for the fifth time on Friday, flying 423 feet from its previous home base at Wright Brothers Field to a new airfield to the south, according to NASA’s status update on the mission.

"We bid adieu to our first Martian home, Wright Brothers Field, with grateful thanks for the support it provided to the historic first flights of a planetary rotorcraft," said Bob Balaram, Ingenuity Mars Helicopter’s chief engineer at JPL, in the update. "No matter where we go from here, we will always carry with us a reminder of how much those two bicycle builders from Dayton meant to us during our pursuit of the first flight on another world."

Ingenuity was also able to fly to an altitude of 33 feet before landing — a new record for Martian craft. Check out a pic of the flight below:

The latest flight marks a turning point for Ingenuity. Along with changing homes, the craft will now transition to its "demonstration phase."

"This phase will focus on investigating what kind of capabilities a rotorcraft operating in Mars can provide," NASA said in the status update. "Examples include scouting, aerial observations of areas not accessible by a rover, and detailed stereo imaging from atmospheric altitudes."

The insights gleaned during this phase cannot be understated. It’ll help determine and guide future flight missions on Mars for generations to come.

"This fifth flight of the Mars Helicopter is another great achievement for the agency," said Bob Pearce, associate administrator for NASA’s Aeronautics Research Mission Directorate, said in the update. "The continuing success of Ingenuity proves the value of bringing together the strengths of diverse skill sets from across the agency to create the future, like flying an aircraft on another planet!"

More on Ingenuity: Listen to NASA’s Mars Helicopter Taking Off