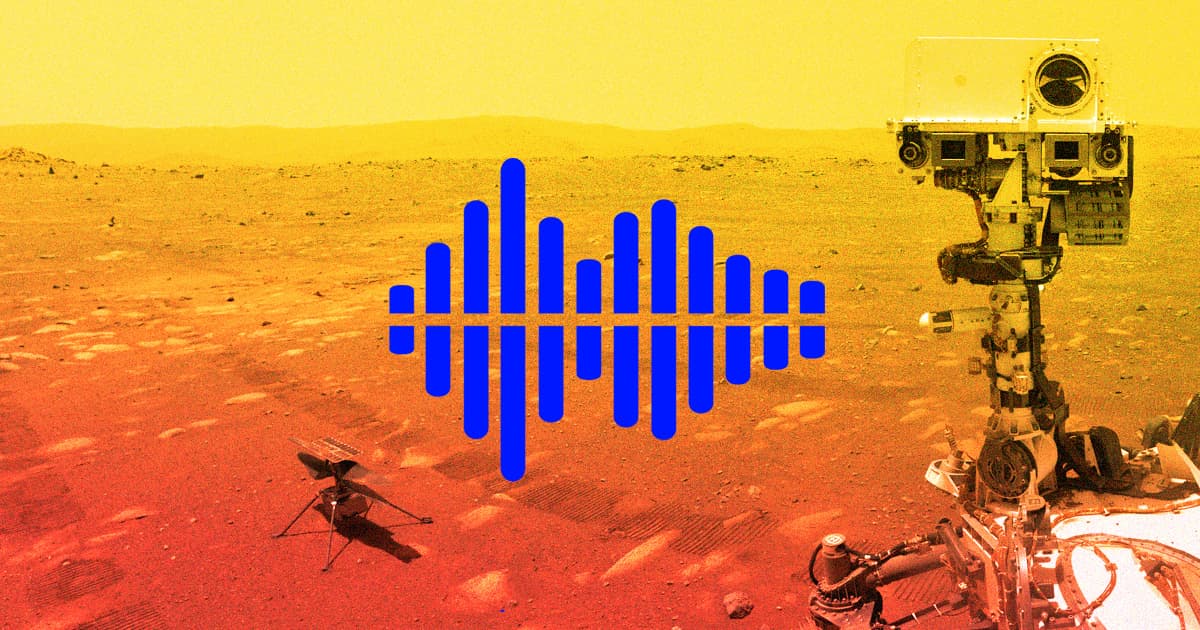 "This is a very good surprise."

"This is a very good surprise."

NASA has released the first-ever sounds of its Mars Helicopter in flight.

The recordings were picked up by the Perseverance rover some 262 feet away, which used on of its two microphones to record the sounds coming from the agency's Ingenuity rotorcraft taking to the skies for the fourth time on April 30.

It's a fascinating video, including an audible low-frequency hum coming from the two four-foot blades as they spin up to 2,537 revolutions per minute.

The sound is muffled thanks to the extremely thin Martian atmosphere.

"We had carried out tests and simulations that told us the microphone would barely pick up the sounds of the helicopter, as the Mars atmosphere damps the sound propagation strongly," Mimoun said. "We have been lucky to register the helicopter at such a distance."

"This recording will be a gold mine for our understanding of the Martian atmosphere," he added.

The mono recording was adjusted slightly to make the 84 hertz sound of the helicopter blades stand out.

"This is an example of how the different payload instrument suites complement each other, resulting in information synergy," said Soren Madsen, Perseverance payload development manager at NASA’s Jet Propulsion Laboratory, in the statement.

"In this particular case, the microphone and video let us observe the helicopter as if we are there, and additional information, such as the Doppler shift, confirms details of the flight path," Madsen said.