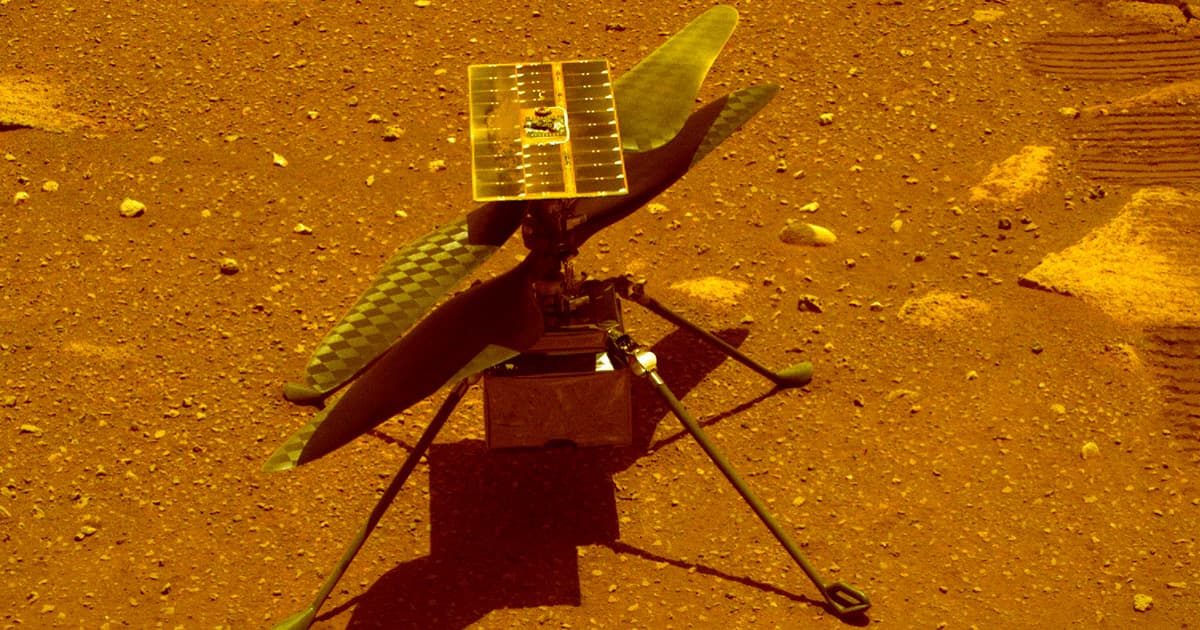 Ingenuity managed to fly "farther and faster than ever before."

Ingenuity managed to fly "farther and faster than ever before."

After a failed attempt earlier this week, NASA's Ingenuity Mars Helicopter has successfully taken to the skies for a fourth time, soaring to new heights.

Success 👏#MarsHelicopter completed its 4th flight, going farther & faster than ever before. It also took more photos as it flew over the Martian surface. We expect those images will come down in a later data downlink, but @NASAPersevere's Hazcam caught part of the flight. pic.twitter.com/Fx3UHu4jgv

The four pound rotorcraft managed to fly "farther and faster than ever before," according to an announcement by NASA's Jet Propulsion Laboratory. The plan was for it to fly hundreds of feet south to collect aerial images of potential new landing zones before returning to its launch pad, dubbed the Wright Brothers Field.

"It also took more photos as it flew over the Martian surface," JPL tweeted. "We expect those images will come down in a later data downlink, but [NASA's Perseverance rover]'s Hazcam caught part of the flight."

After successfully proving powered controlled flight is possible on the surface of Mars, the small rotorcraft will now begin "exploring how aerial scouting and other functions could benefit future exploration of Mars and other worlds," according to a recent statement.

"The Ingenuity technology demonstration has been a resounding success," said Thomas Zurbuchen, associate administrator for NASA’s Science Mission Directorate, in the statement. "Since Ingenuity remains in excellent health, we plan to use it to benefit future aerial platforms while prioritizing and moving forward with the Perseverance rover team’s near-term science goals."

Ingenuity's next flight will see it completing a one-way journey to a new site south of Perseverance's original landing site.

It's an exciting new chapter in the helicopter's short time on the surface of the Red Planet. We can't wait to see where it manages to get to next.

More on Ingenuity: NASA’s Mars Helicopter Fails to Make It Off the Ground for Fourth Flight