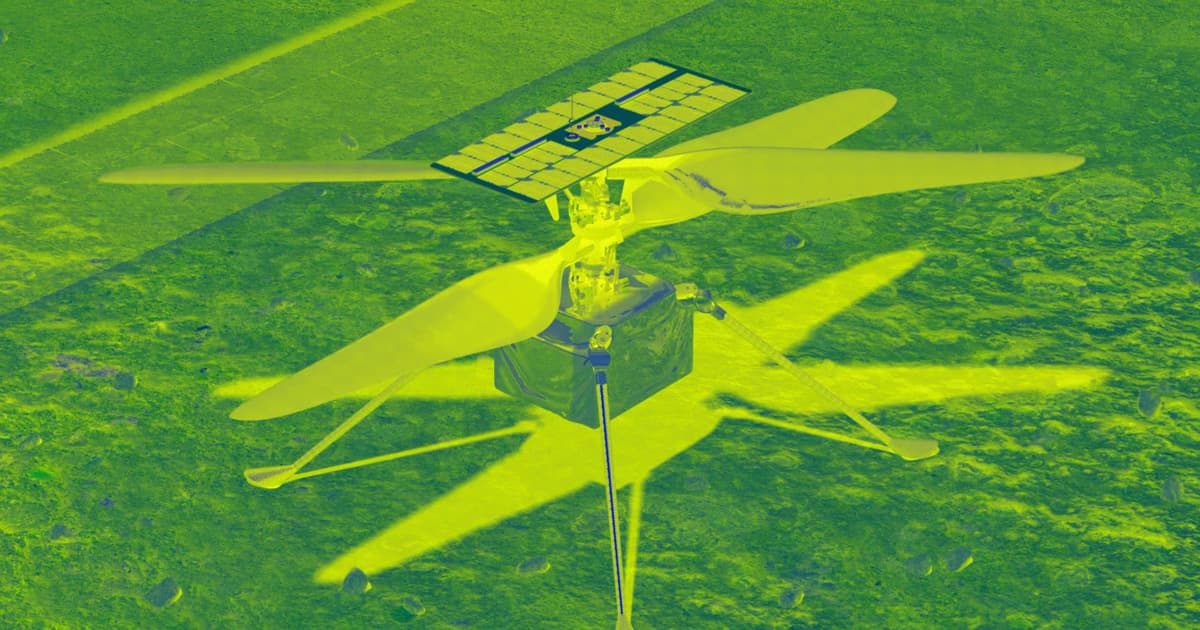 "The team remains committed to building our flight experience one step at a time."

"The team remains committed to building our flight experience one step at a time."

NASA's Mars helicopter has hit a bit of a snag.

"Aim high, and fly, fly again," a Thursday tweet by NASA's Jet Propulsion Laboratory reads. "The Mars Helicopter's ambitious fourth flight didn't get off the ground, but the team is assessing the data and will aim to try again soon."

In reality, it remains unclear what the helicopter's current state is — and it would be a shame if it had already broken down after just three flights on Mars.

Aim high, and fly, fly again. The #MarsHelicopter's ambitious fourth flight didn't get off the ground, but the team is assessing the data and will aim to try again soon. We'll keep you posted. https://t.co/TNCdXWcKWE pic.twitter.com/HDaF0fAILs

The tiny four pound rotorcraft was supposed to push the envelope with its fourth and fifth flight attempts. The plan was for it to fly to an altitude of 16 feet and then fly south for 276 feet, passing over rocks and small impact craters and taking some pictures along the way before returning to its original landing location.

The news comes after Ingenuity broke its own flight speed record during its third flight earlier this month, flying 64 feet across the Martian surface and reaching a top speed of 6.6 feet per second.

"To achieve the distance necessary for this scouting flight, we're going to break our own Mars records set during flight three," Johnny Lam, backup pilot for the Ingenuity Mars helicopter at JPL, said in a Wednesday statement. "We’re upping the time airborne from 80 seconds to 117, increasing our max airspeed from 2 meters per second to 3.5 (4.5 mph to 8), and more than doubling our total range."

"We have been kicking around several options regarding what a flight five could look like," Ingenuity chief engineer Bob Balaram said in the statement. "But ask me about what they entail after a successful flight four. The team remains committed to building our flight experience one step at a time."

Let's hope Ingenuity gets back on track and takes to the Martian skies yet again.

More on Ingenuity: Mars Helicopter Snaps Photo of Mars Rover, Way Down on the Surface