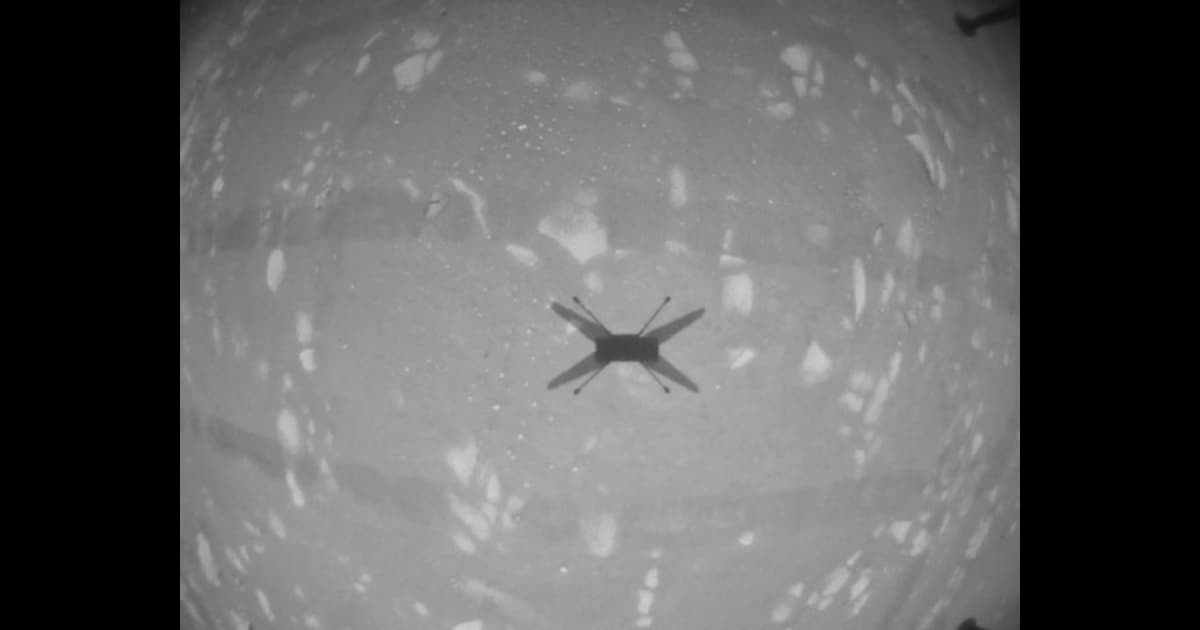 NASA’s Mars helicopter has successfully flown for a third time on the martian surface.

The Ingenuity helicopter took to the skies again on Sunday, according to a NASA status update. The agency said that Ingenuity was able to fly "faster and farther" than any of its tests on Earth — which is a monumental achievement.

"Today’s flight was what we planned for, and yet it was nothing short of amazing," said Dave Lavery, the program executive for Ingenuity Mars Helicopter at NASA Headquarters, in the update. "With this flight, we are demonstrating critical capabilities that will enable the addition of an aerial dimension to future Mars missions."

Third flight in the history books✅
Our #MarsHelicopter continues to set records, flying faster and farther. The space chopper is demonstrating critical capabilities that could enable the addition of an aerial dimension to future missions to Mars & beyond. https://t.co/TNCdXWcKWE pic.twitter.com/Uaxrr23Rfh

During its third flight, Ingenuity reached an altitude of 16 feet before flying 64 feet across the martian surface (roughly half the length of a football field). The craft reached a top speed of 6.6 feet per second or 4.5 miles per hour.

While it may not seem like much, that’s faster than any speed it ever reached during its tests on Earth or during its previous lateral flight on Mars. It’s also the furthest distance the craft has ever flown.

Like a proud parent at their child’s music recital, NASA’s Perseverance Mars rover was nearby to capture video of the Ingenuity helicopter as it made yet another record-breaking flight. Parts of the video will be sent back to Earth within the coming days, and is expected to show much of the helicopter’s third flight.

Ingenuity was able to use its onboard black-and-white navigation camera to capture a great photo of the martian surface as it flew over it. Check it out below:

While the image is cool, it actually represents a massive milestone for the helicopter: It’s able to successfully process images from the navigation camera as it flies over a longer distance.

Remember: The helicopter hadn't flown at these speeds and distances before — so NASA wasn't sure if it was going to be able to do this.

"This is the first time we’ve seen the algorithm for the camera running over a long distance," said MiMi Aung, Ingenuity’s project manager at JPL. "You can’t do this inside a test chamber."

Not ones to rest on its laurels, NASA is already planning a fourth flight for Ingenuity in the coming days.