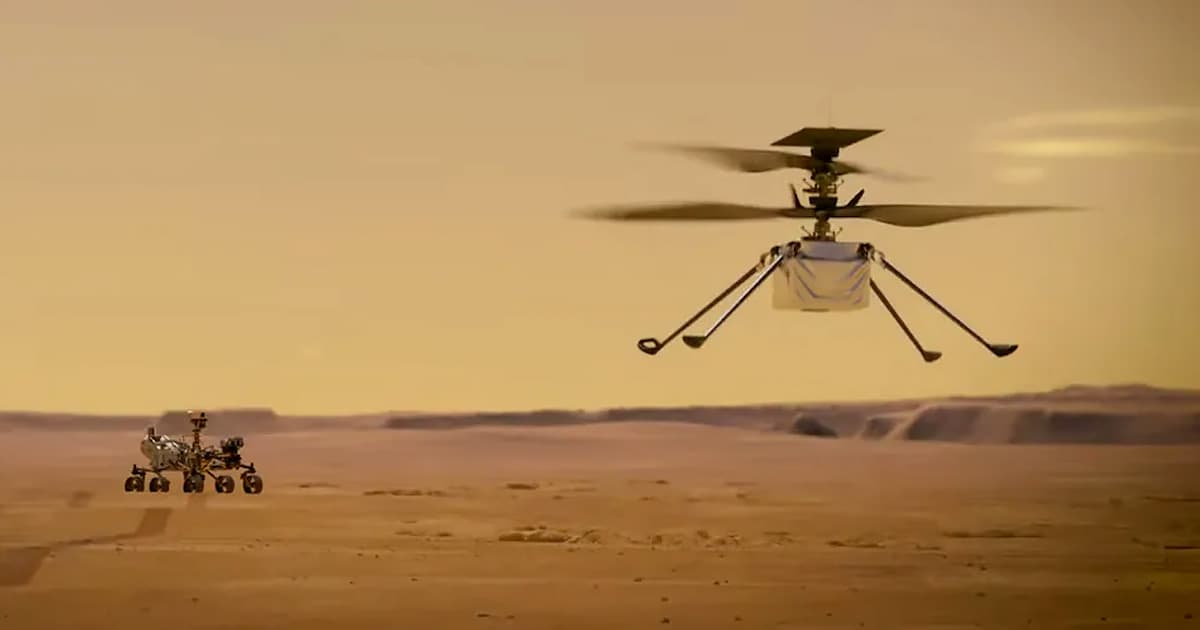 Mars Helicopter Snaps Photo of Mars Rover, Way Down on the Surface

During its third heroic flight on the surface of Mars on April 25, NASA's Mars Ingenuity helicopter managed to catch its big brother, the agency's Perseverance rover, in the frame of a newly-released photo.

The tiny helicopter managed to take the shot from an altitude of 16 feet and a distance of 279 feet away from the rover.

It's a magnificent photo — and the first time we've ever seen a Mars rover from this perspective.

In the image, NASA's car-sized rover can be seen in the far top left corner of the frame.

The image also shows the tracks left by Perseverance's six wheels, as well as the Octavia E. Butler Landing site where the rover first touched down, as well as the Wright Brothers field, the airfield where Ingenuity first took flight on April 19.

The four pound rotorcraft managed to break its own speed record during its third flight on April 25. The team at NASA's Jet Propulsion Lab celebrated the flight as a major success, showing what it was truly capable of.

"With this flight, we are demonstrating critical capabilities that will enable the addition of an aerial dimension to future Mars missions," Dave Lavery, the program executive for Ingenuity Mars Helicopter at NASA, said in a statement at the time.

A video captured by Perseverance also shows the third flight in almost in its entirety, demonstrating just how far the little helicopter managed to get.