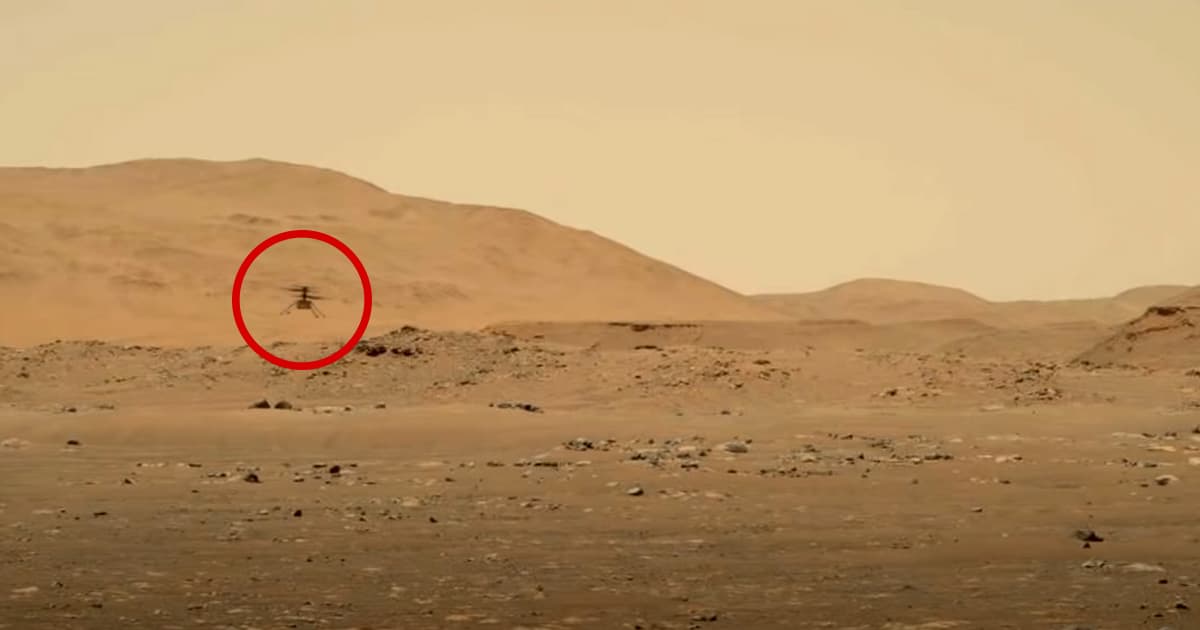 Ingenuity took its biggest leap yet.

Ingenuity took its biggest leap yet.

NASA's Ingenuity Mars Helicopter successfully set a new speed record over the weekend during its third powered flight on the surface of the Red Planet.

It flew some 164 feet at an altitude of 16 feet, reaching a top speed of 6.6 feet per second. The entire flight lasted about 80 seconds.

It may have been the third try, but it's the first time we've seen Ingenuity really stretch its capabilities — especially when it comes to covering distance on the vast, deserted landscape.

The agency's Perseverance rover, Ingenuity's ride to Mars, watched and filmed the spectacle from a safe distance near the "Van Ozyl Overlook," using a camera mounted to its mast.

Perseverance managed to catch almost the entire flight on camera, with Ingenuity briefly popping out of the frame. It also gives amazing context, showing just how far the little, four pound rotorcraft got.

Ingenuity also sent back a third color image it took during its second flight on April 22, showing Perseverance's track marks from an altitude of 17 feet.

The team is already working on setting Ingenuity up for its fourth flight in the coming days. Who knows how far it will make it then?