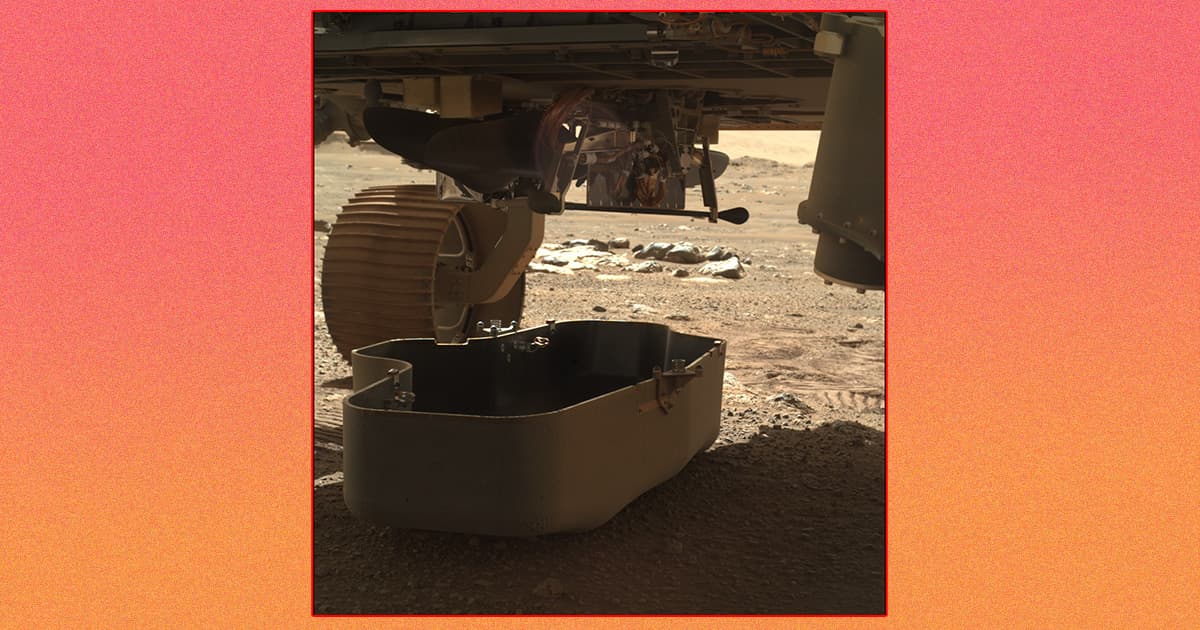 Ingenuity is about to make history.

Ingenuity is about to make history.

In a matter of weeks, NASA will attempt a historic first by directing a small helicopter to take flight on another planet.

Ingenuity, a four-pound helicopter, is tucked under the belly of the agency's Perseverance rover on Mars. And it's getting ready for its big moment. As soon as April 8, Ingenuity will attempt to fly to an altitude of three meters.

To celebrate the momentous occasion, NASA stashed a stamp-sized piece of fabric from the famous Wright aircraft under Ingenuity's solar panel, as the helicopter's chief engineer Bob Balaram revealed during a Tuesday briefing.

Orville Wright became the first to fly a powered aircraft back in 1903 in their Wright Flyer, an experimental airplane made out of spruce wood and powered by a 180 pound engine.

Now, a small piece of the unbleached muslin fabric that was stretched over its frame resides on Mars. In fact, a different piece of fabric and wood from the craft made it to the surface of the Moon, courtesy of Apollo 11's landing in July 1969.

Perseverance will soon drop Ingenuity on the rocky surface of Mars and clear some ground to make sure the helicopter has plenty of room. Many challenges lay ahead for the small aircraft.

"While getting deployed to the surface will be a big challenge, surviving that first night on Mars alone, without the rover protecting it and keeping it powered, will be an even bigger one," Balaram said on Tuesday.