You're looking at "the first airfield on another planet." 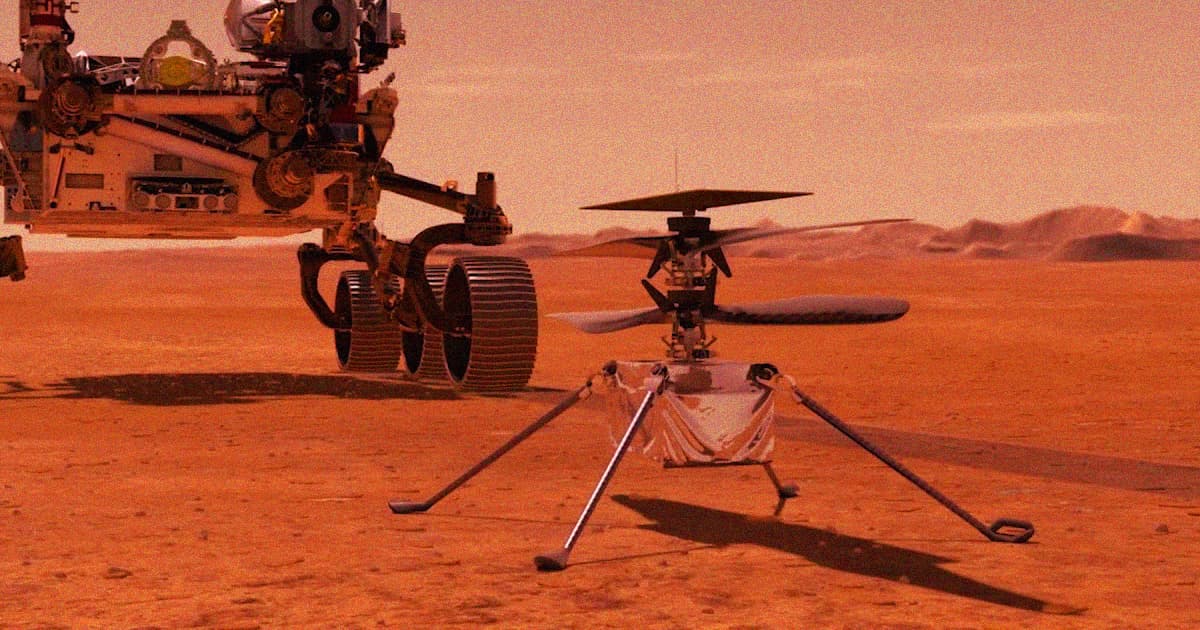 NASA has chosen the location where it will attempt a historic first: the first time a manmade object will try to take flight off the surface of another planet.

As early as April, NASA's Ingenuity Mars helicopter will attempt to fly to roughly ten feet, according to acting NASA administrator Steve Jurczyk, who spoke during a Tuesday media briefing.

The agency has officially chosen the "airfield" and "flight zone" for Ingenuity. The team at NASA's Jet Propulsion Laboratory chose the area just north of the Perseverance rover's landing site. A bird's eye view shows an elongated zone delineating the area where the tiny four pound helicopter will attempt to fly.

"We began to realize that we might just have a really great airfield right in front of our noses," Hovard Grip, Ingenuity chief pilot at JPL, said during the briefing. Images taken by the Perseverance rover's navigational images later confirmed that the surrounding area is pretty much a perfect fit.

"We really scoured this area, we looked at every little rock and pebble within that airfield and measured it before we finally were comfortable saying 'Yes! This is going to be our home base for the helicopter,'" Grip said, calling it the "first airfield on another planet" and that the plan is to "deploy the helicopter right in the middle of that."

The area was chosen due to the fact that it's flat and that there are a very few obstacles to potentially get in its way. The larger "flight zone" was chosen for its various "textures," according to Grip, referring to varying geographical features the aircraft can use to locate itself.

The aircraft analyzes a 30 frames a second camera feed to inform its flight. It combines that with other sensors to make minute adjustments up to 500 times a second to keep itself safe, particularly from winds and gusts, according to Grip.

Grip called the first powered flight the most important one, pointing out that the team will call the Ingenuity project a mission success if the first flight goes according to plan — and everyone will certainly celebrate that a milestone along with them.

More on the helicopter: NASA May Have Picked a Place to Fly the Mars Helicopter