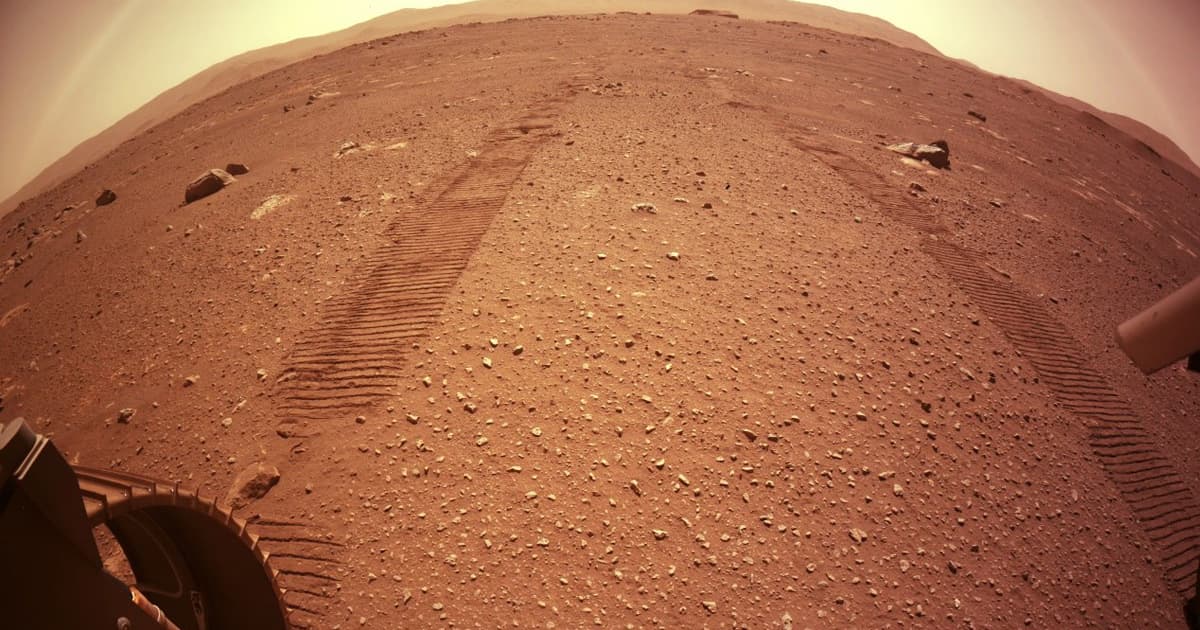 NASA May Have Picked a Place to Fly the Mars Helicopter

Perseverance is about to drop off one of its most prized possessions.

Perseverance is about to drop off one of its most prized possessions.

After touching down in the Jezero Crater on February 18, NASA's Perseverance rover is getting ready for its big journey.

Over the last couple of weeks, the six-wheeled rover has stretched its arms and its wheels — and now it's hunting for a spot to drop one of its most prized possessions: Ingenuity, a small helicopter capable of flying in the Red Planet's thin atmosphere.

"I’ve continued driving to scout a spot where I’ll drop off the Mars Helicopter, if the area gets certified as a flight zone," a Monday tweet by the rover's official Twitter account reads. "So far, about 230 feet (70 meters) of wheel tracks behind me."

I’ve continued driving to scout a spot where I’ll drop off the Mars Helicopter, if the area gets certified as a flight zone. So far, about 230 feet (70 meters) of wheel tracks behind me.

According to NASA's latest geolocation data, Perseverance currently finds itself in a place that's mostly void of tall cliffs or other difficult terrain that could make flying a helicopter on Mars even more challenging than it already is.

Ingenuity is a small proof of concept drone that NASA is planning to use to attempt a historic first: the inaugural time a human-made machine has taken flight off the surface of another planet.

If successful, small aircraft could cover far more ground and explore far more of the Martian surface than any rover that came before them.

The four-pound rotorcraft is still tucked into the belly of the Perseverance rover. In a matter of weeks, the rover will drop the drone off on the surface below. Perseverance will then keep driving away from the drone to give it some space.

NASA's Ingenuity team at the agency's Jet Propulsion Laboratory have planned a number of flights with varying lengths and altitudes. While engineers on Earth will give it a set of commands ahead of time, Ingenuity will be conducting these tests autonomously.

Some time this spring, likely between April 19 and May 19, the pair of four foot counterrotating wings will then spin up to a dizzying 2,400 rpm to provide enough lift in the thin atmosphere of Mars.

If all goes according to plan, NASA will have accomplished its own "Wright Brothers moment."