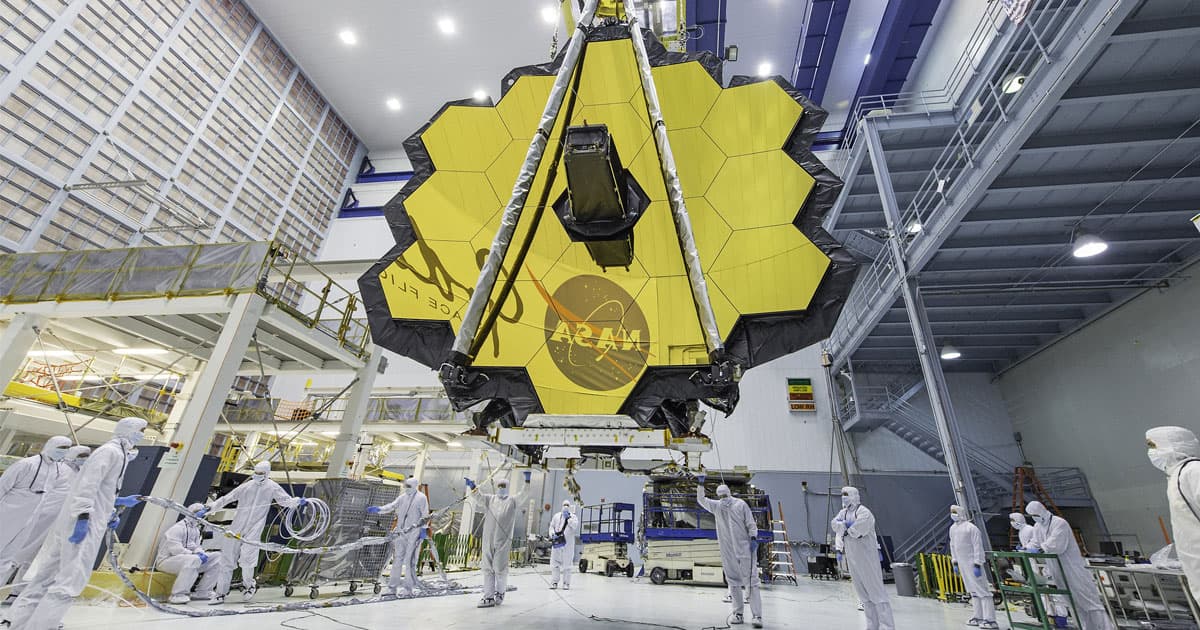 "I will almost certainly watch the launch and be terrified the entire time."

"I will almost certainly watch the launch and be terrified the entire time."

NASA is about to blast a massive space telescope into space that has cost the agency approximately $10 billion and more than 20 years to build — meaning that astronomers are absolutely horrified by the possibility that something could go wrong during the launch later this month, The New York Times reports.

"I will almost certainly watch the launch and be terrified the entire time," University of New Hampshire physics professor Chanda Prescod-Weinstein told the newspaper.

The Ariane 5 rocket, with NASA's James Webb Space Telescope on board, is set to launch from a European facility in French Guiana on December 22, the culmination of years of delays and massive budget overruns.

Engineers were already holding their breath after technicians encountered a heart-stopping "incident" last month while mounting the structure to the rocket’s launch vehicle adapter, in a hiccup that ended up pushing back the telescope's launch even further.

Even once it's in space, the telescope will have to deploy a gigantic mirror made up of several hexagonal mirror pieces, a process that will take six nail-biting and anxiety-inducing months to complete.

"The entire astronomy community, given the broad range of anticipated science returns and discovery potential, has skin in the game," Yale astrophysicist Priyamvada Natarajan told the Times. "We are all intellectually and emotionally invested."

In other words, the stakes couldn't be higher.

"Any failure of JWST would be disastrous for NASA," Cambridge University astronomer Martin Rees told the NYT in an email, noting that any points of failure during the unfurling of the mirrors could end up being "a mega-catastrophic and embarrassing PR disaster."

Unfortunately, failure is always an option. Such a disaster could leave a very dark mark for the space agency, like when it accidentally crashed a spacecraft into Mars.

But the payoff could be equally huge: once deployed, the space telescope could usher in a new era in space exploration, potentially rewriting our understanding of the early days of the our universe — much like its predecessor, NASA's Hubble Space Telescope.

More on the telescope: The Mighty James Webb Space Telescope Is All Fueled Up for Launch